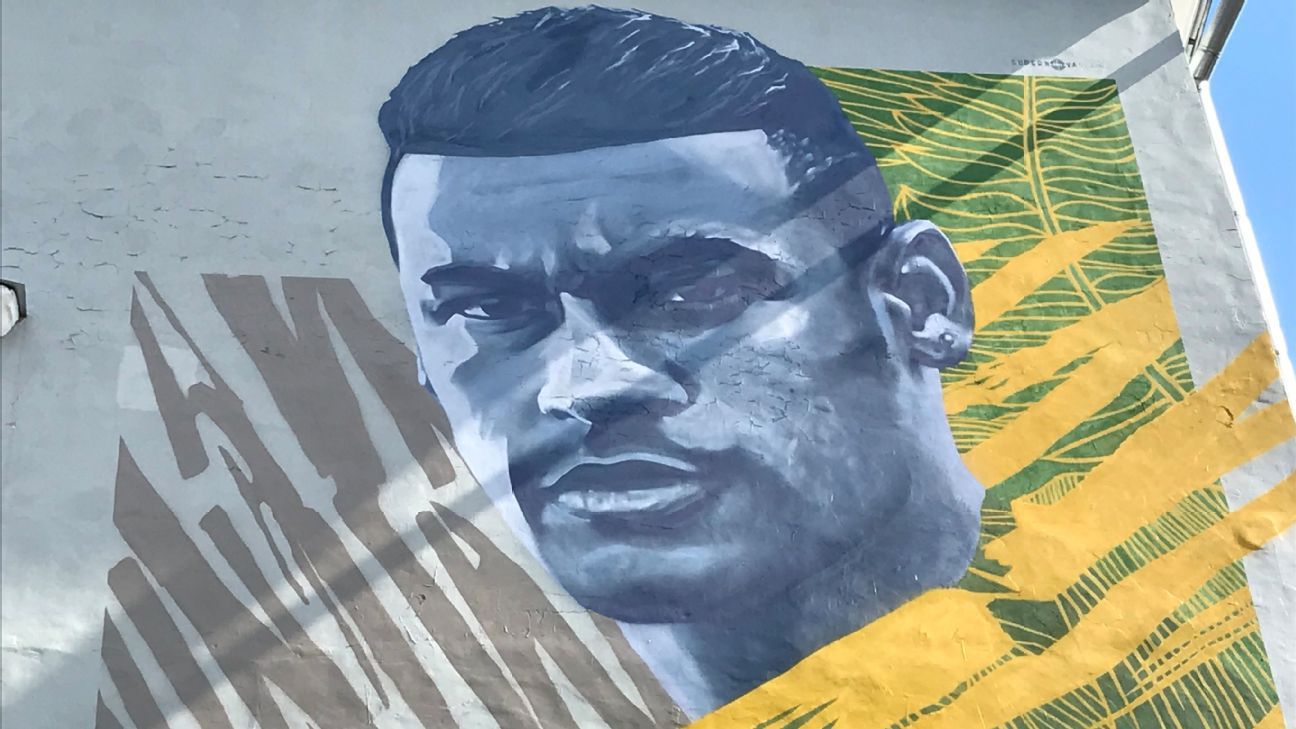 
Kazan has another new World Cup mural. After Cristiano Ronaldo’s and Lionel Messi’s, now it’s Brazil forward Neymar who had his face immortalised on one of the Russian city’s walls.

Neymar’s painting was positioned elsewhere from those of his fellow megastars, in front of the Mirage Hotel, which hosts the Selecao in Russia.

Ronaldo and Messi are both portrayed outside the Ramada Hotel, a little too close for comfort.

Is there NO escape for Messi??
This is what he and the Argentina team look onto from their hotel rooms in Kazan.
Ronaldo goading him: “I scored 4 goals. Can you beat that Leo?”#FRAARG #worldcup pic.twitter.com/C6CpJaLHyq

Ronaldo was the first of the trio to have his own mural, when Portugal travelled to Russia to compete in the 2017 Confederations Cup.

The idea was thought up by the mayor of Kazan, and he repeated the trick when he discovered that Messi would also be in the city with Argentina’s national team for their round-of-16 match against France.

Which is your favourite?