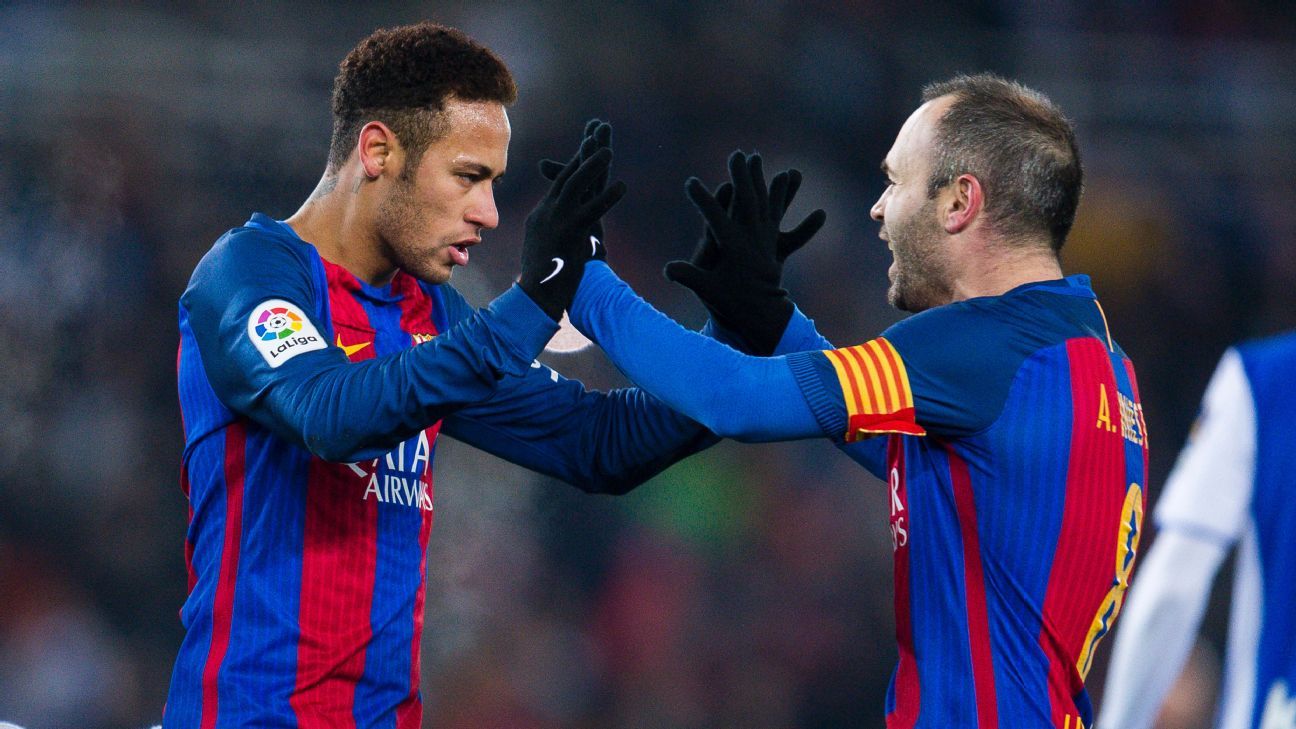 
Andres Iniesta has said it would not upset him to see his former Barcelona teammate Neymar play for Real Madrid one day.

Neymar, who joined Paris Saint-Germain in 2017 a world-record €222 million transfer after four successful seasons alongside Iniesta at Barca, has been repeatedly linked with Real Madrid.

When Iniesta was asked about that possibility, he told Cadena Ser: “It wouldn’t hurt me because they are decisions that if they happen, happen. Madrid would reinforce themselves with a unique player.”

Iniesta, who left Barca for Japanese club Vissel Kobe after last season, doesn’t think such a move would hurt Barca.

“Barcelona have unique players and I see them candidates to win all the titles,” he said. “Barca have reinforced themselves well this year. There are people like [Philippe] Coutinho, who has adapted well. I see a powerful team.”

Despite reports of a return, Iniesta does not envision Neymar ever wearing the Barca colours again.

El Mundo Deportivo reported before the start of the season that Neymar wants to return to the Camp Nou.

“I think it’s difficult,” Iniesta said. “Obviously Neymar continues to be one of the best and in any team he would make a difference. But it’s not easy to return.”

Chelsea, Man City to ask out of Super League in shock reversal
Can Vela, Rossi deliver LAFC an MLS Cup before their time in MLS ends?
Arsenal struggle as Bellerin, Gabriel get 4/10 but Nketiah saves the day
Benzema 9/10, Casemiro 8/10 as Madrid beat Cadiz to move joint-top of La Liga
Bayern Munich coach Flick confirms departure at end of season