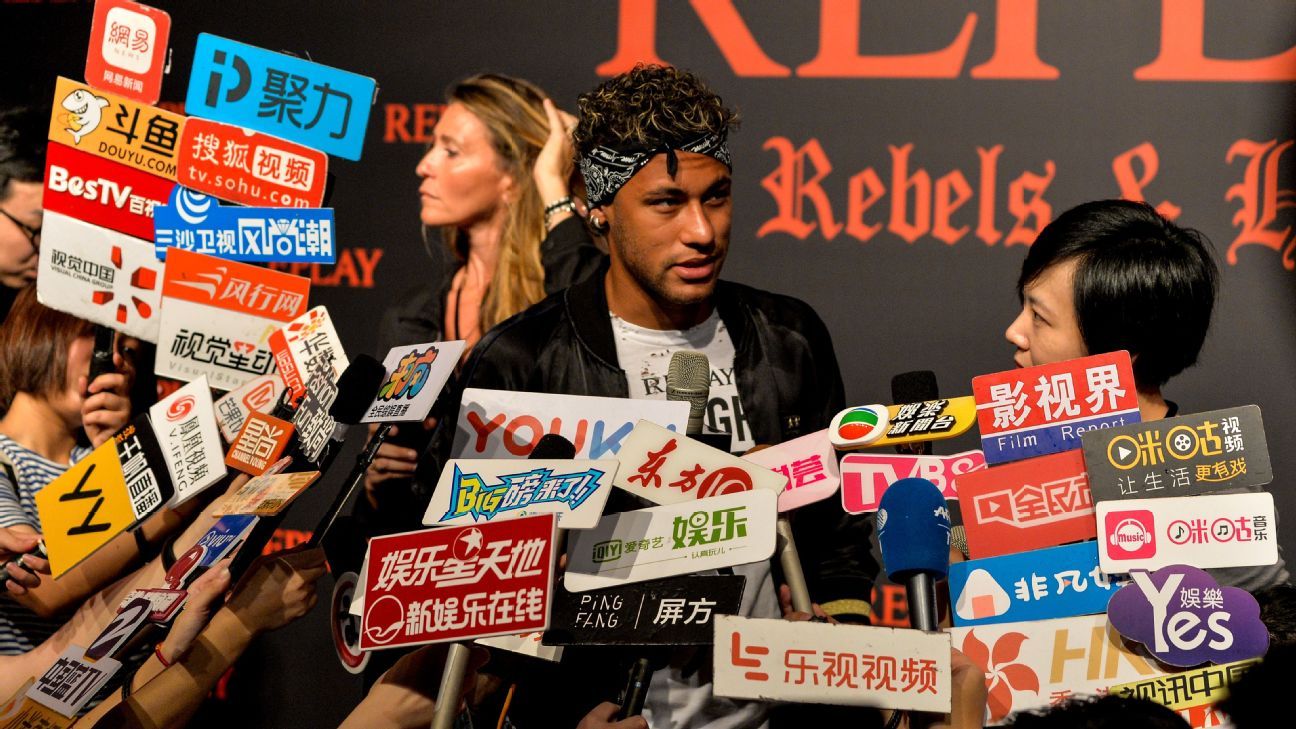 
Barcelona striker Neymar spent Monday in China on a promotional tour while reports swirled about his potential world-record €222 million transfer to Paris Saint-Germain.

After helping Barcelona beat Real Madrid in the International Champions Cup in Miami on Saturday, Neymar left his teammates and flew to China, where he was pictured attending a fashion show and being interviewed by state television.

He also took a photo with his countryman Hulk, who is playing for Shanghai SIPG in the Chinese Super League, and said hello to his fans on social media platform Weibo.

“I would like to send a fond embrace to all my fans in China, I want to thank them for all their support,” he wrote. “And to all my friends on Weibo, could you send me suggestions as to what I should do while I am here?”

Meanwhile, Qatari newspaper Al Watan reported on Monday that Neymar will stop in Doha on his way back to Europe to meet PSG chairman Nasser Al Khelaifi and possibly have a medical ahead of what would be a historic move.

However, French newspaper Le Parisien refuted those rumours on Monday evening, saying Neymar is expected to land in Paris when he leaves Shanghai.

Complicating matters further, reports out of Brazil said he would land in Barcelona in time for training on Wednesday.

On Saturday, a source said the Ligue 1 club are so confident in landing Neymar that they are already considering how to unveil him, and French radio station Europe 1 reported on Monday that Paris police granted PSG permission to show him off this week in the city centre, rather than at the Parc des Princes.

Le Parisien also refuted that report, citing police as saying they had not received any request to secure a site for an unveiling, but the newspaper still added that “everything seems in place to welcome Neymar” once details are settled.

The 25-year-old would become the most expensive footballer of all time if the Ligue 1 club sign him for a fee more than double the one Manchester United paid Juventus for Paul Pogba last summer.

A source told ESPN FC on July 22 that the Brazil international and his father have already agreed personal terms with PSG, and all that was left to do at that point was for the Ligue 1 giants to work out how to activate the player’s release clause without incurring the wrath of UEFA’s Financial Fair Play watchdog.

Barcelona coach Ernesto Valverde was tight-lipped about Neymar’s plans after the Miami Clasico, though PSG’s Dani Alves said after the French Super Cup on Saturday that he hoped his countryman’s move would be “finalised soon.”