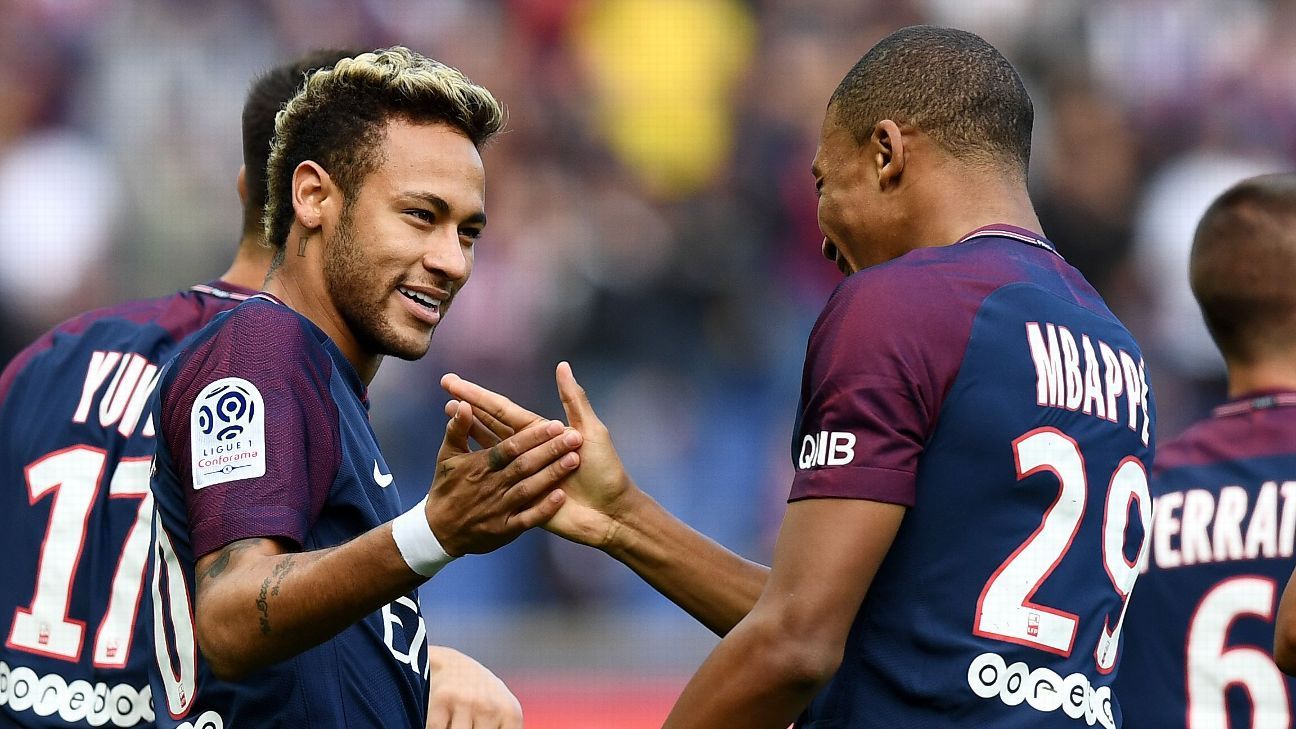 
PSG star Neymar has vowed to support “golden boy” Kylian Mbappe in the same ways Lionel Messi helped him during his time at Barcelona.

Neymar, 25, moved to the Camp Nou from Santos in the summer of 2013, where he teamed up with Messi, who took the Brazil superstar under his wing.

In the following years, the Brazil No. 10 became the main target of Messi’s passes, receiving a team-best 894 balls from the five-time Ballon d’Or winner over their last three seasons together.

And since moving to PSG this summer, Neymar has taken a similar on-field interest in his 18-year-old attack partner, playing Mbappe a Europe-best 77 passes thus far.

Asked if the two were good friends following PSG’s 4-0 Champions League demolition of Anderlecht in which both players scored, Neymar answered in the affirmative, before heaping on further praise for the former Monaco man.

“He is, yes,” Neymar, who has scored nine goals and given eight assists in 10 games this season, said.

“I think he’s a Golden Boy who has come and done really well. He’s a great player and has all of the qualities to be one of the big names in world football.

He added: “I am pulling a lot for him and I will help as much as possible. The way Messi did with me, I’ll do with him.”