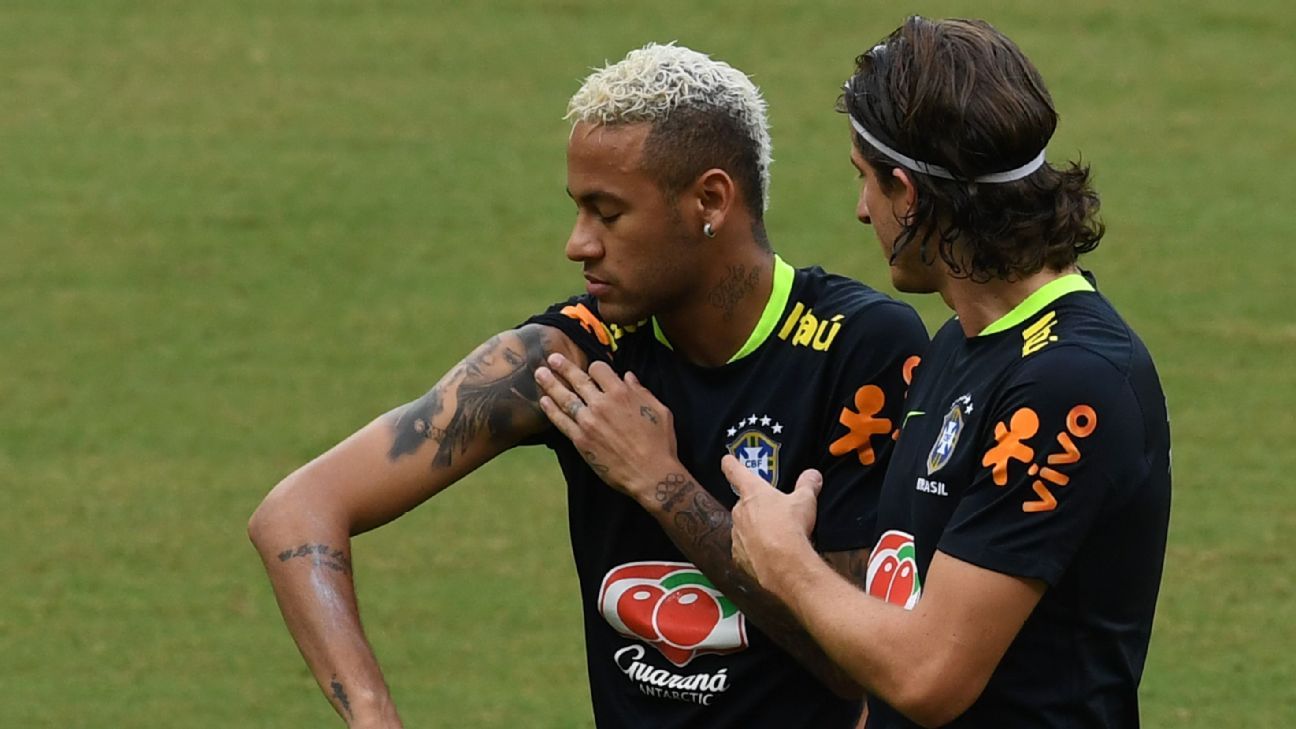 Neymar agreed a surprise €222 million move to Ligue 1 this summer but has settled quickly at PSG, providing four goals and four assists in his first four games for his new club.

“You can see he is different. He is free and happy. At the level Neymar moves at, you do not change teams for money.”

He also backed Brazil midfielder Paulinho, whose €40 million arrival at Barcelona from Guangzhou Evergrande was not welcomed by many fans.

“Paulinho will surprise many people,” he said. “If he does not fit at Barca, he would at Atletico.”

Filipe Luis also spoke about his run-ins over the years with Barcelona star Lionel Messi, including a straight red card in January 2016 for a high challenge on the Argentina forward during a La Liga clash at the Camp Nou.

“I admire [Messi],” he said. “He never reproached me about anything in the games we played. And I’ve never asked for his shirt, as I go out onto the pitch to win, not to say that I have played against him.”

The Atletico defender also said he felt that Real Madrid star Cristiano Ronaldo had been fortunate to win the Ballon d’Or last year, in a vote that saw Messi finish second and Atletico’s Antoine Griezmann third.

“The Ballon d’Or [voting] is subjective,” he said. “Cristiano did not do anything until the last two months.”