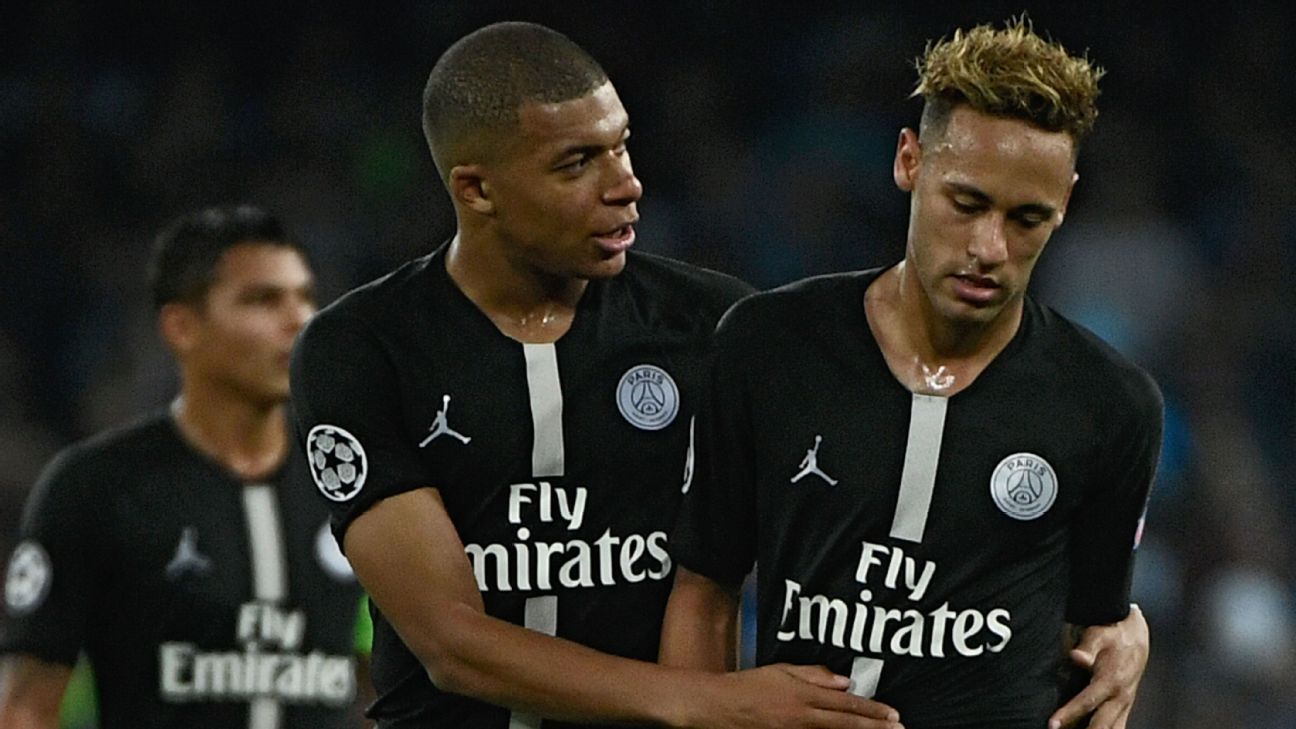 
Neymar is struggling in his battle to be fit for Paris Saint-Germain’s crucial Champions League game with Liverpool next week, but teammate Kylian Mbappe is expected to play, sources have told ESPN FC.

The pair were substituted with injuries while playing in friendlies for Brazil and France respectively on Tuesday, and PSG said on Wednesday that Mbappe had bruised his shoulder while Neymar had strained his right adductor with 48-hour treatment periods required for both before further evaluation.

According to sources close to the club, Neymar is still 50-50 at best while Mbappe should be fit, and coach Thomas Tuchel say that they will not take risks with either player.

“Right now, for both Neymar and Kylian, it is not very, very serious,” Tuchel said. “That said, we will not take any risks against Toulouse. Neither will play this weekend, but I think that they could play against Liverpool — it is possible.

“Our aim is that they do some indoor work and then try to work outside on Saturday and Sunday before rejoining the rest of the squad on Monday. Only after that will we decide.

“It is my opinion, having spoken with both the medical staff and the player, that Neymar will be able to play.”

However, despite Tuchel’s optimism, sources have said that Neymar is still battling against the clock to recover and that his race to be fit in time is far from won.

“Being deprived of Neymar or Kylian would change everything against Liverpool,” Tuchel said. “However, it would not be the first time that we have played without them.

“We found solutions against Saint-Etienne [4-0 win] and now we are obliged to find solutions again, in case. We have top level players and they must show against Toulouse that they are ready.”

One of those potential solutions is Julian Draxler, who could be moved from his recently established central midfield role alongside Marco Verratti into the attack, and he recognised his potential value in such a situation.

“We hope that Neymar and Kylian will be able to play as they are both important players,” Draxler said. “However, we possess plenty of quality. We have many other players who can score or provide assists — like me.”

PSG are third in Champions League Group C after four matches, a point behind Napoli and Liverpool and one ahead of Red Star Belgrade, but 13 points clear at the top of Ligue 1 after as many matches and could win a 14th consecutive game against Toulouse on Saturday.