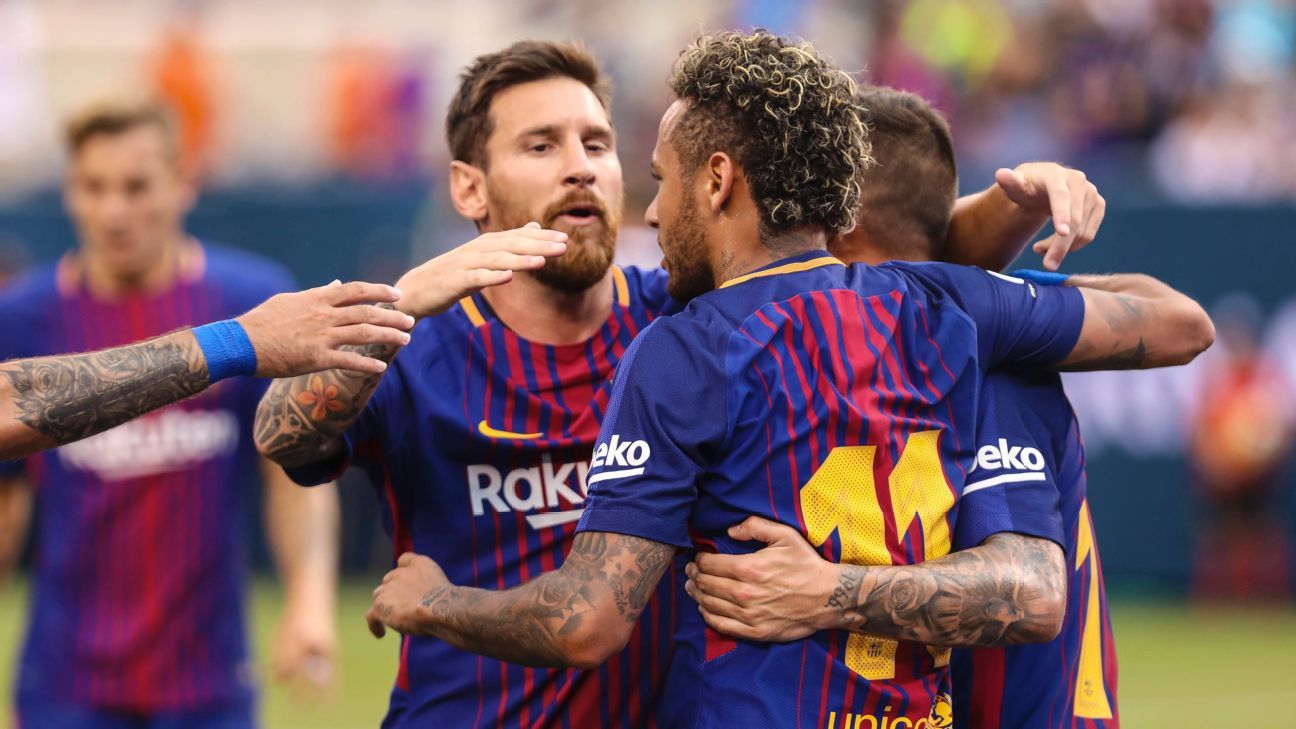 However, Alba couldn’t confirm if Gerard Pique’s social media post on Sunday saying Neymar “stays” meant that the forward has, in fact, turned down the offer on the table from the French club.

“You will have to ask Pique about that message,” Alba told reporters before Barca’s training session in the pouring rain at the New York Red Bulls’ training centre on Monday.

“I don’t know what he’s spoken with Neymar about. I’ve not spoken with [Neymar] about this subject. I can’t tell you anything [about the post] because I don’t know if they’ve spoken about it. I don’t think it’s a joke, I hope not.

“Neymar is a Barcelona player until proven otherwise; he’s relaxed. There’s a lot of talk about all this, but we’re calm about [the situation] in the dressing room. He’s really happy here.”

Talk of Neymar’s future has dominated Barca’s tour of the United States, with a source telling ESPN FC personal terms have already been agreed with PSG, with the player set to earn €30 million per year after taxes.

According to Diario Sport, the reported agreement led both players and directors at the Catalan club to frantically try to convince Neymar not to leave.

However, Alba said he has had no part in any such operation, adding: “I don’t have to convince anyone of anything. This is the best club in the world.

“Every player has their own opinion and whatever they do should be respected. But we’re talking about speculation, [Neymar] is still a Barca player. We hope to have him here for many years.

“Each person knows what they want and it’s not for me to convince anyone. Everyone makes their own decisions. I won’t get involved.”

Barca began their participation in the International Champions Cup with a 2-1 win over Juventus at MetLife Stadium on Saturday, with Neymar scoring both the goals.

They fly down to Washington on Tuesday, where they will play Manchester United at FedEx Field on Wednesday.