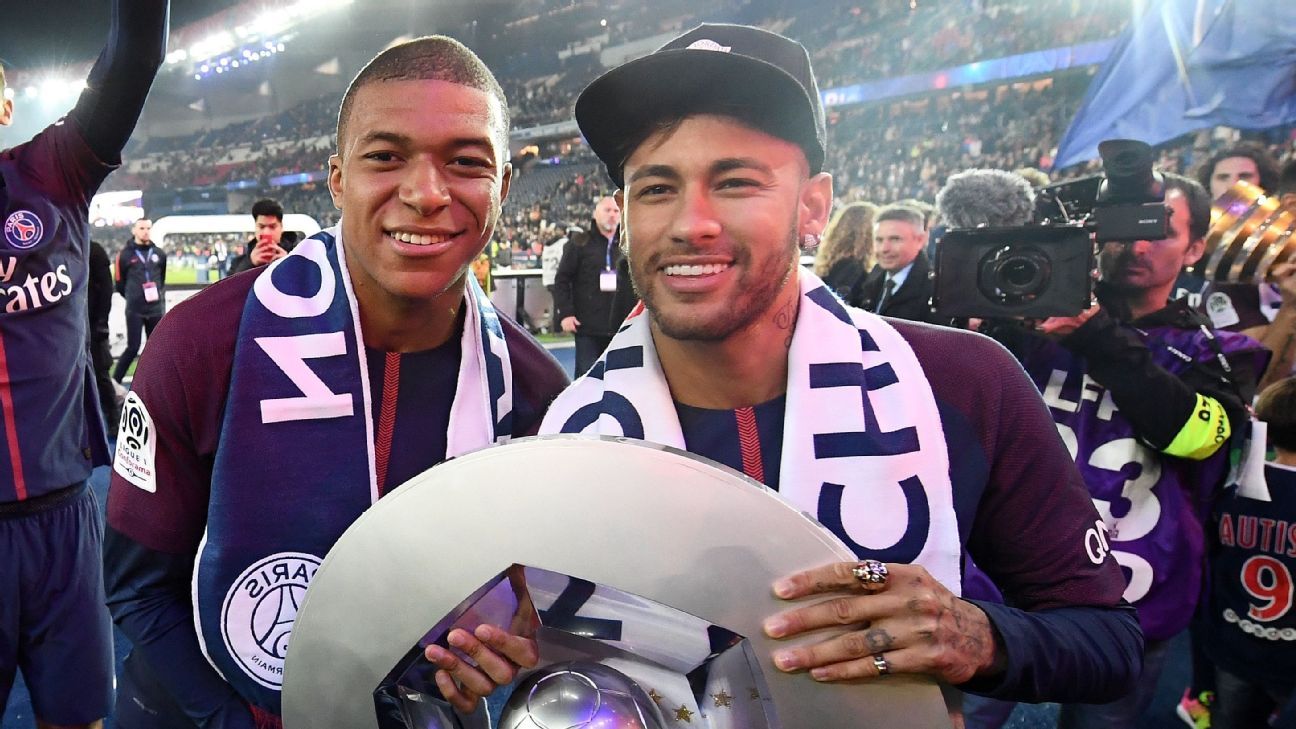 
Neymar and Kylian Mbappe will both stay at Paris Saint-Germain despite both being linked to a potential move away, according to youth academy director Luis Fernandez.

PSG’s compliance with UEFA’s financial fair play sanctions is under review, and a sale of either player would alleviate any potential sanctions from the governing body.

Real Madrid have been linked to moves for both players but have had to issue formal statements denying their interest.

“Neymar has decided to stay with PSG. He wants to succeed after failing at the World Cup,” Fernandez told Radio Marca. “I think that he wants to win titles with PSG.

“Kylian will stay. He has already said that it is 100 percent that he stays. He wants to win the Champions League with PSG. … [And] financial fair play does not worry me. The most important thing is that Neymar and Mbappe want to stay in Paris.”

Fernandez was also asked about parallels between Mbappe, who was named the Best Young Player at the World Cup, and Ronaldo.

“Kylian is different from the Brazilian Ronaldo,” Fernandez said. “He is still young, and he did some interesting things because Didier Deschamps put him on the right side.

“Kylian worked hard and enjoyed a good World Cup. He has this speed. However, when you are 19, you are still not at your absolute maximum. The hard part for him starts today — responding to the confidence people have in him.”

Mbappe, Neymar and their PSG teammates collectively scored 13 goals — more than any other team at the World Cup.