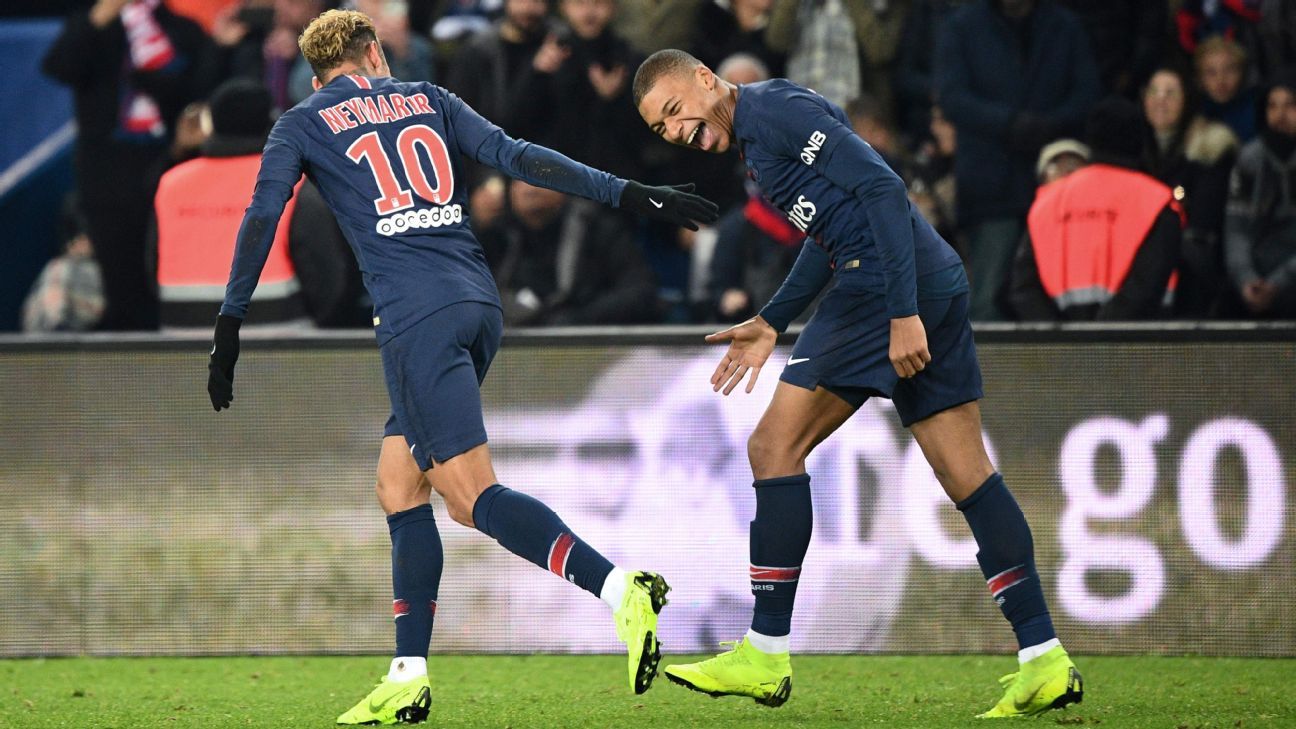 
Paris Saint-Germain are winning their race to have Neymar and Kylian Mbappe fit to face Liverpool in Champions League Group C on Wednesday after the superstar pair trained with their teammates on Monday, sources have told ESPN FC.

The Brazil and France internationals were substituted with injuries while playing for their countries in friendlies last Tuesday, and their participation in the potentially decisive encounter has since been the subject of intense speculation.

The Ligue 1 giants said the next day that Mbappe had bruised his shoulder while Neymar had strained his right adductor with 48-hour treatment periods required for both before further evaluation.

According to sources close to the club last Friday, further tests showed that Neymar was 50-50 at best while Mbappe was likely to be fit, and coach Thomas Tuchel expressed his hope before and after the 1-0 home win over Toulouse last Saturday that both would be able to train with their teammates at the start of this week.

“I think that Neymar and Kylian will feature but I cannot be sure,” said the German tactician. “I am very optimistic because they trained individually on Saturday and I hope that they will be able to train collectively on Monday.”

Tuchel’s wish has been granted, said a source, as Neymar and Mbappe both participated in Monday’s collective training session and finished with no issues after individual fitness work over the weekend.

“Being deprived of Neymar or Kylian would change everything against Liverpool,” Tuchel admitted last Friday. “However, it would not be the first time that we have played without them.”

PSG are third in Champions League Group C after four matches, a point behind Napoli and Liverpool and one ahead of Red Star Belgrade, but now 15 points clear at the top of Le Championnat after 14 matches and registered a 14th consecutive league win over Toulouse last weekend without Neymar and Mbappe.

Les Parisiens have one final training session ahead of Liverpool scheduled for Tuesday and the source indicated that Neymar and Mbappe are expected to take part in it.