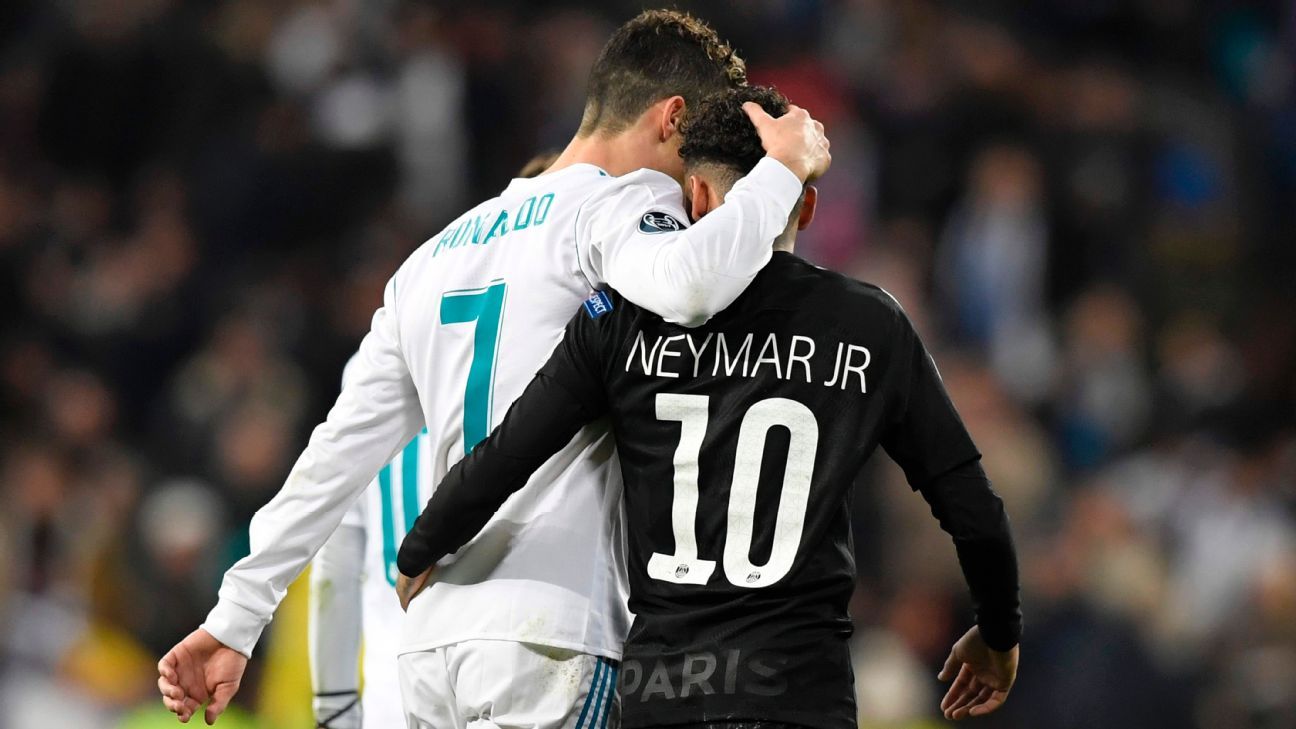 
Football super-agent Pini Zahavi has suggested Neymar is unlikely to move to Real Madrid while Cristiano Ronaldo is still there, telling Polish news outlet Przeglad Sportowy there is only room for one superstar per team.

But Zahavi also called his new client Robert Lewandowski the “best forward in the world,” following a report last month that claimed he had reached an agreement in principle for the Bayern Munich striker to move to the Bernabeu this summer.

Zahavi, who helped broker the sale of Chelsea to Roman Abramovich and Rio Ferdinand’s then-record transfer to Manchester United, acted as intermediary in Neymar’s blockbuster move from Barcelona to Paris Saint-Germain last summer.

According to UOL Esporte, the Israeli agent accompanied a PSG delegation to Brazil last month to check on Neymar’s foot injury and determine his value in another transfer this summer, after reports said Neymar is unhappy in Paris.

But Zahavi told Przeglad Sportowy that Neymar had to leave Barcelona to get out of Lionel Messi’s shadow, and that having more than one of the world’s top three players on a club would be unsustainable.

“Neymar did what he had to,” Zahavi said. “There are only three football superstars — Messi, Cristiano and Neymar. They can’t play in one club.

“At Barca, Ney always was the No. 2. He was the second to shoot from free kicks, second to the penalties, second to everything.

“He came to Spain as a young boy. He grew up. Now he’s 26 and has eight or nine years at the top level. He needs independence.”

Paris Saint-Germain paid €222 million for Neymar, nearly five times the amount Zahavi got United to pay Leeds for Ferdinand in 2002 in what was then a world-record transfer.

But Zahavi said the transfer was important to PSG because Neymar’s value goes beyond his impact on the pitch.

“PSG have big plans,” the agent said. “Before Neymar’s move to PSG only French people watched Ligue 1. Neymar changed it.”

Transfer speculation on Lewandowski went into overdrive in February when the Polish striker joined up with Zahavi after splitting from his agent of 10 years.

The Przeglad Sportowy article featuring the interview with Zahavi called Mundo Deportivo’s report last month of an agreement with Real Madrid for Lewandowski “pure speculation,” but said the forward is eager for new challenges outside the Bundesliga and would prefer the Bernabeu over interest from PSG and Chelsea.

And Zahavi talked up the talent of his new client with his future still to be determined.

“I admire Lewandowski from the very moment that he’s signed with Borussia Dortmund,” he said. “Even when he didn’t score as much goals as now, I’ve always said that he’s got [quality].

“He’s the best forward in the world. No one is better. To score goals you need not only skills, but also an instinct. Robert’s got everything. I admire him.”

Przeglad Sportowy also reported that Ronaldo would welcome Lewandowski at Madrid, but that it also still remains to be seen whether the Portuguese star will move on himself after this season.