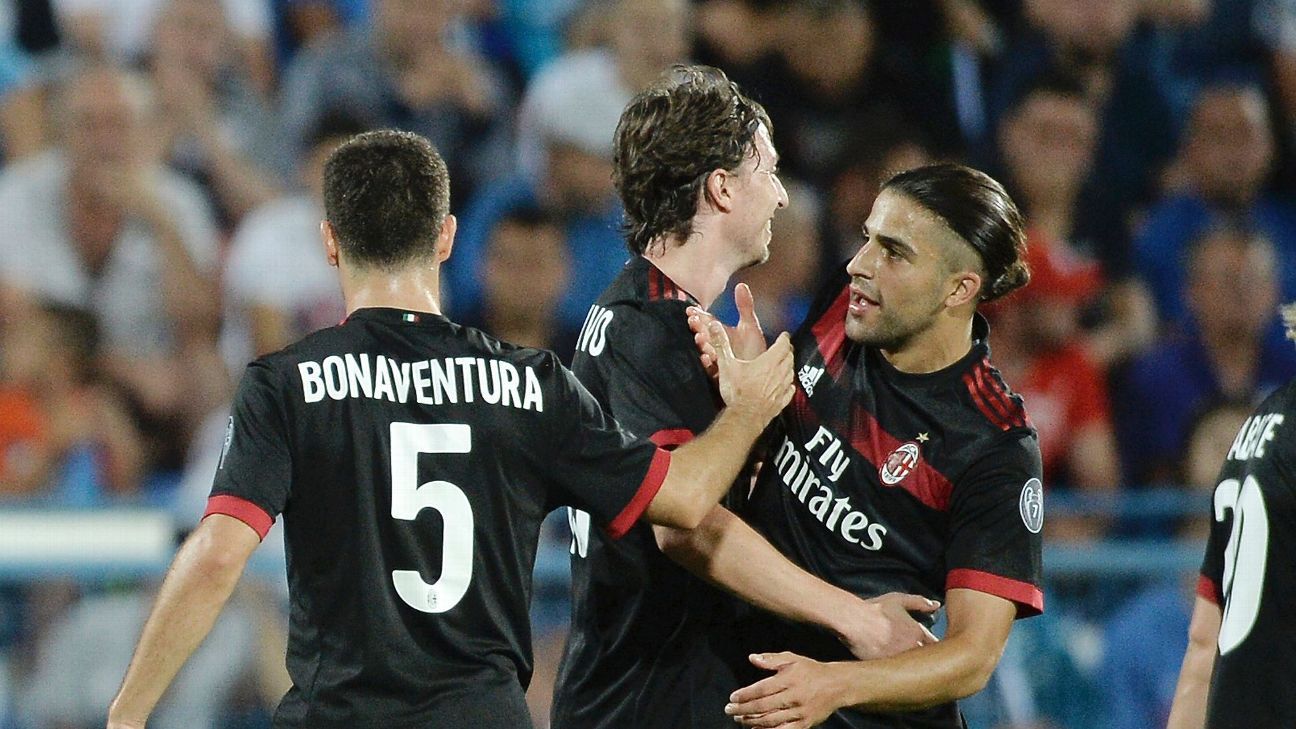 
AC Milan secured a valuable 1-0 win over Universitatea Craiova in the first leg of their Europa League qualifying tie on Thursday night, with Ricardo Rodriguez scoring the only goal of the game. The Rossoneri struggled at times with a lack of match fitness, but ultimately, they got the job done and start the new season with a win.

As energy levels dipped alarmingly in the second half, Milan were able to show their determination to hold out for the win. Aside from some impressive individual displays, it was a tireless collective effort as they battled hard to see out the result.

It was much of the same old story from the old guard, and it was as apparent as ever that the introduction of all the new summer signings will be imperative towards seeing things improve. Milan had enough quality on the pitch to make this a more comfortable win, and they did ride their luck at times.

8 — Vincenzo Montella managed the game well, making changes along the way to try and nullify Craiova’s threat and keep control of the game. With just three preseason games before this and Craiova’s season already started, both the coach and players did a solid job to get a victory.

GK Gianluigi Donnarumma, 6 — Produced a crucial save in the first half when it was still goalless, although there were some edgy moments thereafter. Not particularly busy, but a decent display nonetheless.

DF Ignazio Abate, 5 — Battled hard as always but Craiova enjoyed some success down Milan’s right as he was caught out on occasion. It’s difficult to see him keep his place when Andrea Conti is fully fit.

DF Mateo Musacchio, 7 — A solid defensive display from the summer recruit as he used his physical presence and ability to read the game to great effect. Composed on the ball as well to help Milan build out from the back.

DF Cristian Zapata, 6 — Not quite as commanding as Musacchio, but also produced a solid performance. The pair worked well together aside from a couple of wobbles, and it was enough to secure a clean sheet.

DF Ricardo Rodriguez, 7 — Did his job defensively and continued to probe forward throughout when given the opportunity. Scored the winning goal with a dangerous free kick, and can be pleased with his first competitive game for Milan.

MF Franck Kessie, 7 — “Franck the Tank” is quickly becoming a fan favourite with his imposing performances in midfield. He dominated with his physicality and technical quality, although his distribution needs a little improvement, as he was slightly wayward in key moments.

MF Riccardo Montolivo, 5 — All too simple from the captain, as he rarely changed the pace of the game and was too content with playing simple passes. Did little to really influence matters and along with Abate, he’s likely to drop out of the lineup when the Serie A season starts.

MF Giacomo Bonaventura, 6 — A decent display from the creative midfield spark, although he’s still finding his feet after a long injury lay off. Will improve with playing time and will be influential in the return leg in trying to break Craiova down.

FW Fabio Borini, 6 — Contributed in key moments, namely winning the free kick for Rodriguez’s goal and worked tirelessly for the team, which will be his calling card this season. Needs to add quality to that to change the overall opinion of him though.

FW Patrick Cutrone, 6 — It was a really positive display from the youngster, as he has impressed in preseason and deserved this opportunity to lead the line. The teenager was so unlucky not to get on the scoresheet in the first half, but it was another encouraging effort.

FW M’Baye Niang, 5 — Some positive moments negated by some less positive ones in another inconsistent display. Many praised him after the win over Bayern Munich last week, but that was a preseason run out and this was a competitive encounter, and it was more of the same.

FW Andre Silva, 5 — Admittedly, it was a disappointing outing for the substitute as he struggled to keep hold of the ball. However, he returned late to training after being given an extended break, and so it’s far too early to be making any sort of judgement on the Portuguese international.

DF Andrea Conti, N/A — Added a little energy in the closing stages on the right side, will be key moving forward in replacing Abate.

DF Luca Antonelli, N/A — Similarly to Conti, freshened things up in the closing stages but no time to really make a serious impact.