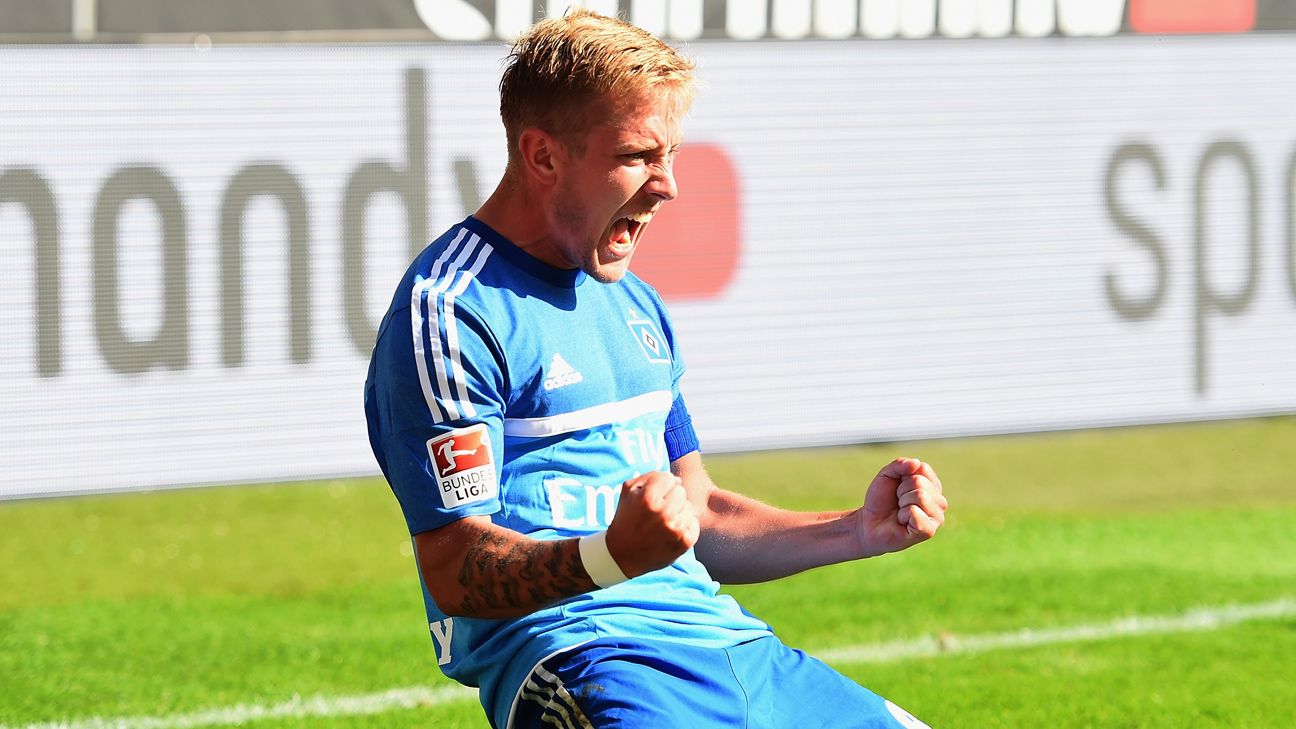 Holtby, 26, is entering the final year of his contract at Hamburg and the Bundesliga side are willing to listen to offers in the region of €6-7 million for him.

The news has alerted a number of clubs to Holtby’s possible availability this summer with Newcastle and Bournemouth both keeping tabs on him.

Newcastle are keen to bolster their squad this summer as they plan for life back in the Premier League, and Holtby’s previous English top-flight experience makes him an attractive option for Rafa Benitez’s side.

Bournemouth, meanwhile, are looking to bring in an attacking midfielder this summer after seeing Jack Wilshere return to Arsenal after his loan spell, and Holtby could be an ideal replacement for Eddie Howe’s team.

Hamburg are looking to rebuild their squad this summer after a disappointing campaign last season which saw them narrowly avoided relegation from the Bundesliga, and a number of key players, including Holtby, could leave.

Holtby joined Hamburg on a permanent deal from Tottenham in 2015 after initially arriving on loan the previous season.

He made 29 appearances in the Bundesliga last term, scoring one goal and laying on six assists as he played a key role in helping Hamburg stay up.

Holtby joined Tottenham in January 2013 after bursting onto the scene at Schalke and quickly made a big impression at White Hart Lane, but a change in management saw him drop down the pecking order.

Find a striker, build depth behind stars and determine future of veterans
Mbappe’s form not awful for PSG, but contract issues and fatigue a cause for concern
Can Bayern fix their defensive woes before it costs them more trophies?
Manchester United-Liverpool kits irk ‘hundreds’ of colour-blind fans
Adidas Predator, Nike Mercurial boots look to storied histories for new Freak and Dragonfly