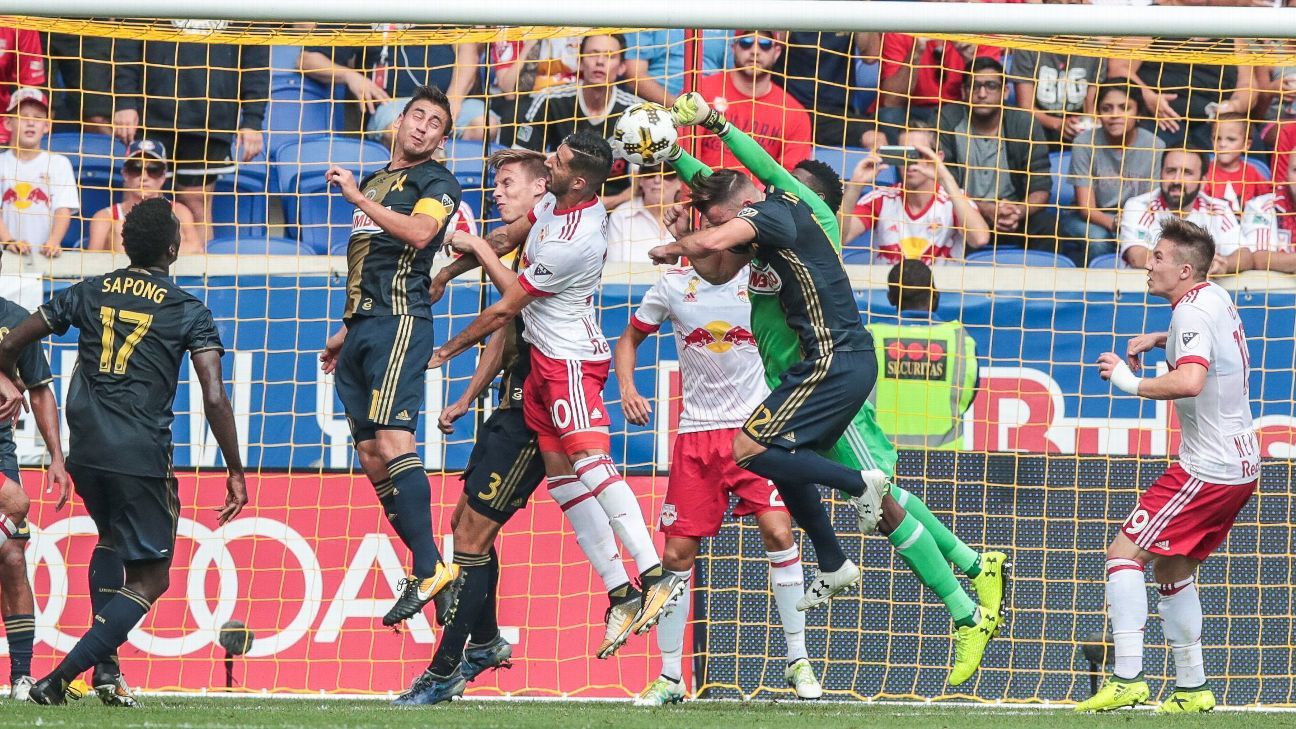 Andre Blake made eight saves for Philadelphia and the Union and the New York Red Bulls played to a scoreless draw Sunday.

Philadelphia and New York are both winless in five straight games.

Blake denied Gonzalo Veron three times in the first half — on a breakaway in the 32nd and on a close-range redirection in the 40th.

New York stars Sacha Kljestan and Bradley Wright-Phillips entered as second-half substitutes and nearly combined on a goal in the 77th minute. Kljestan’s free kick from the edge of the 18-yard box was punched away by Blake and Wright-Phillips’ rebound attempt was deflected by Blake’s foot and cleared off the line by Chris Pontius.

Blake was two saves shy of tying his career high, set against the New England Revolution on Sept. 26, 2015.