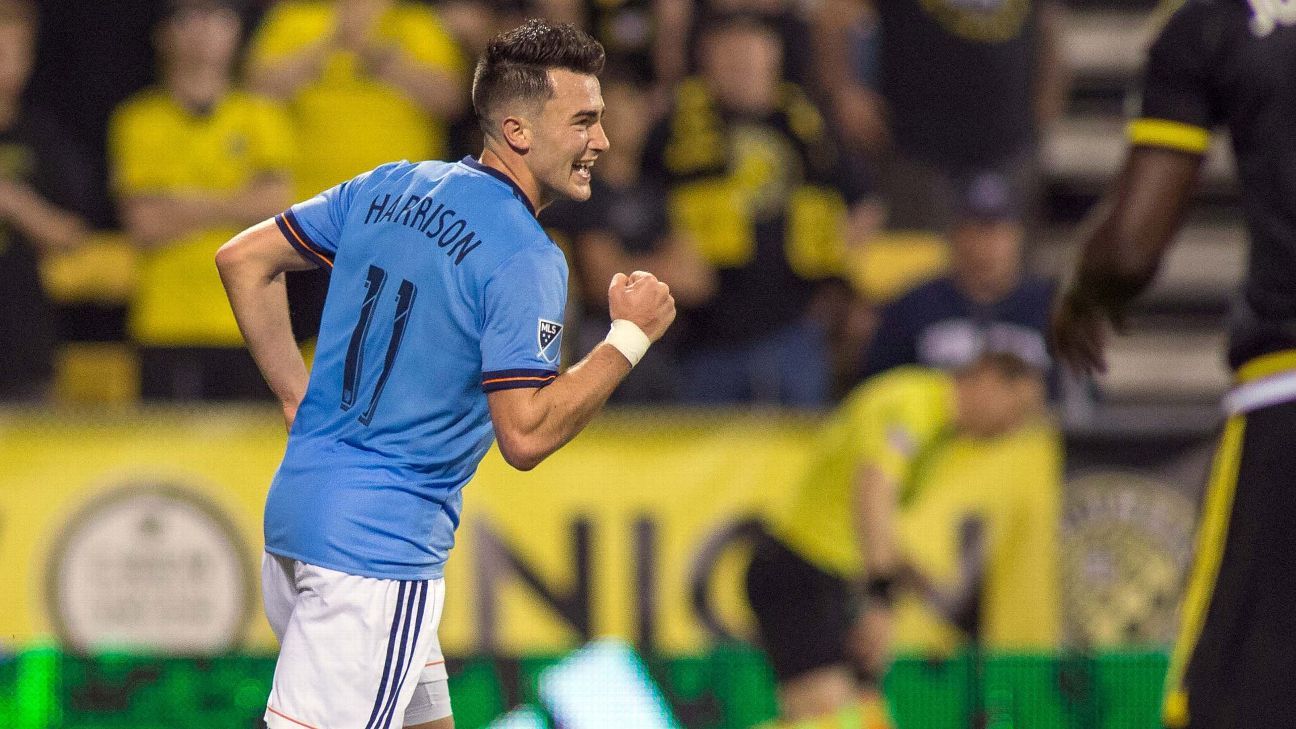 
New York City FC attacking midfielder Jack Harrison says he is reaping the rewards of his gamble to leave life alongside Marcus Rashford at Manchester United and head to the United States.

Encouraged by his mother, the Bolton-raised player left United’s academy aged 13 and joined an American boarding school, before moving on to Wake Forest University and becoming the first pick in the MLS SuperDraft aged 18.

Traded immediately from the Chicago Fire to New York City FC, the 20-year-old has already got 49 senior appearances under his belt and is managed by Arsenal and France great Patrick Vieira, while David Villa and Andrea Pirlo are among his teammates.

“I definitely have no regrets, especially now,” Harrison told Press Association Sport. “A couple of years ago, I would always think about what would have happened if I had stayed at United, but now I have no regrets, I am happy to be here in the situation I am, playing with the players I am.

“I am learning so much and it can only get better, really.”

Few of England’s top players have tried their luck abroad, but things are changing among the country’s current crop of talented, hungry youngsters.

The 17-year-old has been handed the No. 7 shirt in Germany, where highly-rated West Ham defender Reece Oxford and Liverpool’s Ryan Kent will spend the season on loan at Borussia Monchengladbach and Freiburg respectively.

Harrison said: “It can be tough sometimes for someone my age in England or anywhere in Europe to get the playing time that they want, and to be playing as much as I am, [I am] just really grateful.”

Harrison still keeps in touch with some of his former United teammates — a number of whom have gone on to make their first-team debuts.

Cameron Borthwick-Jackson, Scott McTominay, Demetri Mitchell and Joe Riley have all appeared for the club, while Rashford has also gone on to make an impact at international level.

“Marcus Rashford was a year below me but he always used to play up with us as well,” Harrison said. “He was always one of the top players in his age group

“I think he was presented with an opportunity to play in the first team after all the injuries they had and he took it.

Rashford was given a surprise chance after injury-hit United suffered another setback before a Europa League tie with Midtjylland, with Anthony Martial pulling up in the warm-up.

The teenager was not even listed in the programme on that night in February 2016, but was thrust into the starting line-up and has not looked back since scoring a brace on his debut.

That is a rare case of unbridled success from those Harrison played with in United’s youth team, with his former teammates having taken many “different pathways.”

Harrison is certainly one of the more successful ones and the Football Association is keeping tabs on a talented player who is expecting more English players to try their luck abroad.

“Definitely, yeah,” Harrison added. “I think the way the game is changing now, you get these clubs that are just buying top players.

“They are paying so much money for them as well and it makes it that much harder for the academy kids that have been there since six-years-old to try and make it to the first team.

“It’s that much harder so I wouldn’t be surprised if more players were to venture out and try different options.”