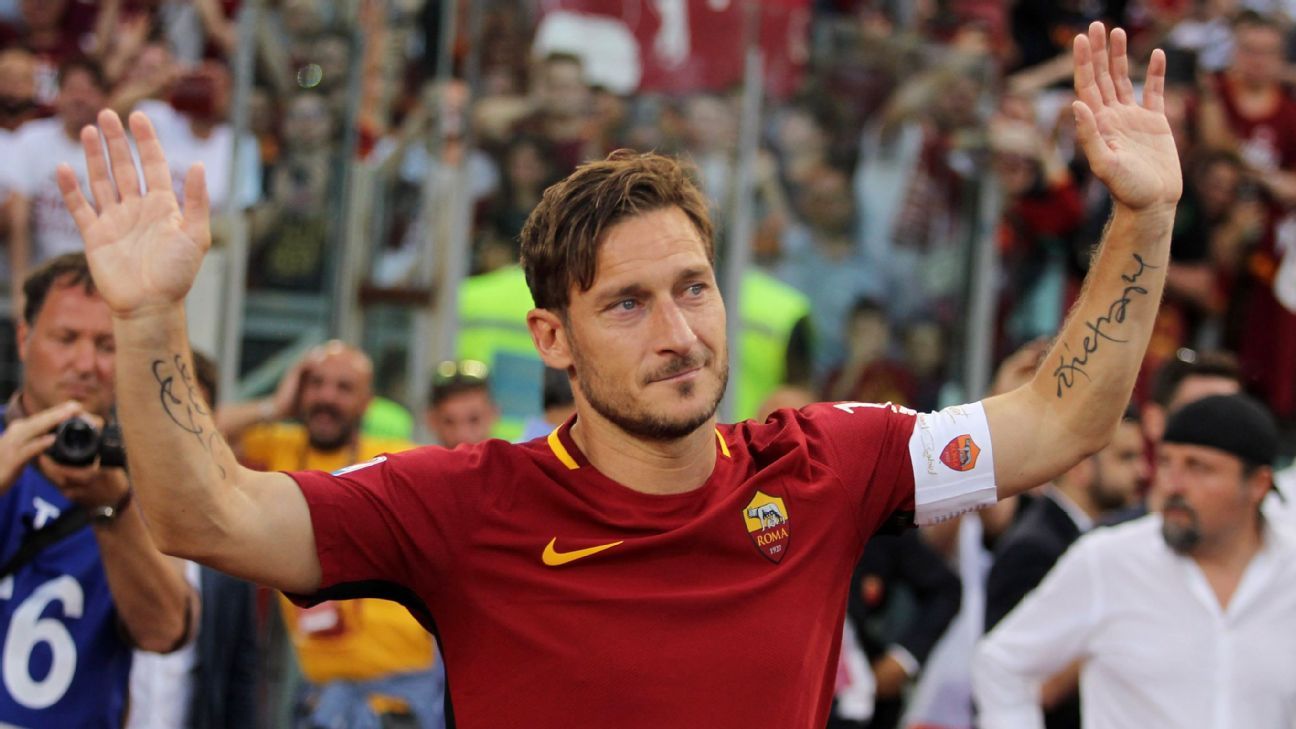 
New Roma coach Eusebio Di Francesco has said he expects Francesco Totti to accept the club’s offer of a director’s role and hopes that together they can bring back the spirit of 2001.

Both Di Francesco and Totti were part of the Roma team that won Serie A that season, losing only three games.

Totti brought an end to his 25-year career with Roma at the end of the season, but the club hope he will choose to stay on as a director.

And Di Francesco told Il Centro: “What we need is to form a group, and I don’t just mean on the field but also within the club and the whole environment.

“We need to give positive messages, pull together as quickly as possible and then, obviously, it all depends on many results which are linked to this.

“I had the fortune of winning the Scudetto with Roma, although I wasn’t really heavily involved due to a serious injury, but I was part of that great group.

“I believe that if we want to aim for something important, we need to recreate the conditions to have a great coalition and team strength.”

Roma sporting director Monchi has said Totti, 40, has yet to reveal his decision, but Di Francesco said he was confident the club legend would opt to stay.

“We will almost certainly have Francesco with us as a director,” he added. “I’ve spoken with him recently and, aside from knowing his actual role, which still needs to be defined, I have to say that I would be delighted to have him close by.

“To have a person close by who knows really well the environment and many players who maybe I don’t know all that well would help me to find the key to reading many situations.”