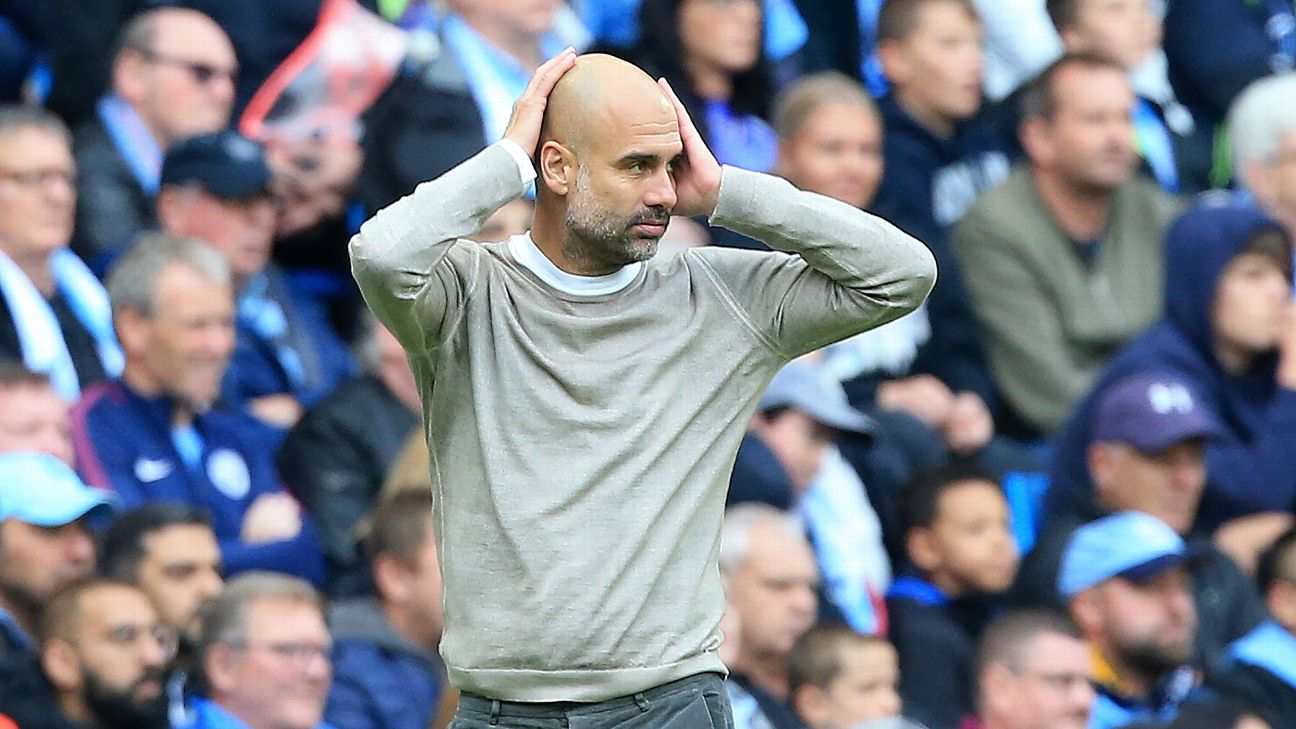 
MANCHESTER, England — Manchester City manager Pep Guardiola has admitted his team have it all to do in the title race after being hit by nerves during their shock 2-0 defeat to Wolves.

City slipped eight points behind leaders Liverpool after suffering their first defeat at the Etihad Stadium since December thanks to two late goals from Adama Traore.

“It was a bad day, sometimes it happens,” said Guardiola. “We started quite well and after we conceded two situations in our build-up where it’s impossible to defend, we got a little bit nervous.

“It is a lot of points. They [Liverpool] didn’t drop points for many circumstances. It is better not to think that one team is eight points ahead.”

Liverpool opened up a seven point gap on Boxing Day last season but City still managed to rein them in to secure back-to-back titles.

They have now lost two of their first eight league games — their worst start to a campaign since 2013 — but Guardiola still believes his team can make it three in a row.

“I know these guys,” he added. “Still they are incredibly involved and can do it. What happened, happened.

“Most of the teams who won in the past, the year after, don’t win. Today was the day not in our level. The previous games were good.

“But the distance is big. I know that. Liverpool is not dropping points. But we are in October, still a lot of games.”

Guardiola revealed he was forced to substitute Kyle Walker at half-time because the full-back was suffering the effects of a stomach virus that prevented him from training during the week.

He also refused to criticise centre-back Nicolas Otamendi despite the Argentinian making a series of mistakes which led to Wolves’ chances, including diving in on Raul Jimenez in the build up to the first goal.

“They [centre-backs Fernandinho and Otamendi] were quite good,” said Guardiola. “They suffered because we lost the position in front of them.

“No central defenders can sustain this kind of balls we lose in the first moments. They were good.”