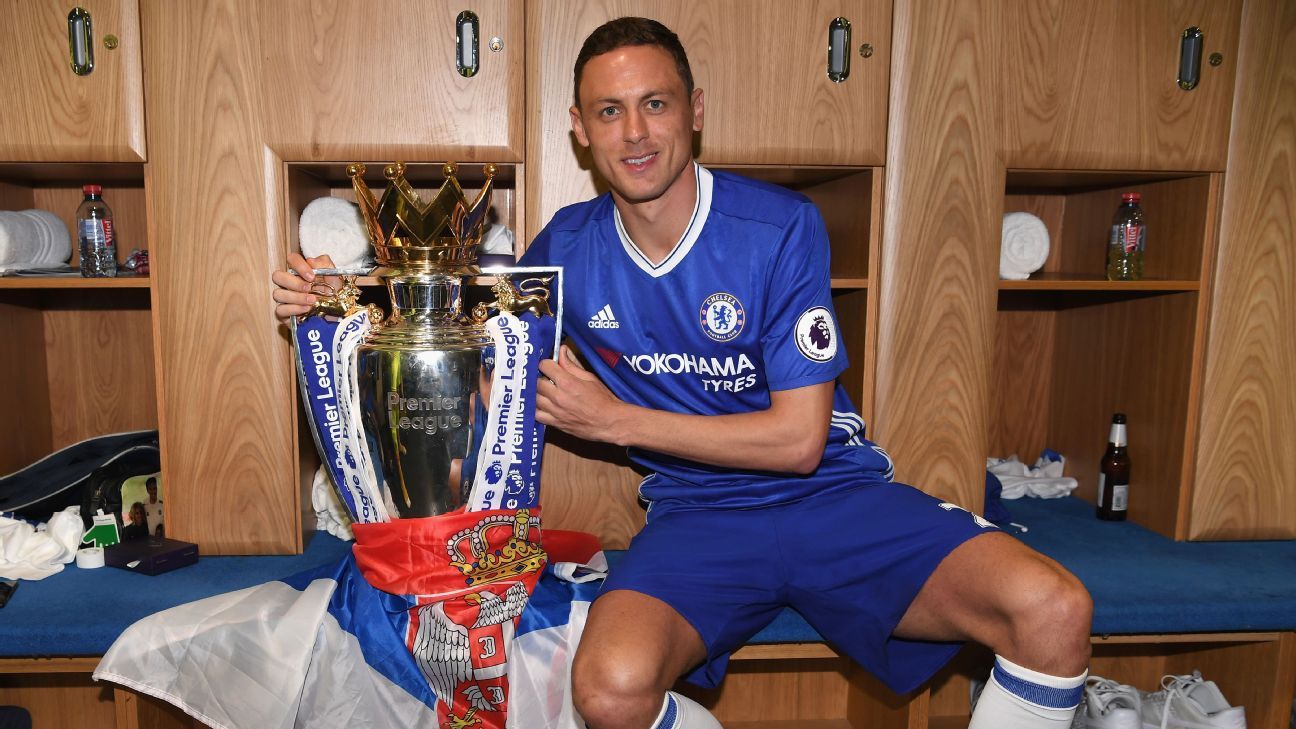 
Chelsea are looking to be buyers more than sellers in this summer’s transfer market, but Nemanja Matic is one of the more high-profile names linked with the exit door. Former manager Jose Mourinho is reportedly interested in bringing him to Manchester United, while Juventus have also been linked.

ESPN FC runs through the pros and cons of keeping Matic at Stamford Bridge.

Chelsea will need depth next season

Antonio Conte’s parting message at Wembley in May, as he digested Chelsea’s limp FA Cup final defeat to Arsenal, was an urgent call for reinforcements.

Nine players started at least 30 of Chelsea’s 38 Premier League matches last season. Matic was one of them, part of the small core that Conte relied upon to lead Chelsea back to the pinnacle of English football.

Competing in the Champions League next season will require a larger pool of players that the Italian trusts. Monaco midfielder Tiemoue Bakayoko is a top summer target but even if he arrives and dislodges Matic from Conte’s strongest starting XI, there should be more than enough minutes for both.

It’s easy to forget that in his first 18 months back at Stamford Bridge after returning to Chelsea from Benfica in January 2014, Matic established himself as the most formidable midfield destroyer in the Premier League.

Few players suffered more as a result of the “palpable discord” that plagued the Blues in Mourinho’s torrid final months, and only last season did Matic regain enough confidence in his game alongside the spectacular N’Golo Kante to show flashes of the force of old.

He is still not quite there, too often passive in possession and content to play the safe pass when greater ambition is required. But if Conte can take the Matic reclamation project to the next stage, he could still be a key figure in a team challenging for major trophies.

Selling him to United will help Mourinho

Mourinho was the driving force behind Chelsea’s move to re-sign Matic from Benfica and the 28-year-old ticks many of the boxes he looks for in his midfielders: tall, powerful, tactically disciplined and blessed with a natural instinct for spotting danger.

Given the way that Mourinho publicly questioned Matic’s mentality during his final season at Chelsea the suggestion that he wants him at United is a surprising one, even if he has decided that United need a midfielder of that type.

But as far as Chelsea are concerned, the only things that should matter are that Matic is a good player, United are rivals and, most importantly, they are no longer in the business of solving their greatest-ever manager’s problems.

Matic’s future won’t be settled without a new contract

Just like Diego Costa and Thibaut Courtois, Matic has two years left on his contract. That means this summer is crucial for making a decision on his future one way or the other: if the he wants to leave, now is the time to sell for maximum value; if he wants to stay, an extension must be agreed.

This gives Matic some leverage. If he wants to join United and Chelsea deny him the move, he can simply sit tight until next summer when the ticking clock on his contract will give the Blues less choice over where he goes and for how much.

On the other hand, if Matic decides he wants a new contract, he can use interest from other clubs and the shorter time on his current deal to further improve his financial package. Regardless of how he feels, Chelsea know that keeping him from the clutches of interested clubs is only half the battle ahead.

Chelsea could make a big profit on selling him

Three years ago, Chelsea’s decision to pay £21m for a player originally sent to Benfica as an extra in the deadline day deal that brought David Luiz to Stamford Bridge in January 2011 was greeted as farcical by some.

In the transfer landscape of 2017, where £30m appears to be the starting point in negotiations for any player of consequence, it looks a bargain.

Matic has more than repaid his transfer fee, establishing himself as a regular starter in two Premier League-title winning teams, and he is only 28. If clubs are serious about prising him from Stamford Bridge, Chelsea would fancy their chances of getting as much as double what they paid in 2014.

His departure could pave the way for youth

Youth development occupies a strange place in the identity of the modern Chelsea. Their academy teams are utterly dominant, yielding a relentless conveyer belt of youth trophies and largely English prospects, and yet the pathway to a significant first-team role remains non-existent.

Last season Nathaniel Chalobah appeared poised to break the pattern, as Conte regularly used him off the bench in the Premier League from August to December. Yet as the stakes in the title race increased Chalobah was frozen out, earning just 88 league minutes in the final five months of the campaign.

He rarely put a foot wrong and looks ready for greater responsibility. The same can be said of Lewis Baker, looking for Premier League experience after two excellent seasons on loan at Vitesse. Letting go of Matic for either or both would be a strong signal that Chelsea’s academy is more than just another income stream.