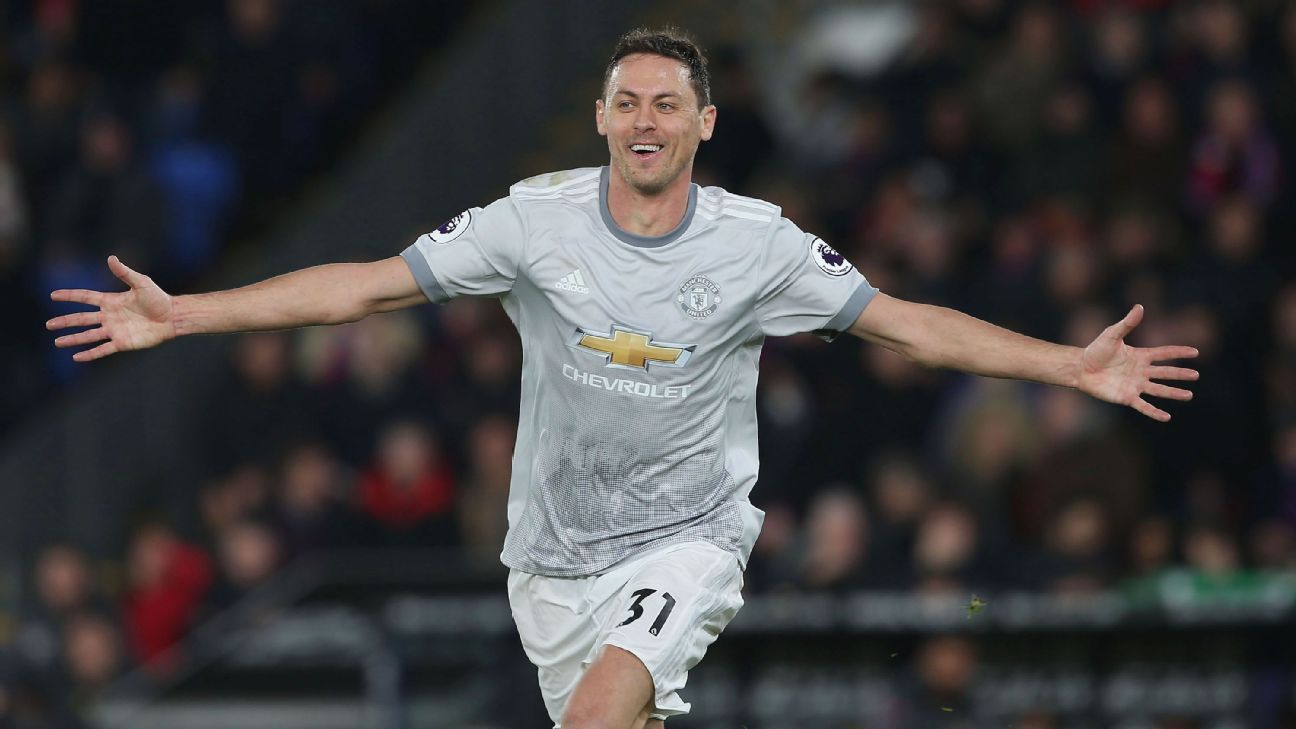 
With the season drawing to a close, and Manchester United much more likely than not to secure second place in the Premier League, it feels as good a time as any to assess the impact of Nemanja Matic.

He is a player whose signing possibly was greeted with more caution than most — Eric Bailly was seen as talented with room for growth, while Henrikh Mkhitaryan, as strange as it now seems to relate, was considered to have an excellent chance of swift success.

Matic, on the other hand, was viewed in some corners as more of a risk, but it’s equally odd to remember why that was. Maybe it’s because, having just clinched the Premier League title with Chelsea, there was suspicion as to why the champions were discarding a footballer quite so good — and one, more to the point, who seemed perfectly placed to aid their wealthy rivals.

Fast-forward a few months and it’s fair to say Matic has been a success. If there was any sense that he was in decline, that was removed by a string of excellent performances. If anything, United have relied on him too much, and it is at these times that he has struggled. With Michael Carrick heading towards a coaching role, there is no one else at Old Trafford who can screen the defence and still make the play with anything like the same amount of authority. Marouane Fellaini’s play in this area is vastly improved, but he still lacks the mobility to thrive.

Ander Herrera is a fine player, equally diligent in defence and in attack, but his best work comes when he is constantly on the move — to make him anchor the midfield is to lose one of his greatest assets, which is his late runs into the final third.

Matic, therefore, has taken the bulk of the defensive responsibility in midfield this season. Against some of the league’s weaker teams, he provided a fine platform for attack, as Mkhitaryan, Paul Pogba, Anthony Martial, Marcus Rashford and Romelu Lukaku surged forward. He has also been key to some of United’s most impressive wins, in a season which has seen victories in the league over Manchester City, Tottenham, Arsenal, Liverpool and Chelsea.

Two of those triumphs provided a microcosm of how Matic’s season has gone. The win over Liverpool saw Matic expertly closing the gap between defence and midfield, compressing the room there so well that Liverpool’s ferocious pressing was entirely neutralised for the majority of the match. The win over City, denying them the huge psychological blow of claiming the title against their neighbours, saw Matic overwhelmed in the first half as his teammates seemed unsure whether to press high up or sit deep. In that latter match, Matic was exposed for his lack of speed, but more broadly United were exposed as being unsure about what kind of team they wanted to be — one which plays on the front foot, or one which is essentially reactive to its opponents.

Matic, then, has displayed as well as any how Mourinho’s team is one in transition. But his role in that progress — for, despite some disappointing results along the way, progress it has been — should not be understated.

Before his arrival, there was no obvious replacement for Carrick, at least not in the short term. Chelsea’s toils this season have apparently shown that, from a tactical point of view — even if the player himself wanted a change — they were too hasty to let him go. He has been the constant presence in front of a back four whose members, thanks to injury and loss of form, have been ever-changing. He has made 35 appearances in the league this season, giving David De Gea much-needed protection.

Mourinho has placed a striking amount of faith in the man he also managed at Chelsea, to the extent that he has almost certainly been overused. There have been games in which he has looked off the pace, his positioning and passing lacking their usual sharpness, and it is no coincidence the return of his best form has accompanied the return to prominence of Herrera. Much has been written of the need to liberate Pogba from his defensive duties, but not so much has been said about the need to liberate Matic — to give him more room, as Carrick had before him, to pick the vital passes forward, to drive the ball into the path of his attackers with startling speed.

Matic has also played another vital and unsung role — that of mentor. Scott McTominay, a central midfielder whom Mourinho has called upon surprisingly often given his inexperience, came in for notable praise from Matic following the 2-1 Premier League win over Chelsea.

This was a match in which McTominay recovered from a very poor first half to play an essential role in United’s winner — and, in the second half, he produced a performance of which Matic would have been proud, being both resilient in defence and perceptive in attack.

United will need much more of the same next year — most urgently, a player between the age and experience of McTominay (21) and Matic (29) who can fulfill such a brief — but, for the time being, Matic has made the role all his own. And in doing so, he has brought United sharply closer to the primacy they crave.