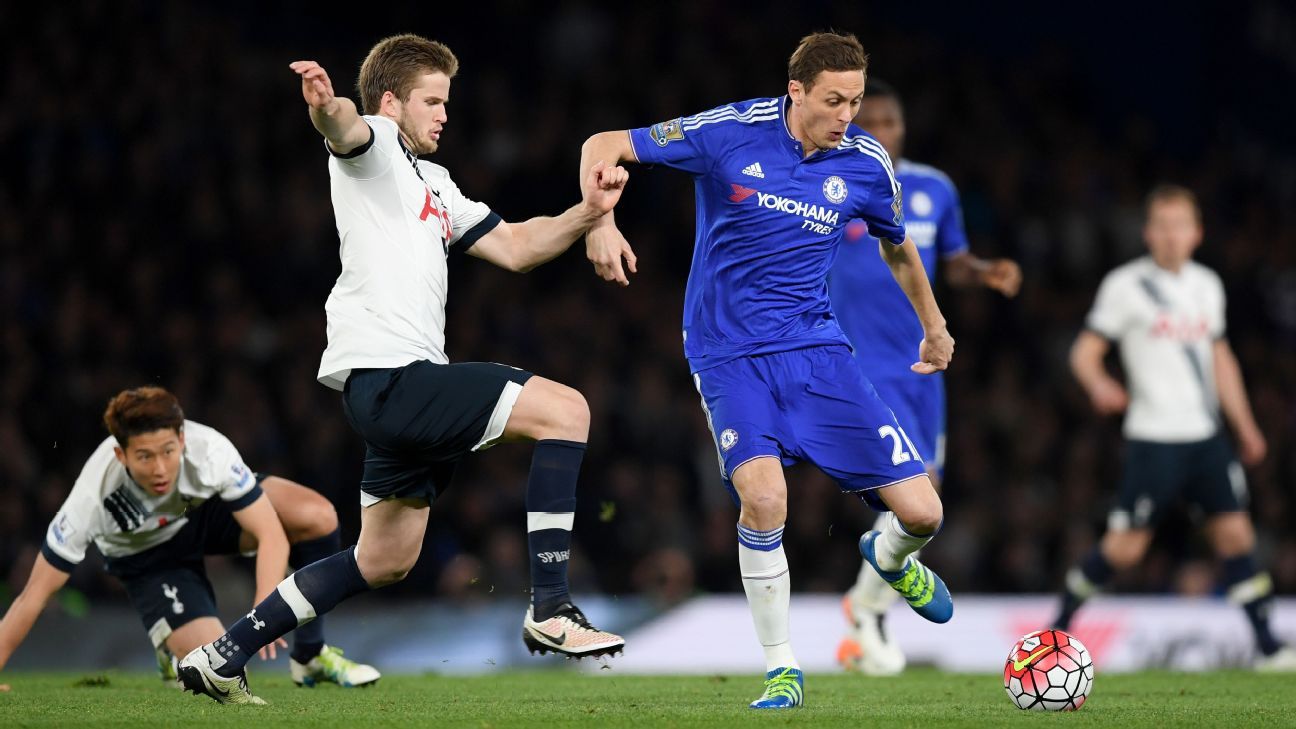 
Jose Mourinho waited by the Old Trafford tunnel for Eric Dier. He hugged him and spoke to him in Portuguese. It sounded like a scene from a fictional account of this season, predicated on the midfielder joining Manchester United. According to Mauricio Pochettino, it happened last December after Tottenham’s 1-0 defeat.

One way or another, Dier was always going to be at Old Trafford on Saturday. He will line up in the colours of Spurs. But he could have been installed at the heart of the United midfield. It is why an unobtrusively effective presence has become a bone of contention between clubs who are twinned on 20 points. They share second place but are divided by Dier.

Pochettino has accused Mourinho of “destabilising” Dier in what he said was a year-long bid to buy the England international. “He put Eric in a compromising position,” the Argentine said in a forthcoming book, “Brave New World.” He wanted to put him in a pivotal position: few roles are more important in a Mourinho side than that of the defensive midfielder. Instead, Tottenham refused to sell and he hired Nemanja Matic to fill that vacancy.

Listen to the United manager, and Matic was always his first choice. A common denominator is an early recognition that he wanted someone to anchor the midfield.

“When I joined Manchester United I thought immediately that we needed a kind of Matic but there are not many,” Mourinho said in August; without mentioning Dier, he implied he chased others because he thought an old ally was unattainable. “But I was not thinking of it [buying Matic] because I always thought I never like to go to players that I think are the impossible mission and I felt there was no chance. When I got the call that Matic wants to play for me and wants to play for Manchester United this season and we can make it happen, I thought it’s the perfect player for me.”

And in the comparison between the man United could have signed and the one they did, Matic is more obviously a quintessential Mourinho player: bigger, for starters, and more physically imposing, more experienced, with a grounding in his teams, and another with whom a multilingual manager can converse in Portuguese.

As Mourinho concluded, he needed no time to adapt. So Matic proved, with his superb start at Old Trafford. A 29-year-old has had an immediate impact. Dier, at 23, may have been the long-term bet but Mourinho has long been accused of being short-termist. Regardless of who is the finer player today, Dier ought to be superior in four years’ time, though Mourinho’s history suggests he will not be at United then. Matic may offer more here and now. He seems likelier to render United champions this year.

Thus far in the Premier League, the Serb is averaging more tackles, interceptions and fouls per game. He is more of a destroyer. Their pass completion rates are virtually identical, at 87.5 and 87.9 percent, though Matic averages more passes per game.

Yet any comparison is inexact. Matic’s position is guaranteed. Dier’s changes. With Davinson Sanchez’s arrival at Spurs from Ajax, his league starts this season have all come in midfield but he moved into a back three at half-time against Bournemouth and began in one against Real Madrid. Pochettino told him he could become the best centre-back in England. He offers a versatility that Matic does not boast.

But Mourinho did not want an odd-job man. As he stated at his unveiling at Old Trafford, he prefers specialists. He did not use Claude Makelele or Matic in the defence at Chelsea; presumably he did not want to deploy Dier in United’s rearguard.

Pochettino, in contrast, spent much of last season using Dier on the right of a back three. The Englishman had been ousted from his preferred position by Victor Wanyama. Indeed, one of the intriguing elements is that, rather than buying the best, Mourinho sought to purchase Chelsea and Tottenham’s second finest defensive midfielder last season. Matic, like everyone else in the division, was outperformed by N’Golo Kante. But the significance of keeping the second in line was shown when Wanyama was injured.

Perhaps Mourinho felt that Matic and Dier were undervalued by their existing employers. Perhaps he pursued a very Mourinho-esque strategy of a pragmatic attempt to weaken a competitor. Rewind to his first spell at Chelsea and he signed Ashley Cole from Arsenal and tried to buy Steven Gerrard from Liverpool. They are the transfer equivalents of a six-pointer, an outcome that strengthens the winner and damages a direct rival.

And the early evidence this season is that Chelsea are diminished without Matic. Tottenham are not. Amid talk of a £50 million move, they kept Dier. Whoever was actually Mourinho’s favoured choice, Saturday’s game doubles up as a shootout for the title of Manchester City’s closest challenger. It may be determined, albeit indirectly, by which of the defensive midfielders Mourinho wanted does his job best.