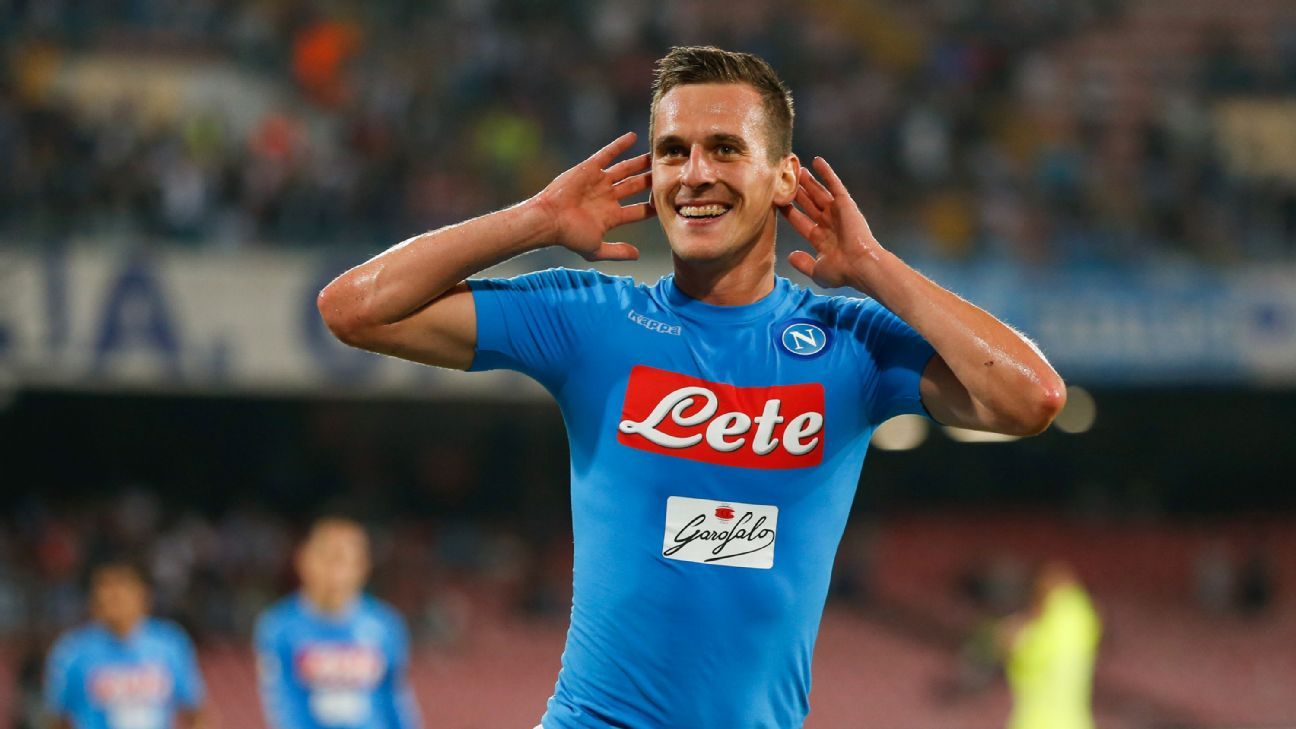 
Napoli forward Arkadiusz Milik has said he will consider a loan move in January, with Chievo tipped to sign him until the end of the season.

Injuries have blighted Milik’s time at the club, and he is currently recovering from a knee ligament problem.

Earlier this week, Napoli president Aurelio De Laurentiis confirmed that he had discussed a loan move with Chievo, and Milik said he would be open to that idea.

“I won’t exclude it,” he told Polish television station WP. “It would be a way of recovering quickly and getting back to 100 percent fitness sooner.”

Milik underwent surgery for the second time in a year on Sept. 23 and is expected to return to action in January.

“I had surgery three weeks ago and the knee is still a bit swollen, but I feel good and am getting better by the day,” he said.

“At the moment, my recovery is going well. I’m spending most of my time on hospital beds, but I will slowly start work in the swimming pool and then there will be a period of cardio work.

“One of the most important factors in this phase is psychological. The first two weeks were really tough, but that’s gone now.”

Milik made three Serie A appearances this season before injuring his knee, and injuries have limited him to a total of 20 league games for Napoli since he joined from Ajax in 2016.

He praised the club’s fans for their backing, saying: “I’d like to thank the fans for their messages and photos they’ve sent me — it’s really nice when 60,000 people at the stadium call out my name, so thanks for this.”