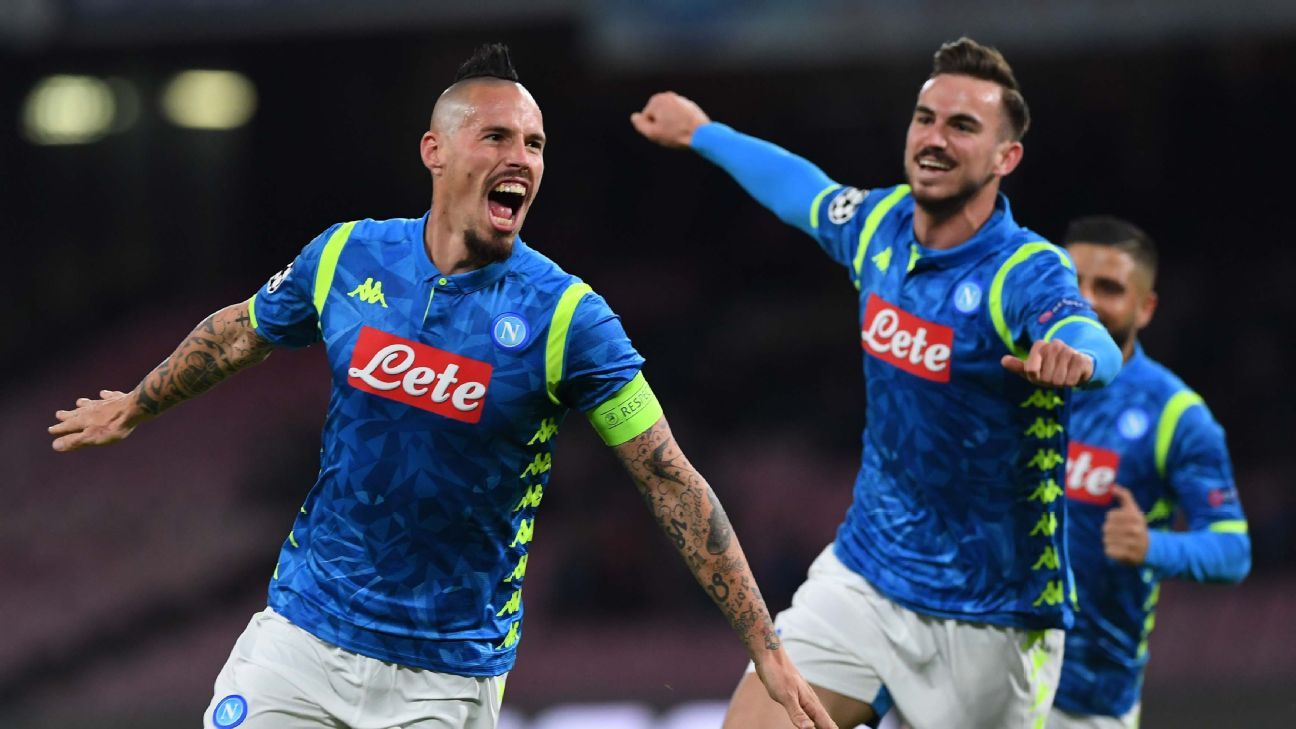 
LIVERPOOL, England — Carlo Ancelotti has vowed that Napoli will play on the front foot against Liverpool on Tuesday night in the Group C Champions League decider.

Napoli, who currently top the group, can reach the round of 16 of the competition with a draw. A loss would also see the Serie A side progress, should Paris Saint-Germain suffer defeat at Red Star Belgrade.

Liverpool, on the other hand, must win 1-0 or by two goals at Anfield, although Ancelotti stressed that will not alter Napoli’s attack-minded approach.

“Obviously I don’t know what Liverpool are planning tomorrow, we all know how they play, particularly when they’re playing at home,” the Italian told a news conference on Monday.

“It is important to be able to defend high up the pitch. The important thing really is to be as compact as possible to avoid conceding goals and recently we seem to be conceding less chances.

With his team needing a win, Jurgen Klopp issued a rallying cry to Liverpool supporters on the need to create a special atmosphere inside Anfield, where Liverpool are unbeaten in Europe since October 2014.

“Anfield is a beautiful stadium,” Ancelotti said in response. “The people are really passionate. It’s really nice to be here and play this kind of game. To play here is really exciting. Everyone wants to play in the one of the best stadiums in the world.

“It’s true that there a lot of Liverpool supporters, but it’s also true that 3,000 Napoli supporters and also 40 million around the world support us.”