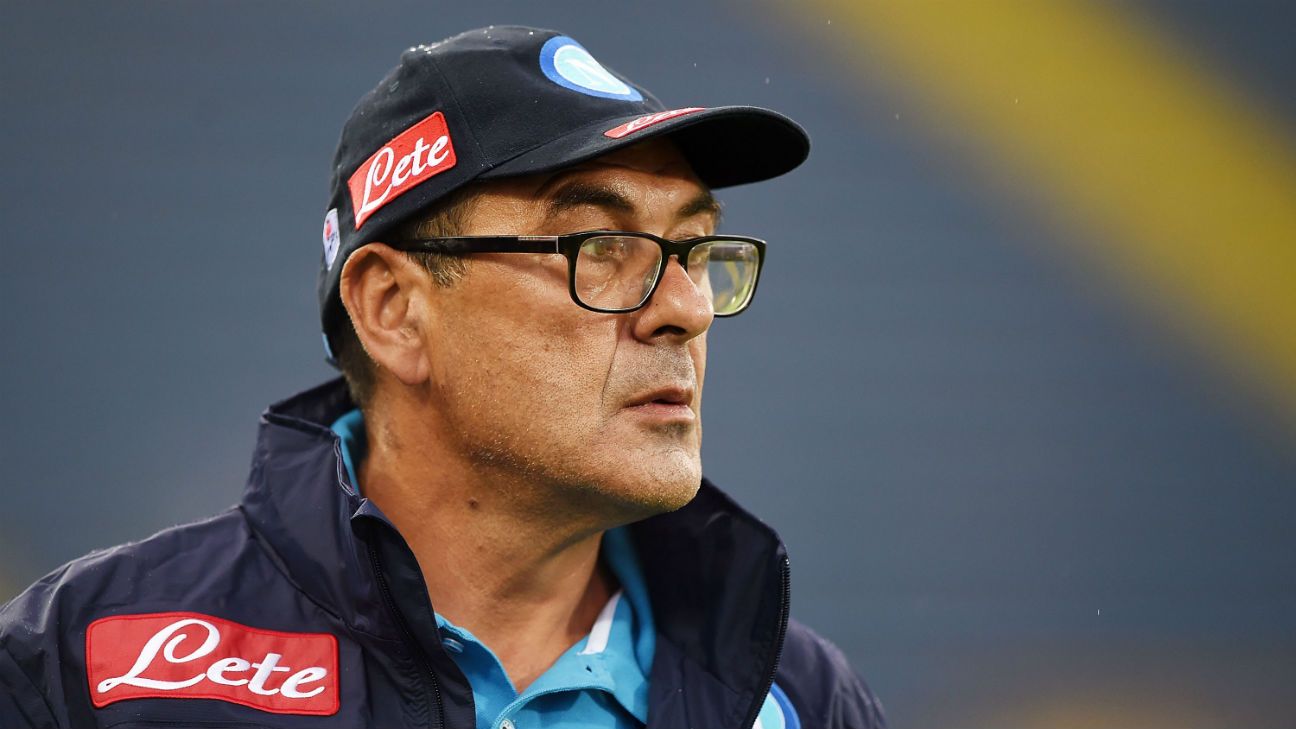 
Napoli coach Maurizio Sarri has called on his team to leave everything on the field as they bid to keep their faint hopes of reaching the knockout stages of the Champions League alive on Tuesday night.

The Azzurri must beat Shakhtar Donetsk without conceding more than one, or by two goals if they do concede more, to remain in the hunt for a place in the round of 16 heading into the final round of group matches.

A 2-1 defeat in Ukraine and back-to-back defeats to Manchester City have put Napoli in a precarious situation, but Sarri is remaining defiant ahead of his side’s biggest game of the season so far.

“We know that the situation in the group is difficult for us, but there is that small glimmer of hope and we’ve got to try to take it,” he said at a news conference on Monday. “Unfortunately, it is not all in our own hands, but certainly our hope depend on tomorrow’s game and I expect my side to show great determination, great heart and great spirits.

“We cannot risk being eliminated without having given it our everything.”

The Serie A leaders were expected to ease through their group together with City and Sarri admits that even he made a mistake in underestimating Shakhtar.

“They are a dangerous side and we’re going to have to take risks to beat them,” he said. “They have players of the highest order on the counter-attack and are one of the most well-oiled teams in Europe.

“At the draw, we were not being very attentive when we considered them beatable opponents. And we are going to hear a lot about their coach [Paulo] Fonseca in future.”

Sarri is not considering giving Lorenzo Insigne a rest despite him having played in every single one of Napoli’s games this season.

“In my opinion, there are players in each squad who must not be considered part of any rotation, like at Barcelona, Real Madrid and PSG,” Sarri said, suggesting Insigne is as important to Napoli as Lionel Messi, Cristiano Ronaldo and Neymar are to their respective teams. “Insigne is one of these players.”

Sarri nevertheless has to find a replacement for the suspended Kalidou Koulibaly, and he has hinted that Marek Hamsik will start, even if he is not 100 percent fit.