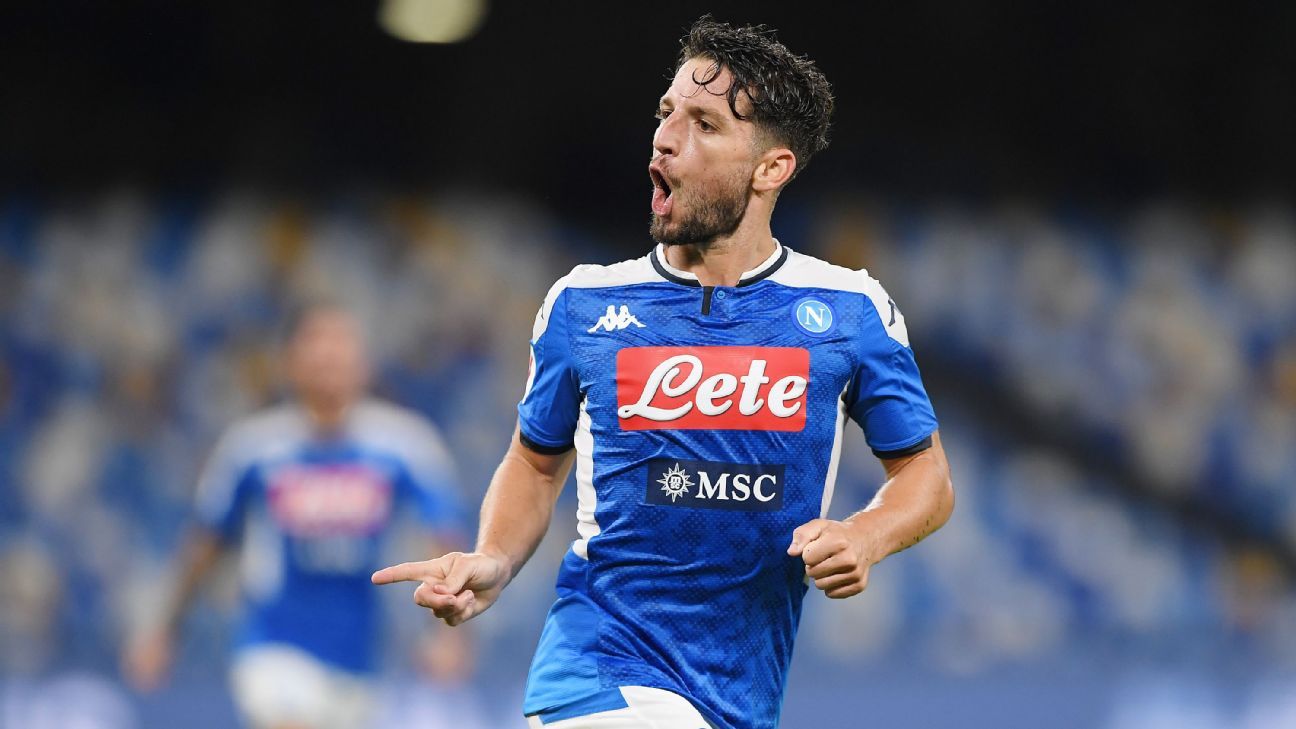 
Napoli reached the Coppa Italia final with a 1-1 draw at home to Inter Milan on Saturday as Dries Mertens cancelled out a Christian Eriksen goal scored direct from a corner to became the club’s all-time record scorer.

The Belgian, in his seventh season at the club, took his tally to 122 in all competitions as he overtook Marek Hamsik, with Diego Maradona third on 115.

Napoli went through 2-1 on aggregate thanks to their 1-0 win at San Siro four months ago and will meet Juventus in Rome in Wednesday’s final. Both teams were playing their first game since the end of the three-month stoppage for the coronavirus.

Napoli goalkeeper David Ospina, badly at fault for Eriksen’s goal, made up for his early mistake with several important saves in the semi-final, second leg.

With no fans allowed, the shouting of Napoli’s Gennaro Gattuso and Inter’s Antonio Conte, two famously passionate coaches, echoed around the stadium for the entire match.

Inter wiped out their first-leg deficit in unusual fashion as Eriksen’s inswinging corner slipped between Ospina and his near post.

However, the Colombian quickly atoned for his misjudgement with a flying one-handed save to turn away Romelu Lukaku‘s header and turned Antonio Candreva‘s drive over the bar.

Ospina also set up the equaliser four minutes before halftime when his raking goal kick set Lorenzo Insigne free down the left and the diminutive winger slipped the ball to Mertens, who slotted it under Samir Handanovic.

Napoli started the second half well but had to withstand some late pressure.

Inter substitute Alexis Sanchez sent a shot flashing past the goal, then Ospina made an outstanding point-blank save to deny Eriksen and Victor Moses fired over from the rebound.