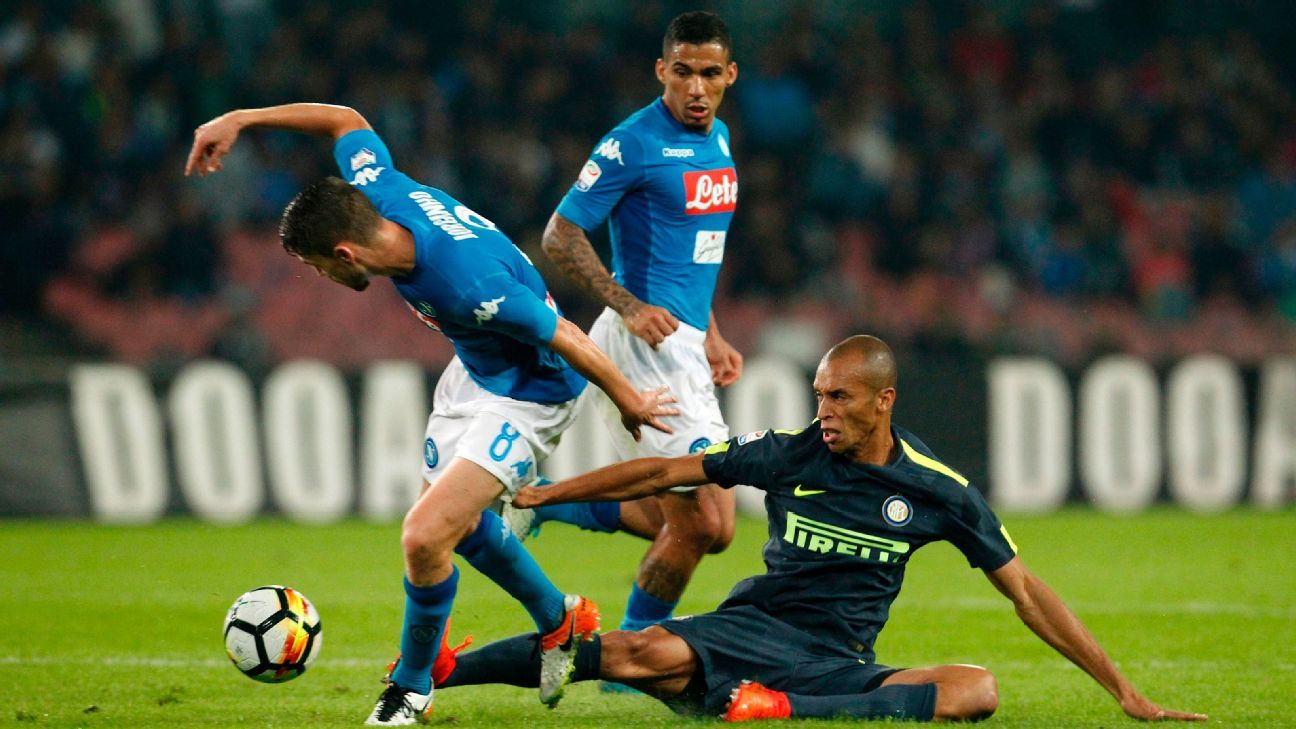 
Napoli coach Maurizio Sarri admitted his side are more motivated in Serie A than in the Champions League after his side “dropped two points” in Saturday’s top-of-the-table draw with Inter Milan.

Sarri’s men had the better of the chances to find a winner and saw their 100 percent record came to start the Serie A season came to an end as they failed to win in the league for the first time since April.

They’re still unbeaten in the league, but Napoli have already suffered two defeats in Europe this season, falling away to Shakhtar Donetsk before Tuesday’s loss at Manchester City.

And Sarri said his players are subconsciously prioritising the domestic campaign.

“To be honest, I see my team more motivated in Serie A compared to Europe,” he told Mediaset Premium. “We played at a high level of determination for 95 minutes, whereas in Manchester it was for 55 minutes.

“City have an extraordinary technical and tactical level, but the feeling I get is that the players care more about Serie A. The Champions League is tiring, but it’s also a wonderful thing to take part in and we ought to give it our best. We’ll play whatever price we need to.

“I think it’s a subconscious thing. If in our minds we feel more competitive in Serie A than in the Champions League, that might be a difficult thing to shake off. After all, we don’t have that much of a chance to go all the way in Europe, but we do want to put in a great tournament performance.”

Though Sarri would have liked to win, he suggested Napoli’s form will make them strong title contenders this season.

“Considering the game, the shots on target and territorial domination, we are to consider it two dropped points tonight,” he said. However, if we continue with this level of performance, few teams will be able to get points against us.”

Napoli were only frustrated by Inter goalkeeper Samir Handanovic, and Sarri had high praise for the Slovenia international.

“Handanovic is an extraordinary goalkeeper, at the moment one of the best in Europe, so it was only normal he’d be extraordinary tonight,” the coach said.

Inter boss Luciano Spalletti also though his side could have come away with a victory, but said Napoli are so good that they may not even be human.

“We played a very good game tonight, but it could also have been played better,” he said. “Napoli did very well, as at times it feels like you are playing against aliens, as they do everything one-touch football and flick it up, over, behind. They have this possession and high-paced football.

“There are times when Napoli move the ball around at a thousand miles per hour. I can’t get my team to do that, so coming away with a point and threatening to achieve even more is positive.

“We are learning, but have already made important steps forward and frankly could’ve won it.”