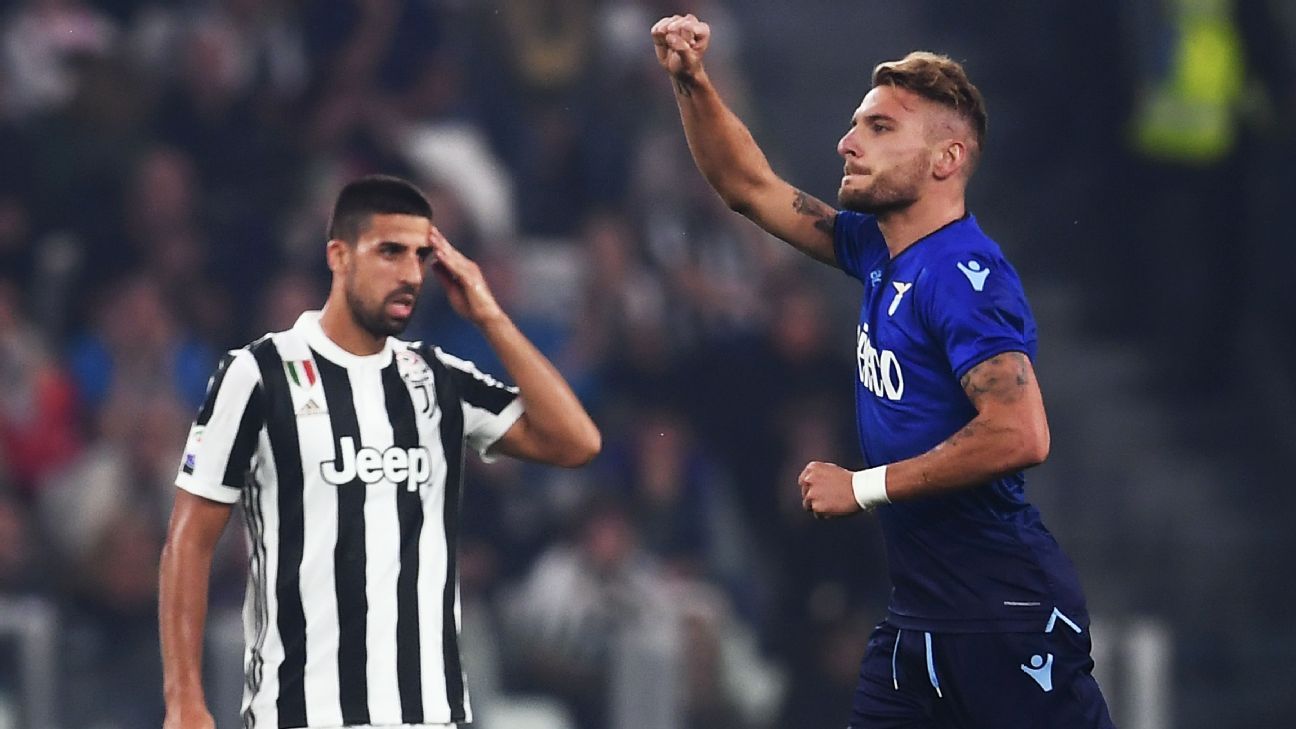 
Italy goes to the ballot box on Sunday. Forza Italia party leader and former AC Milan president Silvio Berlusconi will no doubt have one eye on the exit polls and another on the Derby della Madonnina that evening. Ask Italians what’s in the national interest this weekend and it wouldn’t be at all surprising to hear a lot of them say calcio rather than the last-minute campaigning going on around the country.

Turnout is expected to be big at the Olimpico, the San Paolo and San Siro, but also the Atleti Azzurri d’Italia. Perhaps it would be an idea to station voting booths outside the turnstiles of the latter two grounds. That’s of course if supporters actually brave the cold and leave the comfort of their sofas. Neutrals will no doubt find it hard to move. Not only because of the buran, but the incredible round of games thrown up by the fixture computer in Serie A.

Italy may well come to a standstill — but let’s leave the political and weather forecasting to the experts — as the top eight all face each other over a 48-hour period that could have profound repercussions for the title race, and the hopes and dreams a sextet of teams when it comes to qualifying for the Champions League and Europa League. Wednesday’s Coppa Italia semifinals will presumably have a bearing on how these games play out. How tired will Lazio be after going 120 minutes with Milan? Are they able to forget that shootout defeat in a hurry? A defeat sealed by Milan’s Lazio-supporting centre-back Alessio Romagnoli.

One thing’s for certain: The Biancocelesti can expect no mercy, nor sympathy from Juventus. Massimiliano Allegri believes this game can be the viatico for London: a chance to stock up on the supplies the Old Lady will need for Wednesday’s make-or-break Champions League tie at Tottenham. Intangible supplies like ulterior confidence in their ability to overcome a highly skilled and awkward opponent.

Juventus lost the Super Cup to Lazio at the Olimpico in August, and it was no flash in the pan either. A couple of months later, Lazio became the first side in two years to win at the Allianz Stadium, and channeling those highs will help Simone Inzaghi get them over the lows of this midweek. Lazio haven’t done the double over Juve in the league since the ’40s. Given how close the title race is in Italy, the champions can’t afford to allow that to happen, nor let themselves be distracted by their upcoming Wembley mission.

Napoli will be supporting Lazio and vice-versa on Saturday evening as Roma take the train down to Fuorigrotta for a rivalry whose name, the Derby of the Sun, doesn’t exactly square with the snow that has fallen even this far south over the past week. Roma won here last season after a tactical masterclass from Luciano Spalletti and definitely have what it takes to follow in Juventus, Chievo and Fiorentina’s footsteps and get something at the San Paolo.

However, goals no longer come as easily to this Roma side as they did under Spalletti, and Eusebio di Francesco is under some scrutiny after last weekend’s defeat to Milan meant his side dropped out of the Champions League places. We’ve seen flashes of the team that dazzled in the autumn when Roma won nine of 10 league games, but even if Di Francesco had got Roma firing again and the defence was as watertight as it was at that time, you’d still be going into this game thinking Alisson needs to maintain his extraordinary form in goal in order for the Lupi to come away with a positive result.

No team in the history of Serie A has had as prolific a season as Napoli are having at the moment. They hit Cagliari for five on Monday and when your backup left-back is among the (five different) goalscorers, whipping in a gorgeous free kick to boot, well, you can understand why confidence is growing in Naples that this city’s 28-year wait for the Scudetto is maybe finally drawing to a close.

Maurizio Sarri is attempting to take the pressure off his team, arguing that, regardless of how this season finishes, Napoli are giving themselves every chance of being remembered for their style in much the same way Johan Cruyff’s Netherlands still are 44 years after losing the World Cup final to West Germany. “Our objective is beauty,” he said, which presumably makes Juventus the beast. Joking aside, Napoli fans see where Sarri is coming from. So here’s a compromise: much as they like the Netherlands ’74 comparison, how about we settle on the ’88 side? One that actually won a major tournament.

Come Sunday morning, the gap at the top could still be four points. It might be down to one or stretch as far as seven with Juventus still to play their game in hand. Atalanta haven’t been paying too close of attention up until now. If Napoli have prioritised the league this season, the Bergamaschi have taken the opposite approach, putting everything into the cups. Now out of both of them, and darn unlucky to be so too, attention switches to getting back into Europe next year. Sunday’s game against Sampdoria, a direct rival for that honour, brings it into even sharper focus.

It’s a big opportunity for both. The papers are billing it as the last train Atalanta can catch for Europe, but they have every reason to be confident. The difference between Samp’s home form (32 points) and what they get up to on road (12) is the biggest in Serie A. They don’t travel well. But if Samp go to Bergamo and win on Sunday, it will open up a nine-point cushion on Atalanta. Of course, Gian Piero Gasperini’s side still have a game in hand, only it’s the one with the highest difficulty rating in Serie A: away to Juventus.

Whatever happens, both sets of players will flick on the Derby della Madonnina, the prestige fixture of the round, when they return home that evening. Milan are sandwiched between them but the momentum is very much with Gennaro Gattuso and the resurgent Rossoneri, who have bigger ideas than duking it out with Samp and Atalanta for a spot in the Europa League.

The enthusiasm generated by this 13-game unbeaten run, the longest Milan have enjoyed in nearly a decade, is better than any cryochamber for the aches and pains caused by Thursday nights in Razgrad and cup semifinals that go on well past bedtime. Mix that with the adrenaline a derby gets pumping through your body and it’s hard to see Milan coming unstuck against their cousins.

Inter’s results in the past three weeks have not been bad. Two wins out of three look good on paper, but the inconvenient truth is they came against Crotone and Benevento, who outplayed them for an hour in their own backyard. And yet the derby might be exactly what Inter need. It could break the spell and snap them out of their malaise. Remember Milan’s current run started when they unexpectedly eliminated the Nerazzurri from the cup. Mauro Icardi, Inter’s captain, should be back for this game and, boy, do they need him to perform like he did in the reverse fixture when he scored a hat trick.

Milan have recovered nine points on Inter in the past six weeks. Another win would take them within four and do away with any cautious optimism. Milan would suddenly become very bullish indeed about completing the most remarkable of comebacks to qualify for the Champions League, especially with their run-in. As for Inter, stopping Milan wouldn’t only consolidate their position; popping their balloon would be the source of immense satisfaction. It would lift the mood and potentially energise the remainder of their campaign.

For now, a country holds its breath. By Monday, we’ll have a better idea of where the balance of power lies. Not only in parliament, but on the pitch too.