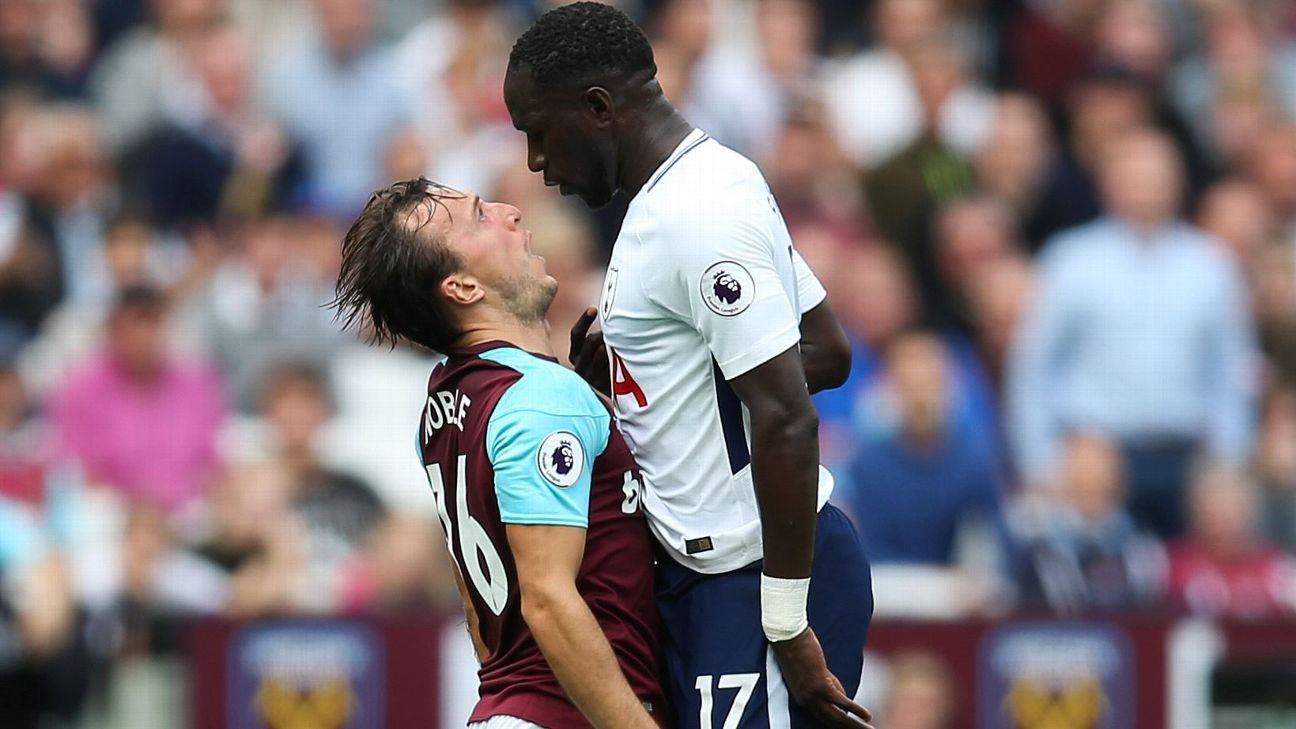 
Just before half time in Tottenham’s 3-2 win at West Ham on Saturday, Moussa Sissoko fouled Mark Noble, sparking a typically yappy reaction from the home captain. Noble, four inches shorter, squared-up to the Spurs midfielder, wagging a finger and barking in his face. Sissoko stood his ground, growling back in hostility.

It is easy to imagine this show of defiance, more than anything else, prompted Mauricio Pochettino to say afterwards: “I think Sissoko is doing very well. I am so happy with him this season.”

Pochettino loves his players to fight for themselves, for their teammates and for him, and the Spurs manager will never condemn a bit of “argy-bargy”. The confrontation was over quickly but it was the first time Sissoko has really seemed to be a Pochettino player, up for the fight and invested in the team.

Last season his rare attempts to assert himself, like everything else he tried following a deadline day move from Newcastle, were badly misjudged. He was suspended for three matches for elbowing Harry Arter in a frustrating 0-0 draw at Bournemouth in October before he was criticised by Pochettino for not working hard enough in training or matches. Even when he tried to say the right thing, he got it wrong, urging Spurs to return “home” to White Hart Lane for the Europa League when it was impossible. He finished the campaign without a meaningful contribution.

Spurs considered selling Sissoko in the summer, particularly after he told L’Equipe he wished Pochettino would communicate with him better. The comments did not impress the manager, not least because they had talked on Spurs’ postseason trip to Hong Kong, with the £30 million signing promising Pochettino he was committed to the club and would improve.

But Pochettino decided to give Sissoko a second chance, itself a rare thing, and Saturday’s scrap with Noble came amid another promising display from the France international. “Credit where it’s due. He was everywhere today. It was a really dynamic performance,” said Danny Murphy, himself a midfielder who struggled at Tottenham, on BBC’s Match of the Day.

Sissoko was undoubtedly effective on the right of a wonky midfield diamond, surging into the spaces left by West Ham, especially in the first half. His understanding with Serge Aurier — a former teammate at Toulouse, who was sent off on his full Premier League debut — was encouraging and early on, Sissoko released the wing-back with a clever back-heel, another moment that suggests his confidence is growing after starting four of Spurs’ first six league matches.

Pochettino acknowledged his importance to Aurier and Sissoko’s renaissance comes at a good time for the manager. Mousa Dembele is struggling with a foot problem and Pochettino has been planning for life after the Belgian by targeting Everton’s Ross Barkley. Sissoko, though, has always said he is a central midfielder who likes to play box-to-box. If he continues to improve, he could save Spurs from spending another £30m on the England player in January.

“Sissoko and Dembele have different characteristics,” Pochettino said on Saturday. “We had Christian [Eriksen] and Sissoko, who can go forward on the right side to stretch the opponents. I feel happy in the way we changed and played. I think Sissoko was fantastic today.”

Dembele is doubtful for Tuesday’s Champions League game at APOEL Nicosia and the Premier League trip to Huddersfield next weekend, while Dele Alli will serve the second of a three-match European ban in Cyprus and Victor Wanyama is not expected to return to training until the international break. For the next two matches at least, Sissoko will continue to be crucial for Tottenham.

Shortly after his close-up with Noble, Sissoko twice lost the ball clumsily, passing it straight out of play before wildly over-hitting a first-time pass to Harry Kane. He has set a low bar at Tottenham and there is danger in over-egging a good but not great performance. Even Match of the Day’s highlight-reel did not quite match Murphy’s praise.

Clearly, Sissoko has a way to go before he can really be considered a Pochettino success story and it will be telling how much he plays once the manager has a full complement of midfielders to choose from. It says a lot about his form in 13 months at Tottenham that his spat with Noble ranks as one of his most memorable moments in a Spurs shirt and he needs to justify his selection with another type of big moment — a goal or a big assist — soon.

But Saturday was another positive step and he is finally looking confident and confrontational enough to be an asset to Pochettino’s Spurs.