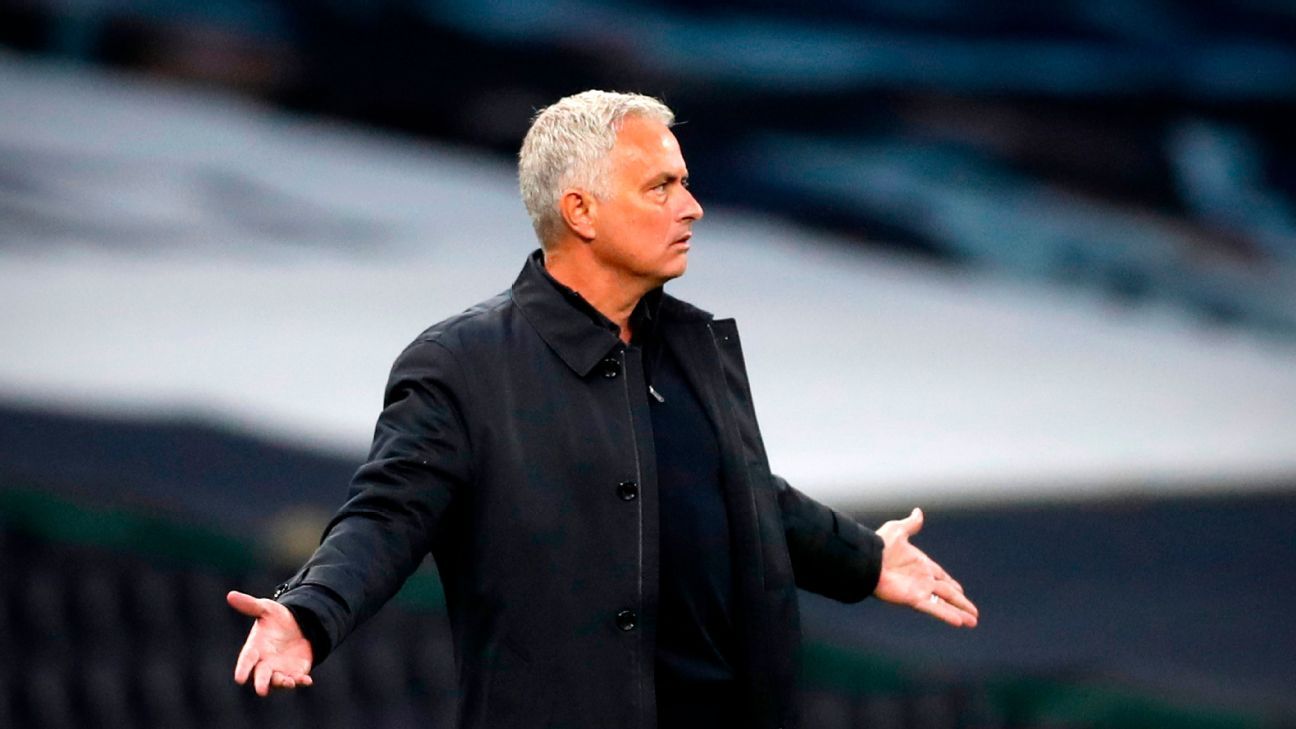 
Jose Mourinho has said he will not watch the new Amazon documentary of Tottenham’s 2019-20 season and admitted his frustration at the intrusion from cameras during filming.

The 22-second trailer for “All or Nothing: Tottenham Hotspur” was released on Friday, focusing on Mourinho’s arrival at the club last November to succeed Mauricio Pochettino as head coach.

The series is set to be released later this year and will chart a turbulent campaign which also featured Spurs struggling to reproduce the form that got them to last season’s Champions League final, the coronavirus pandemic and a half-time fight between Spurs players Hugo Lloris and Son Heung-Min in Monday’s win over Everton.

Amazon producers have had unprecedented access at the club’s training facility in addition to matchdays and although Mourinho had previously kept his feeling quiet over the interference, the 57-year-old chose to speak out ahead of Sunday’s north London derby against Arsenal.

“I try to forget them during the time,” he said. “If you ask me [is it] something that I enjoy, no. I don’t like the feeling of being in ‘Big Brother,’ I tried to forget them and I think I managed to do that for the majority of the time.

“I have no idea what is there. I have no concerns, it is just… nothing is fake, everything is real. For them, it must be great because they have the day by day, 24 hours of what a football club is, a dressing room is. They have everything so, so, so, so real. Nobody acted for it. It is just the way it is.

• UCL draw: Bayern set for Barca in QFs
• Notebook: New twist in Thiago future
• UEL draw: Man Utd could face Inter final
• Sources: Barca agree terms with Lautaro
• Zidane unsure if James will be back
• Marcelo should be back for City vs. Madrid
• Mourinho not happy with Spurs Amazon doc

“Am I going to watch it? No, no I’m not. It is not something I want to do. Also because I know better than anyone what is our day by day here but I think it will be very, very interesting for the people that loves football, loves sport and I think it is going to be great for them.”

Spurs will be without Dele Alli against the Gunners due to a hamstring problem as both sides try to push for Europa League place with Champions League qualification appearing a distant possibility.

Tottenham’s chances were hampered further by a 0-0 draw at Bournemouth on Thursday evening when Spurs were denied a clear penalty as Harry Kane was bundled over by Joshua King in the fourth minute.

VAR officials at Stockley Park have since admitted they made a mistake and Mourinho said referees should be encouraged to speak publicly after matches to explain their decisions.

After the Bournemouth clash, Spurs captain Lloris spoke to ESPN Brasil and opened up about his clash with teammate Son during the 1-0 victory over Everton.

“There’s no problem at all, it’s part of football sometimes,” Lloris said.

“My only regret is that I would have preferred it to happen in the changing room but unfortunately football is about passion, desire, emotion and sometimes it’s difficult to control.

“Especially when you are in a situation where every game matters, every point matters but it shows that we care about the club, the situation and we are not satisfied with it.”