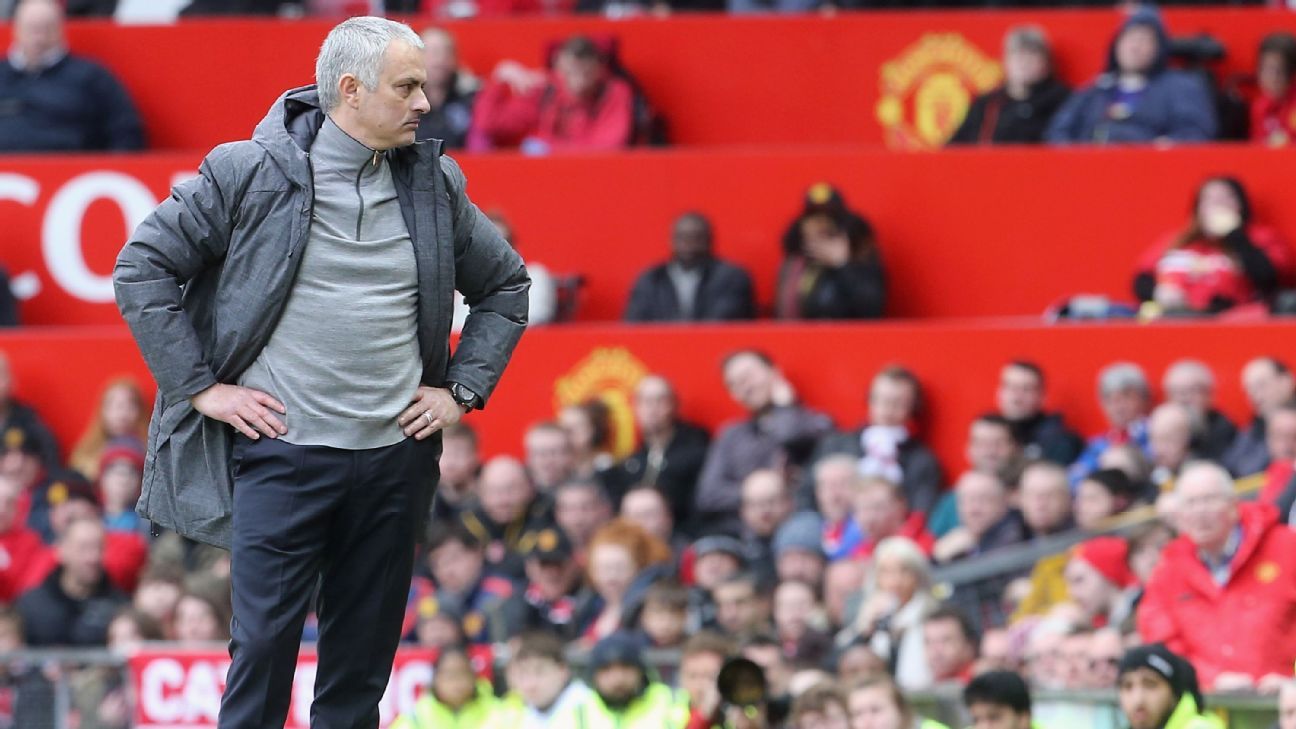 
Former Manchester United manager Jose Mourinho says Pep Guardiola and Jurgen Klopp are reaping the benefits of having the full support of their clubs, something he enjoyed during his first spell as Chelsea boss when he and the Blues “killed the Premier League in such an easy way.”

Guardiola’s Manchester City and Klopp’s Liverpool have spent most of the 2018-19 season as favourites to win the Premier League a year after the Etihad club ran away with the title with a record haul of points.

Mourinho told beIN Sports on Saturday that their rise to the top has come as no surprise as City and Liverpool have given their managers the freedom to assemble their squads as they wished — an allowance Mourinho has often complained was never made for him while at Old Trafford.

“You see today in Liverpool, and I was thinking how many of these players were in Liverpool before Jurgen [Klopp] arrived? No Alisson, no [Virgil] van Dijk, no [Andrew] Robertson, no [Mohamed] Salah, nor [Roberto] Firmino, no [Sadio] Mane, no Fabinho. [Georginio] Wijnaldum, I don’t think he played today [in a 4-3 win over Crystal Palace], but no Wijnauldum, no [Naby] Keita. This is work in-depth.

“So when, the other day, I was speaking about leadership related to the structure of the club, it’s not just leadership, it’s everything. It’s even the football ideas. So if you are a manager that you have in your hands the possibility to choose the player that you want to follow your football idea, or to follow the idea you think is the best to win a certain competition, that’s one thing. Another thing is if you are not able to do that.”

The former Porto and Real Madrid boss used his early days at Chelsea as an example when he was given licence to hand-pick his squad.

The Portuguese took over at Stamford Bridge ahead of the 2004-05 season, just after Arsenal had stormed to an undefeated Premier League title.

In his first year in charge, Mourinho’s Chelsea, led by summer signings Ricardo Carvalho and Didier Drogba, won the club’s first league title by 12 points, losing only once while conceding a competition-record 15 goals in 38 matches, before taking the title again the following season.

“I [went] to Chelsea and when I arrived in England, it was the season when Arsenal was crowned the ‘Invincible’ champions. When I arrived in 2004-2005 Arsenal was ‘The Invincibles.’ [Arsenal] Was a team only with bad players,” Mourinho said with a smile. “Thierry Henry, Robert Pires, Dennis Bergkamp, Patrick [Viera], Sol Campbell. Only bad players. And we go there a little bit like the underdogs, but it was a moment where Chelsea was burning internally with that incredible desire of [club owner] Mr. [Roman] Abramovic after buying the club and after having already [experienced] some good things, you know, finish second, third, reaching Champions League semifinals with [former manager] Mr. [Claudio] Ranieri.

“Chelsea was burning and [there] was a big desire to win [the Premier League]. And like I like to say about Liverpool this season. We say when you go … direct to the target. Liverpool need a goalkeeper — Alisson, bang! Liverpool went exactly where they needed to go. And we [Chelsea] were fantastic in the market. Mr. Abramovic was in big love with football and with the club. Peter Kenyon was an amazing CEO to work with. Amazing. I came with clear ideas, and we followed everything.

Zenit face competition for Barcelona’s Umtiti from Liverpool, Man United
Super League is only wanted by a cabal of Europe’s elite club owners. Fans have been forgotten
Real Madrid’s team bus has window smashed ahead of Champions League clash vs. Liverpool
Real Madrid battling Liverpool in Champions League, but also physical, emotional fatigue after Clasico win
I don’t know what will happen in summer