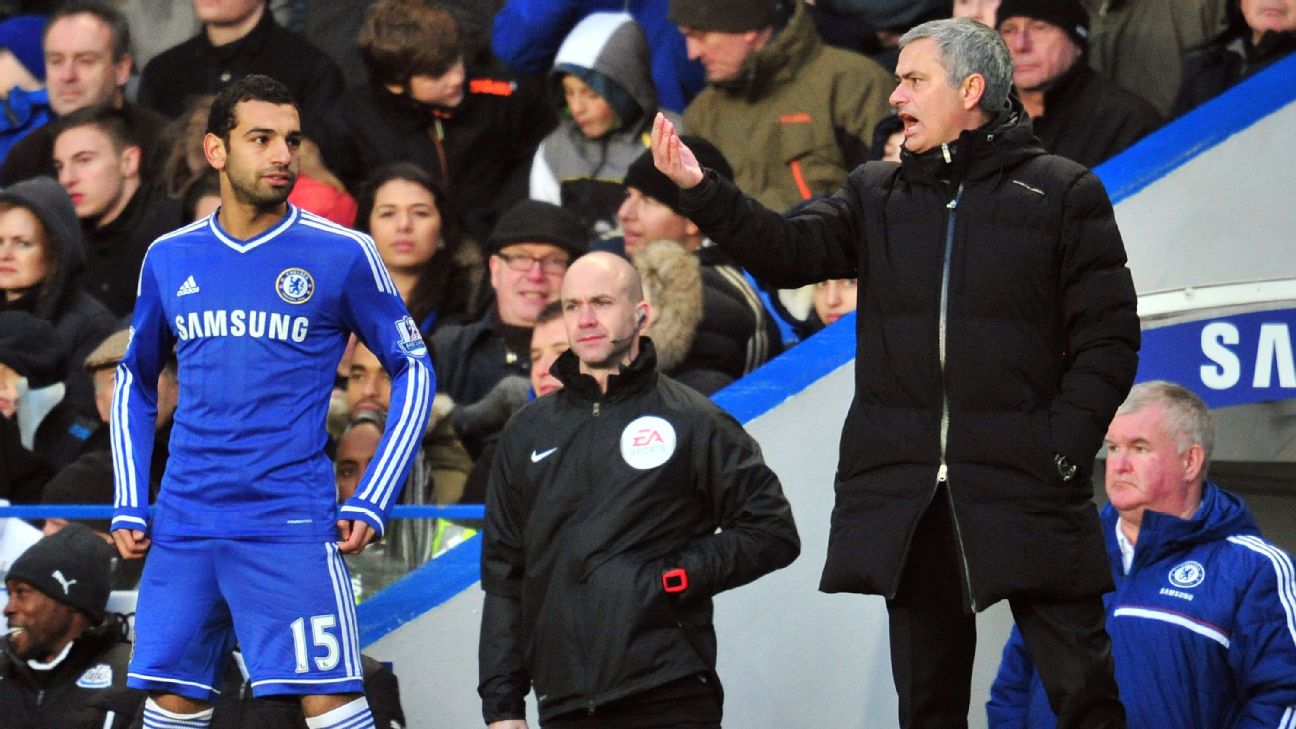 
Jose Mourinho has said he “fell in love” with Mohamed Salah before signing him for Chelsea, but that the Egypt international became a “lost kid in London” during his time at Stamford Bridge.

Salah made 19 appearances for Chelsea after sealing an £11 million move from FC Basel in 2014 before moving to Fiorentina on loan in February 2015. Chelsea then sold Salah permanently to Roma in August 2016 before the forward returned to the Premier League with Liverpool at the start of the 2017-18 season.

Salah has since gone on to become one of the biggest stars in the Premier League and a key figure in Jurgen Klopp’s team, but Mourinho has reiterated that, rather than cast him aside as Chelsea manager, he actually gave him his big chance.

“Let me start with Salah, because lots of things have been told that are not true,” Mourinho said on beIN SPORTS. “People try to identify me as the coach that sold Salah.

“I am the coach that bought Salah, so it is completely the wrong idea. I played against Basel in the Champions League and Salah was a kid in Basel. When I play against a certain team, I analyse the players for a long time and I fell in love with that kid.

“I bought the kid, I pushed the club to buy him and we already had fantastic attacking players like [Eden] Hazard, Willian. Top talent, but I told them to buy that kid.”

Mourinho said, however, that Salah’s failure to claim a regular spot at Chelsea led to the unhappiness that prompted his move to Italy.

“So we put him on loan in Italy — technical, physical football — a good place to play. Fiorentina had no pressure to win a title, but when the club decided to sell him, it was not me.

“Lots of things have been told that are not true!”

“But I bought him, not sell him and my relationship with him was good.

“I think he doesn’t regret that move because the progression went well, but he was just a kid who wanted to play every week and I couldn’t give him that.”