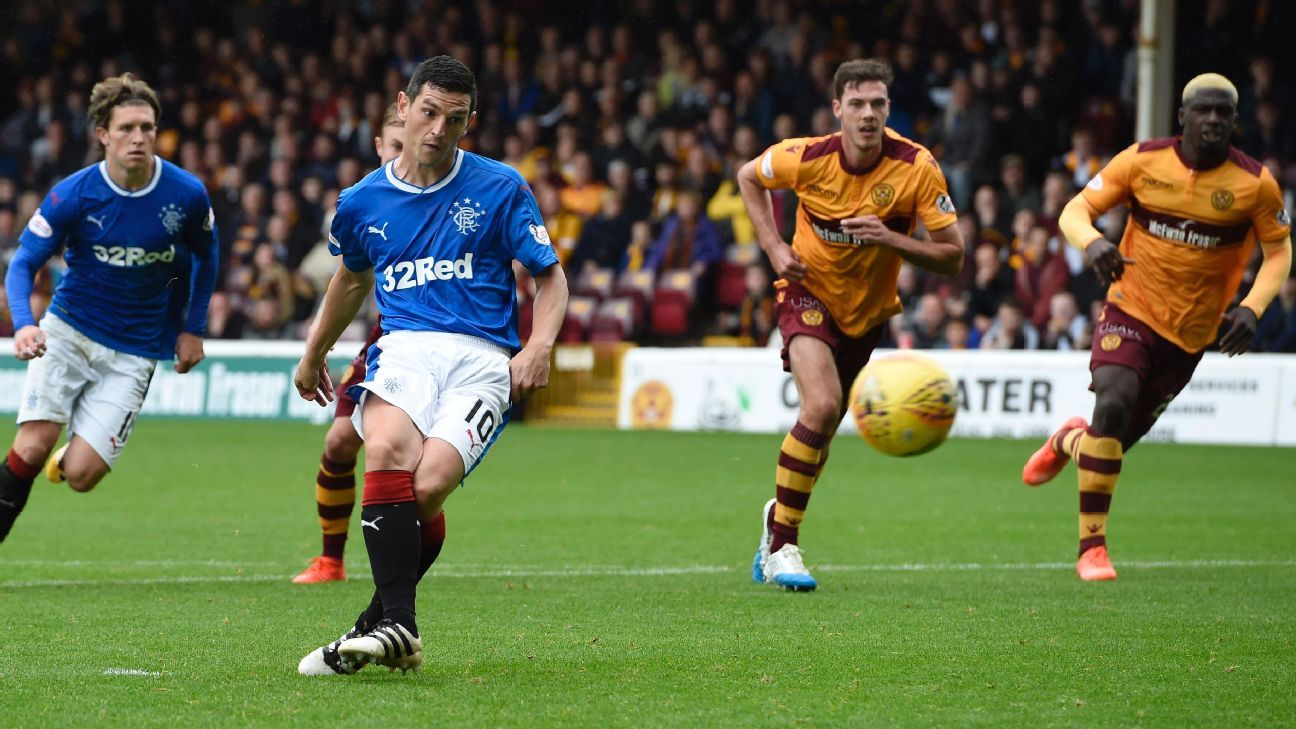 The boyhood Gers fan marked his first competitive start with a goal inside four minutes, but the Light Blues found themselves pegged back just before the break when Ben Heneghan headed home.

Dorran capped off his dream introduction, however, when he slotted home a second-half penalty to ease the pressure on boss Pedro Caixinha.

The Ibrox manager was under scrutiny to show his team had made progress from their Europa League nightmare in Luxembourg.

But the forward strides made in the month since that catastrophe in Niederkorn were obvious.

It took the Light Blues just four minutes to strike, with Caixinha’s new boys Bruno Alves and Dorrans central to the opener.

A Daniel Candeias free-kick sailed deep but Alves swung it back to Kenny Miller at the far post. The veteran hitman nodded down for Dorrans who swept a composed finish past defender Heneghan’s despairing lunge on the line.

The most obvious change to Gers’ play was moving the ball quicker than they managed at any stage last season, and much of that was to do with Josh Windass’ pace and directness.

Yet they still looked capable of shooting themselves in the foot.

For example, a slack pass out from goalkeeper Wes Foderingham put the Ibrox side in trouble but Louis Moult wasted the opportunity as he blazed over from Chris Cadden’s cross to the back post.

Windass looked set for an early goal of the season contender when another of his rapid surges took him past Cedric Kipre down the left, but his curling strike came back off the base of the far post.

The pace of the game dropped a notch as the half-hour mark approached but both sides continued to tease at one another.

But it was Motherwell who struck six minutes before break. An Alves foul on Moult gave them a free-kick wide on the right and Heneghan was able to sneak in between Fabio Cardoso and Lee Hodson to finish from Craig Tanner’s cross.

Gers looked to up the ante again after that setback, with Windass again the dangerman as he curled another strike in from the left, this time seeing it smash off the crossbar.

Miller fired over early in the second half after good work by Candeias on the right.

Another delivery from the Portuguese wideman after 57 minutes did help produce Gers’ second goal, though, when Cardoso took a elbow to the face from Moult as they tussled for the cross.

Dorrans took on the spot-kick responsibilities as he lashed past Trevor Carson.

But the visitors were not home and dry yet and held their breath when Ryan Bowman’s deft touch from Cadden’s cross was only kept out by the post.

And there was drama at the death when Alex Fisher’s late shot squirmed under Foderingham before bouncing wide to Caixinha’s relief.