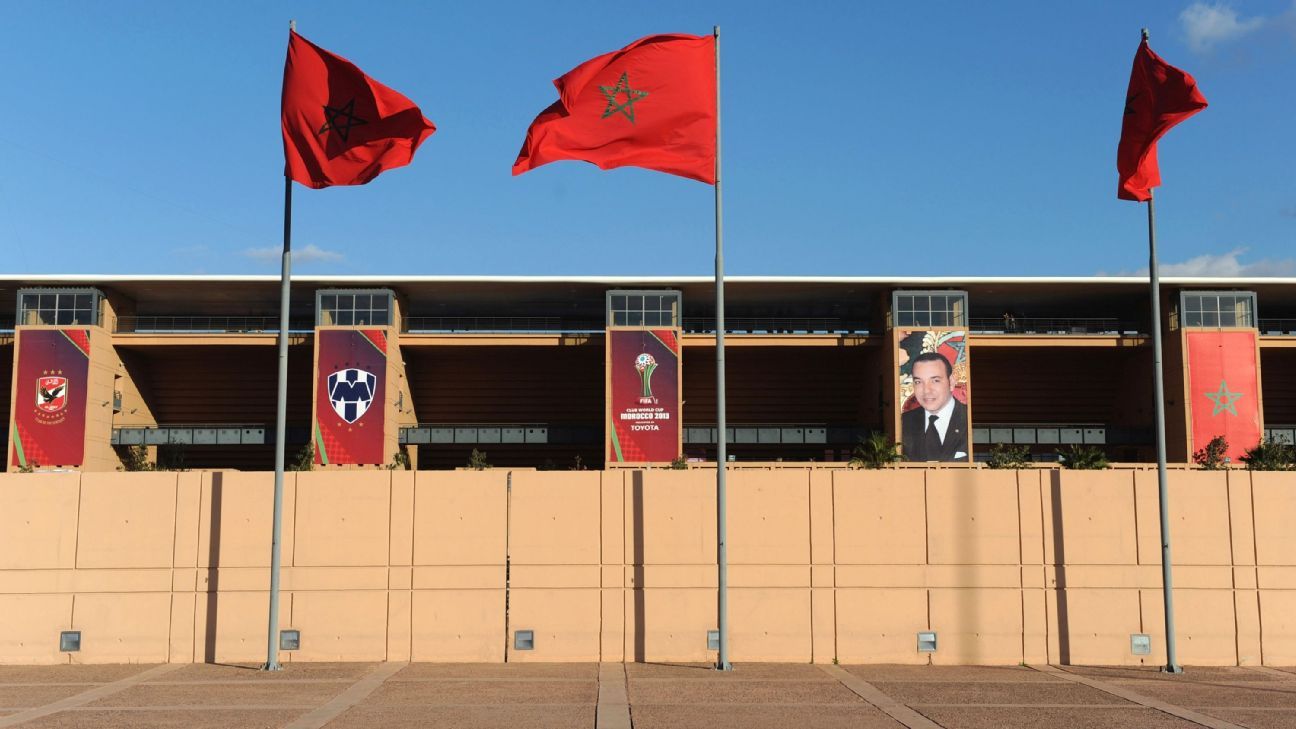 Morocco’s decision to bid for the 2026 World Cup will see the North African country hoping to make it fifth time lucky after some near misses in the past.

Morocco have thrown their hat in the ring against a powerful joint-bid from the United States, Canada and Mexico, and look immediately on the back foot for what will be an expanded 48-team tournament that will stretch their infrastructure to the maximum.

Morocco are the only other nation to bid against the Central and North American trio, and must be viewed as rank outsiders from the start, with around a year to persuade FIFA’s selection committee that can put on the better show.

Primarily, they are also up against geography and politics.

While the last World Cup was on African soil relatively recently in South Africa in 2010, it has not been to North or Central America since USA 1994.

Given all that, it seems an odd decision of Morocco to enter the race, and for them it is more likely a pre-push to host the 2030 finals instead.

Morocco certainly has plenty of experience of bidding, starting somewhat ironically, with the 1994 finals that went to the USA.

On that occasion they were also up against Brazil and Chile, and the voting was perhaps closer than one might have expected.

Chile withdrew late on, and of the 19 FIFA executive committee members who voted, 10 went for the USA, Morocco received a healthy seven votes, and Brazil two.

It was a defeat, but one that was encouraging for the North Africans in their first tilt at the finals.

They returned to bid for the 1998 tournament alongside France, Switzerland, England and Germany.

The latter three all withdrew amid the horse-trading leading up to the vote, which left France and Morocco to battle it out.

Two FIFA Exco members had been added to the decision-making process this time round and again Morocco received seven votes, but France won the day with 12.

Morocco did not bid for 2002, but were back, alongside continental rivals South Africa, to vie for the hosting of the 2006 finals.

This time the Moroccans were well off the pace, receiving only two votes in the opening round that also included Germany and England.

When England dropped out in the second round, it left South Africa and Germany to go head-to-head in what would turn out to be a highly controversial voting process.

Germany won the vote 12-11, but only because New Zealander Charlie Dempsey defied his Oceania Confederation and abstained from the vote, instead of backing South Africa as he had been mandated to do.

That would have left the tally at 12-12, giving the deciding vote to then FIFA president Sepp Blatter, who was a vocal supporter of the South African bid.

Dempsey later claimed that the pressure of the situation got to him, though it was surely nothing compared to the storm that followed his controversial abstinence. Whatever secrets he might have had he took to his grave when he passed away in 2008 aged 87.

The controversy meant FIFA guaranteed that the next finals, in 2010, would be held on the African continent, which led to six nations throwing their hats into the ring.

South Africa and Morocco were always the favourites, but there was also a joint bid by Libya and Tunisia, while Egypt and Nigeria also showed their willingness to stage the event.

The Nigeria, and Libya and Tunisia bids, faltered before the vote, while Egypt did not receive a single backer.

South Africa won another controversial vote 14-10, though all sorts of allegations swirled around it, with England’s Daily Telegraph going so far as to report in June 2015 that Morocco had in fact received more votes, but that South Africa was given the finals anyway.

Both countries were accused of offering bribes, which both nations have also denied.

But at the same time, it emerged that FIFA executive committee member Chuck Blazer claimed he had accepted bribes to vote for South Africa in 2010, but also admitted he had done the same to get the World Cup to France, again over Morocco, in 1998.

Blazer, who died last month, made these admissions to a judge in 2013 as he turned into a witness for the FBI against FIFA.

Morocco will hope the process for the 2026 World Cup selection is less tainted, but even in a fair vote they will be up against it, and another failure appears a near certainty.