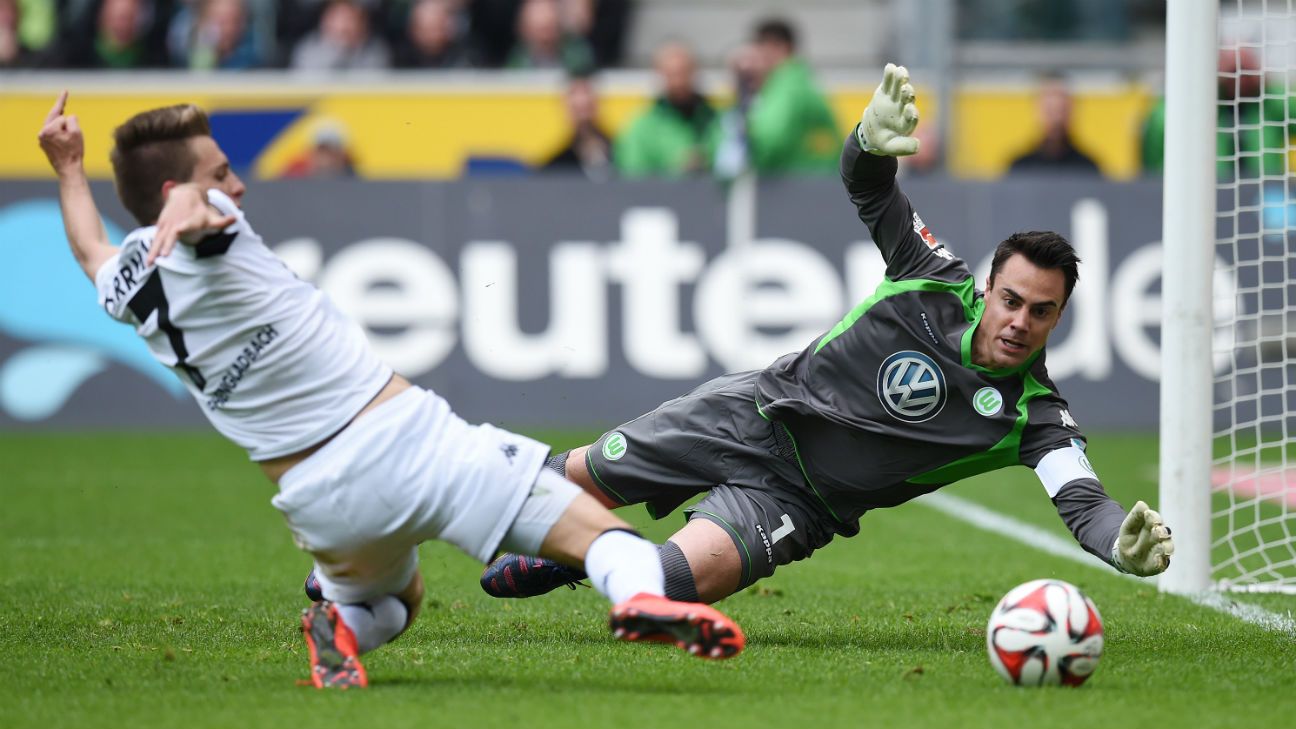 
Monaco have confirmed the signing of Wolfsburg goalkeeper Diego Benaglio on a three-year deal.

Benaglio, 33, joins the French champions as they look to replace backup keeper Morgan De Sanctis, whose contract expires at the end of this month.

The Swiss international became a fans’ favourite at Wolfsburg, where he played 321 matches in 10 seasons and was appointed captain.

“We are delighted to welcome Diego Benaglio to Monaco,” Monaco vice-president and CEO Vadim Vasilyev told the club’s official website.

“Diego has won several trophies with Wolfsburg, including the Bundesliga, and also played at Euro 2008 and the 2010 and 2014 World Cups with Switzerland. He will bring all of his experience to our squad.”

Benaglio said: “It’s an honour to join AS Monaco, the reigning French Champions. I followed the team’s results last year, and they achieved great things.

“I can’t wait to meet the squad. I’ll be doing my best to bring my experience and everything I can to the team.”

The signing was Monaco’s second of the day after already sealing a deal for defender Jordy Gaspar from Lyon.

The Ligue 1 champions announced that the France Under-20 full-back has put pen to paper on a three-year deal at the Stade Louis II, beginning on July 1.

Gaspar, 20, came up through the youth ranks at Lyon but has decided to join Leonardo Jardim’s high-performing squad.

As well as winning the title last season, Monaco also reached the final of the Coupe de la Ligue and last four of both the Champions League and Coupe de France.

Monaco vice-president Vadim Vasilyev said on his club’s website: “We are pleased to announce the signing of Jordy Gaspar.

“He is a promising young French player recognised for his potential and who will find everything he needs here to progress under the orders of Leonardo Jardim.”