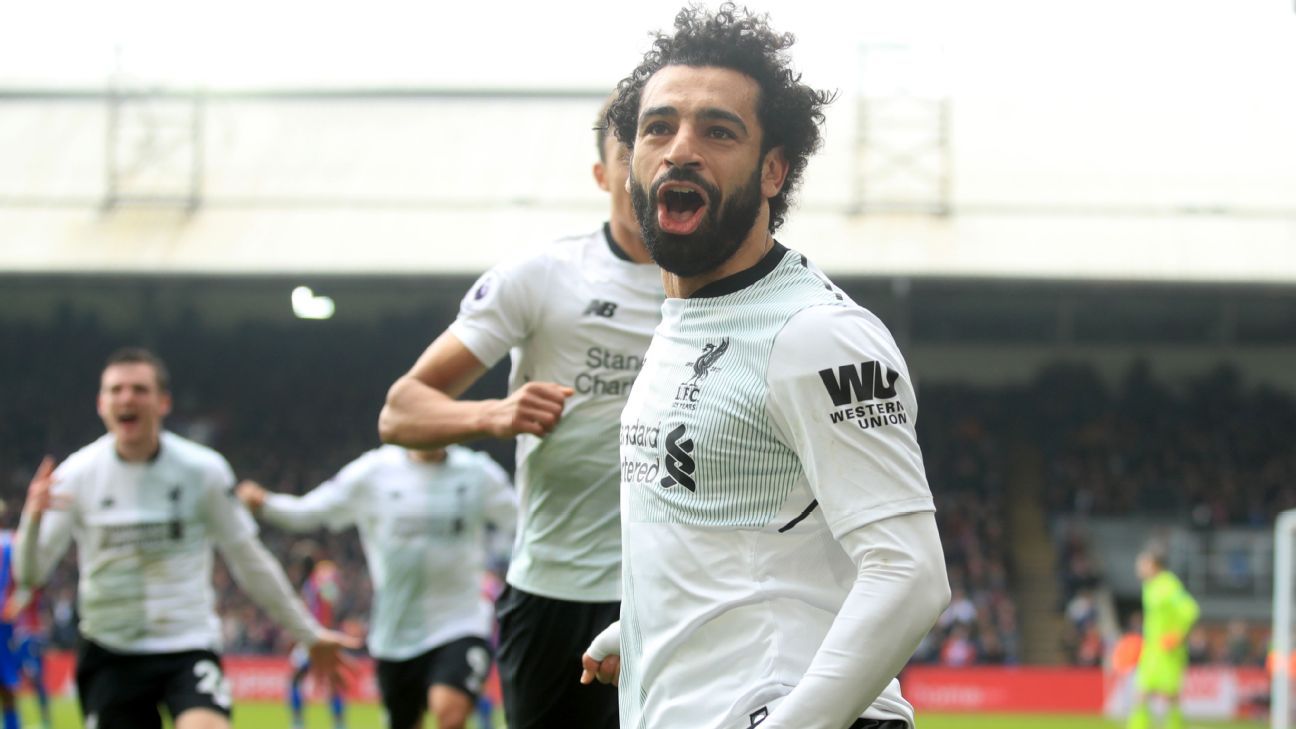 
Mohamed Salah has told CNN it is “very special” to play for Liverpool, saying the atmosphere at Anfield for the Champions League quarterfinal against Manchester City was something he had not experienced before.

Salah is enjoying a record-breaking debut season, having scored 39 goals in all competitions, and one more goal will make him the first Liverpool player since Ian Rush in 1986-87 to reach the 40-goal mark.

On Friday he was named Premier League Player of the Month for March, becoming the first player to win the award three times in one season after previous wins in November and February.

“There’s something very special about playing for Liverpool,” he said. “The Champions League nights are special for the fans, too. You can feel it on the streets.

“The atmosphere in that first game against Manchester City was the first time I had really seen something like that.

“When we saw the draw, everyone knew it would be a difficult game, but I said we had to be positive and win. That’s what we did.”

Former Liverpool defender Jamie Carragher backed Salah to win the PFA Player of the Year award, saying the 25-year-old was in the same class as Thierry Henry.

Salah’s main rival for the crown is City’s Kevin De Bruyne, but Carragher told the Liverpool Echo: “All season, I thought De Bruyne would win it.

“About a month ago I said that Salah was on De Bruyne’s coat tails, but now I honestly think he’s gone past him.

“He scored four against Watford, got the late winner at Palace and then scored home and away against City.

“What Salah is doing is unprecedented. Ronaldo is the only player who has scored that number of goals from playing out wide.

“Even Thierry Henry, possibly the greatest player ever to grace the Premier League, only got 39 goals in his most prolific season ever. That shows the kind of company Salah is in.

“He’s still got five Premier League games left and potentially three more in the Champions League. Salah has to win Player of the Year now. You’d be hard pushed to make a case against him.”