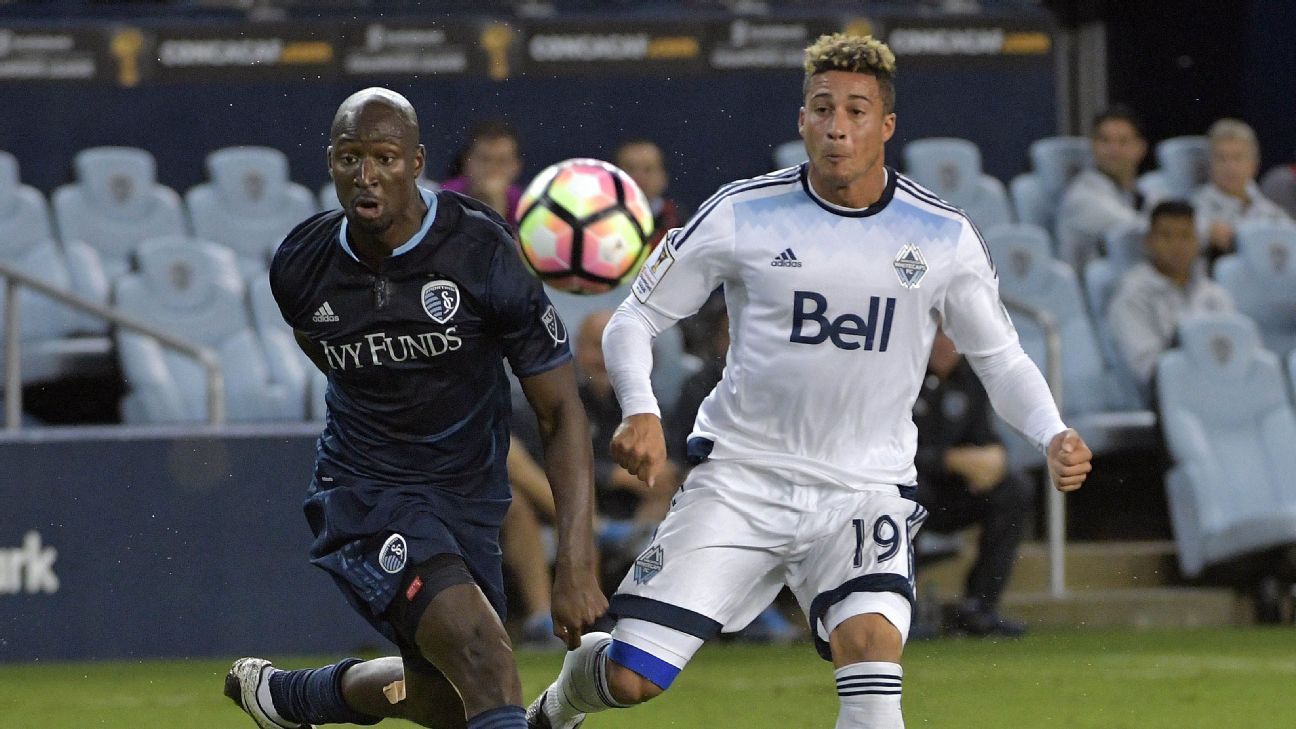 
A packed schedule ahead of the international break could make for some interesting results in Week 30 of Major League Soccer. ESPN FC’s team of MLS writers take a crack at predicting the outcomes of five of the weekend’s key matches.

Toronto FC vs. New York Red Bulls: The mere thought of a two-game losing streak for Toronto FC would have seemed absurd just two weeks ago, yet here are the Canadians suddenly looking vulnerable. Forward Sebastian Giovinco is expected to sit out with quad tightness, but all signs point toward a return for Jozy Altidore, which is good news for TFC. With Altidore back in the fold, along with help from assist machine Victor Vazquez, TFC should return to the side that has been pouring in goals this season.

The Red Bulls, meanwhile, can’t seem to catch a break. In Wednesday’s 3-3 draw against D.C. United, the Red Bulls looked like they were about to win their first game since Aug. 12, but a late own goal meant a fifth draw in six outings. Jesse Marsch’s men have to be cleaner in the back if they are to have a chance at three points against the league leaders.

Chicago Fire vs. New York City FC: It was back on the opening day of the 2016 season when New York City FC won 4-3 in Chicago in the first match for Patrick Vieira and Veljko Paunovic as MLS coaches. Fast-forward 18 months and the progress made by both men at their respective clubs is palpable, with each leading their teams to a playoff berth this season.

Midfielder Bastian Schweinsteiger could return from injury for the Fire, while the New York City midfield is finally back and healthy. Oddly, striker David Villa hasn’t scored since his Spain call-up, although he came achingly close in Montreal. You get the sense that El Guaje is due to break out.

New England Revolution vs. Atlanta United: At first look, the rate at which Atlanta United have been scoring goals — 22 in their last six — would make Gerardo Martino’s men big favorites against the Revs. But for the first time since late August, Atlanta will play outside the state of Georgia and against a team that has put the league’s best teams to the sword on their home turf. It would be no surprise to see an Atlanta letdown here. There have got to be some heavy legs, and with a playoff berth clinched, Martino could be forgiven if he rotated his squad.

The 2017 Revs are the ultimate tale of two teams: unbelievable at home (11-2-2), awful on the road (winless in 16). Their last four matches tell the whole story — 7-0 losers at Atlanta, a 3-1 defeat at Sporting Kansas City, 3-1 winners over league-leading Toronto FC and then a 6-1 loss in Orlando this past Wednesday.

Sporting Kansas City vs. Vancouver Whitecaps: This could well be a preview of the Western Conference final. Vancouver can expect to improve after losing 3-0 in midweek at Seattle. Coach Carl Robinson rotated his squad for that one, but the “A” team should be back for Saturday’s visit to Kansas City.

The matchup between Vancouver’s Fredy Montero/Yordy Reyna-led attack and the best defense in the league will be entertaining. It will be interesting to see how Robinson tries to unlock Peter Vermes’ men, while at the other end, SKC attacker Diego Rubio — three goals in his last two games — will be tested by the Whitecaps’ physical back four.

San Jose Earthquakes vs. Portland Timbers: San Jose defender Florian Jungwirth did not mince words when assessing the Quakes’ 4-1 midweek home loss to Chicago, lamenting the lack of a game plan once they fell behind early.

Logic dictates that the Quakes will respond in strong fashion, but they will have their hands full against a Portland side that has arguably the most in-form player in the league right now, Diego Valeri (10 goals in nine games. The problem for the Quakes is that their defense has been really bad of late, 13 goals conceded in their last four. If Valeri and Darlington Nagbe get the Portland attack humming, it could be another long night in NoCal.