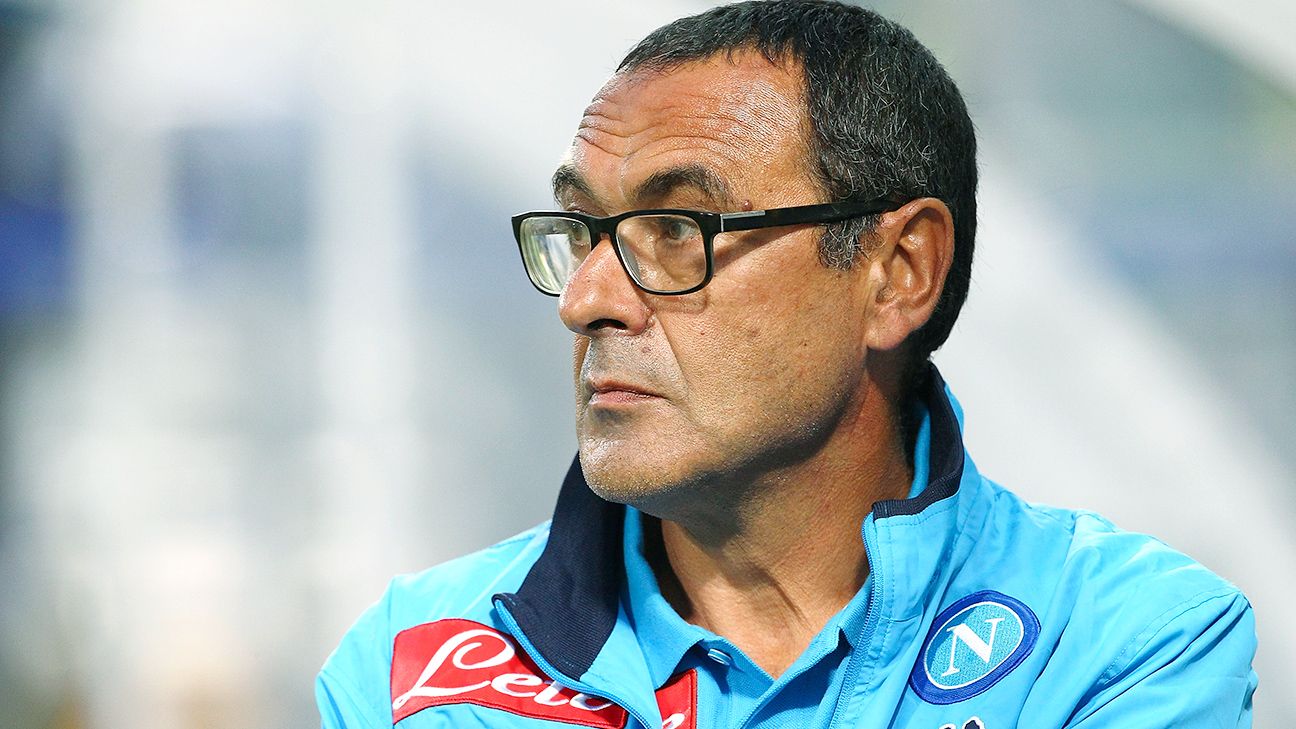 
The agent of Napoli coach Maurizio Sarri has told Mino Raiola that he needs to sort himself out after claiming that this will be his last season as coach of the club.

Raiola, who is the agent of many top footballers including Zlatan Ibrahimovic and Paul Pogba, told Radio CTC that he cannot see Sarri continuing as Napoli coach beyond the current season. He claimed that “many of Europe’s top clubs have enquired about him,” adding that he hopes “this will be the final year with [president Aurelio] De Laurentiis.”

Alessandro Pellegrini, who would have had to deal with those enquiries in his position of Sarri’s agent, has strongly dismissed Raiola’s claims.

“First the threats, then he claims that he lets somebody suggest which formation to play, and now he dreams of seeing him far away from Napoli,” Pellegrini wrote on Twitter. “He needs to get a grip.”

Sarri became Napoli coach in 2015, arriving from Empoli after leading them from the brink of relegation to the Italian third division and into the top flight, where he kept them in the 2014-15 season.

In his two years in Naples, Sarri has won over many fans for the attractive, attacking brand of football he has his team playing.

Raiola, who like Diego Maradona had been one of his primary detractors early on in his Napoli career, also praised him for this, saying: “they play a very modern football and are being applauded all over Europe,” adding that they “could win the Scudetto.”