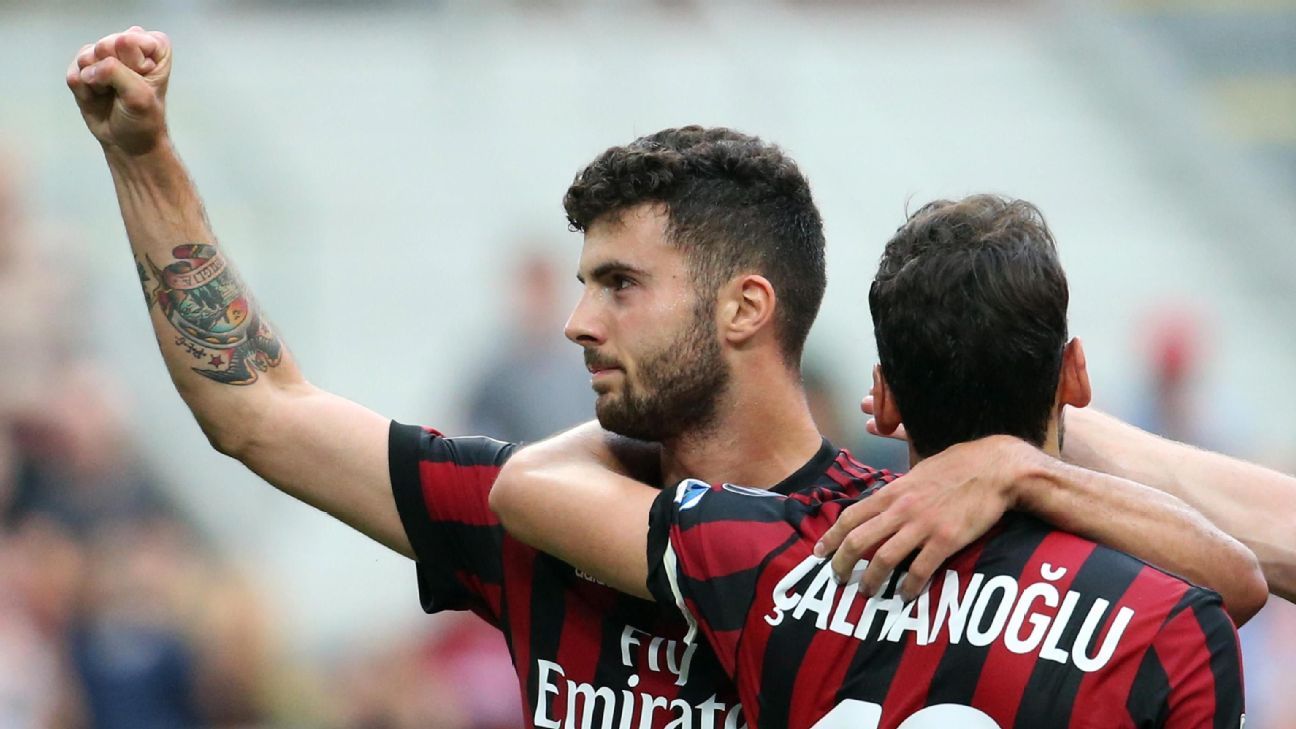 
AC Milan secured a 4-1 win over Verona at the San Siro on Saturday, warming up perfectly for their Coppa Italia final clash with Juventus next week.

It was crucial that Milan built some momentum heading into their encounter with Juventus, and they did so with a comfortable win. With a controlled performance, they took their chances well to secure a deserved victory.

It will undoubtedly be a frustration for the backline not to have kept a clean sheet, but Gennaro Gattuso was specifically upset with his players seemingly starting to relax in the latter stages of the game. With tougher opposition to come in midweek, they can ill-afford to drop their intensity levels at all.

7 — Gattuso managed the game well and his substitutions were sensible decisions as he had one eye on Wednesday night’s cup final. He’ll be pleased that his ongoing faith in key players was rewarded and morale within the group should be high.

GK Gianluigi Donnarumma, 6 — Little he could have done about the goal, and was otherwise relatively untested. Will have busier nights ahead, but played his part in marshalling the backline to deny Verona many opportunities.

DF Ignazio Abate, 7 — A top performance rounded off with a well-taken goal. Defensively sound, a threat going forward and having found the back of the net, the stalwart deserves his high mark for a solid display.

DF Leonardo Bonucci, 6 — It wasn’t one of his best performances of the season as he was arguably going through the gears and keeping one eye on Wednesday night. Nevertheless, a decent outing as he nullified Verona’s threat through the middle for the most part.

DF Alessio Romagnoli, 7 — A real relief for Milan to see him back in the line-up and playing important minutes after injury. Did more than enough to prove that he’s fit and should make an immediate return to the starting line-up against Juventus.

DF Ricardo Rodriguez, 6 — The Switzerland international is improving as he kept things tight defensively, while pushing forward when possible in a good overall performance. Began to tail off in the latter stages.

MF Franck Kessie, 7 — An impressive outing for the combative midfielder, as he provided his usual physicality and tireless work ethic to give Milan a foothold in the game and helped to win the battle in the middle of the pitch with his driving runs forward too.

MF Manuel Locatelli, 7 — The kind of performance that was needed from the youngster to stake his claim for a regular spot. In truth, he was given too much time and space by Verona, but this was an ideal game for him as he was able to dictate things with his passing and also managed some attempts on goal.

MF Giacomo Bonaventura, 7 — A mixed evening as although he did get it wrong in dangerous situations, he was on hand to provide assists to help Milan find breakthroughs. He’ll hope to be a growing influence in the final few weeks of the campaign.

FW Suso, 7 — A much improved display as after receiving plenty of criticism in recent weeks, he was a real threat in the final third and managed to add a decisive touch to his play with two assists. More like it from the Spaniard, this is the level that he has to reach consistently and surpass.

FW Patrick Cutrone, 7 — Excellent finish to end his mini goal-scoring drought, and the relief was etched all over his face as he celebrated. The young forward will be hoping that it’s enough to convince Gattuso to stick with him against Juventus as his workrate was crucial as ever.

FW Hakan Calhanoglu, 7 — It was another great performance from the Turkish playmaker as he broke the deadlock and continued to be a real creative threat for Milan throughout. On top of that, works tirelessly for the team off the ball too as he puts in a real defensive shift.

FW Fabio Borini, 6 — Criticised this season for not showing enough quality in the final third, but produced a great finish to restore Milan’s three-goal lead with a fine strike.

DF Mateo Musacchio, 6 — Disappointing to see him pick up a yellow card, but kept things tight at the back in the closing stages as he dealt with Verona’s attacking threat with minimal fuss.

FW Nikola Kalinic, N/A — Still fighting a battle to win over supporters and is quickly running out of time to do so given the number of games remaining. Struggled to have a particularly influential impact.