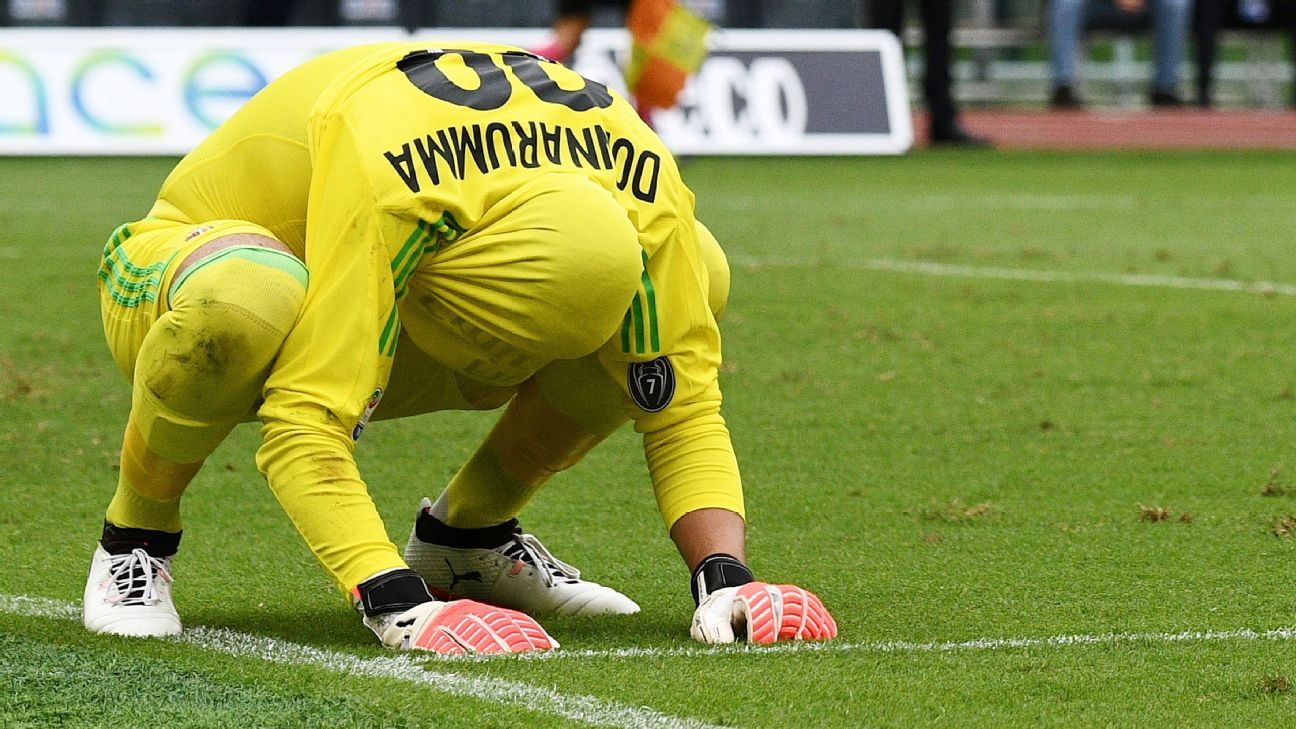 
AC Milan capitulated in Rome on Sunday afternoon, falling to a 4-1 defeat to Lazio at the Stadio Olimpico. Ciro Immobile bagged a quick-fire hat trick, and Luis Alberto made it 4-0 before Riccardo Montolivo scored a consolation goal in a game that the Rossoneri will want to quickly forget but must learn from.

Milan looked to have a sense of control over the game in the early stages as they dictated the tempo with their possession. While they played some decent football at times, it doesn’t hide that it was a terrible overall display.

The manner in which the goals were conceded was bad enough, but Milan were awful defensively throughout and were far too slow and pedestrian in building play. With a lack of real creative quality in attacking areas, they suffered on Sunday in various facets of the game.

4 — Vincenzo Montella will have to accept responsibility and his share of the blame, as he made some questionable decisions with his starting line-up. He also waited too long to make his substitutions even though it was clear that certain aspects of the team weren’t working.

GK Gianluigi Donnarumma, 6 — Little he could have done to prevent the goals as he was let down by his defence. Made a smart save early on from a tricky corner but can’t be blamed for the four goals.

DF Davide Calabria, 4 — Really poor outing from the young right-back, as he was constantly caught out defensively and was never accurate in attacking positions. His defending in the build-up to the third goal in particular was embarrassing.

DF Leonardo Bonucci, 4 — If alarm bells weren’t ringing before this game, which they were for me, they should be now. Beaten too easily, not commanding enough and just lacking the aura we expect from him. Off the mark with his distribution, Bonucci was embarrassed by Immobile in the second half as he skipped past him and was halfway up the pitch in the build-up to the fourth goal.

DF Mateo Musacchio, 5 — The Argentina international was marginally better than his central defensive partner, but that’s not saying a lot. He looked a little more composed on the ball, but defensively he was caught out too easily, particularly on the third and fourth goals.

DF Ricardo Rodriguez, 5 — Tidy on the ball but along with the rest of the defence, they were a shambles on either side of half-time. As a unit, they have to tighten up or this defence will be a liability moving forward. That said, the Switzerland international ace put in a decent shift.

MF Franck Kessie, 5 — Clumsy to give away the penalty and was sloppy at times with his passing. However, he scores slightly better than his teammates as his physicality and industry was still crucial, plus he never stopped running until the last minute.

MF Lucas Biglia, 5 — Looked to be running out of steam in the second half as he’s still lacking match fitness. Kept things ticking over with quick and simple passes and looked tidy in midfield, but more will be needed, as it was all too safe.

MF Riccardo Montolivo, 4 — Scored the lone Milan goal, but aside from that, it was easy to lose count of the number of times he gave the ball away and offered no real change of pace or dynamism on the left of the midfield three. Poor performance, but he certainly wasn’t the only one.

FW Suso, 4 — It was difficult at times to tell if he was even on the pitch. Was missing in the first half and although he was more involved after the interval, often stopped trying to beat his man and his delivery was poor.

FW Patrick Cutrone, 4 — Low rating, but not entirely his fault, as he was left isolated and frustrated alone up top. Should have perhaps dropped deeper and got himself more involved, but it’s difficult to be too critical of him given the circumstances.

FW Fabio Borini, 4 — His hard work can only save him so many times. Always a willing runner, but this was another example of why Milan need more on the left wing. Couldn’t create for himself or his teammates and in that role, that is the most important quality.

MF Hakan Calhanoglu, 6 — Should have been brought on at half-time. Offered creativity in midfield and an ability to make something happen to make Milan less pedestrian and predictable. Has to start next time out.

FW Nikola Kalinic, 6 — Added more energy and urgency up front to ask questions of Lazio. A positive impact from the forward in the context of the game.

MF Giacomo Bonaventura, NR — Not enough time to have a real influence but at least added bite and some heart to the performance while picking up a booking.