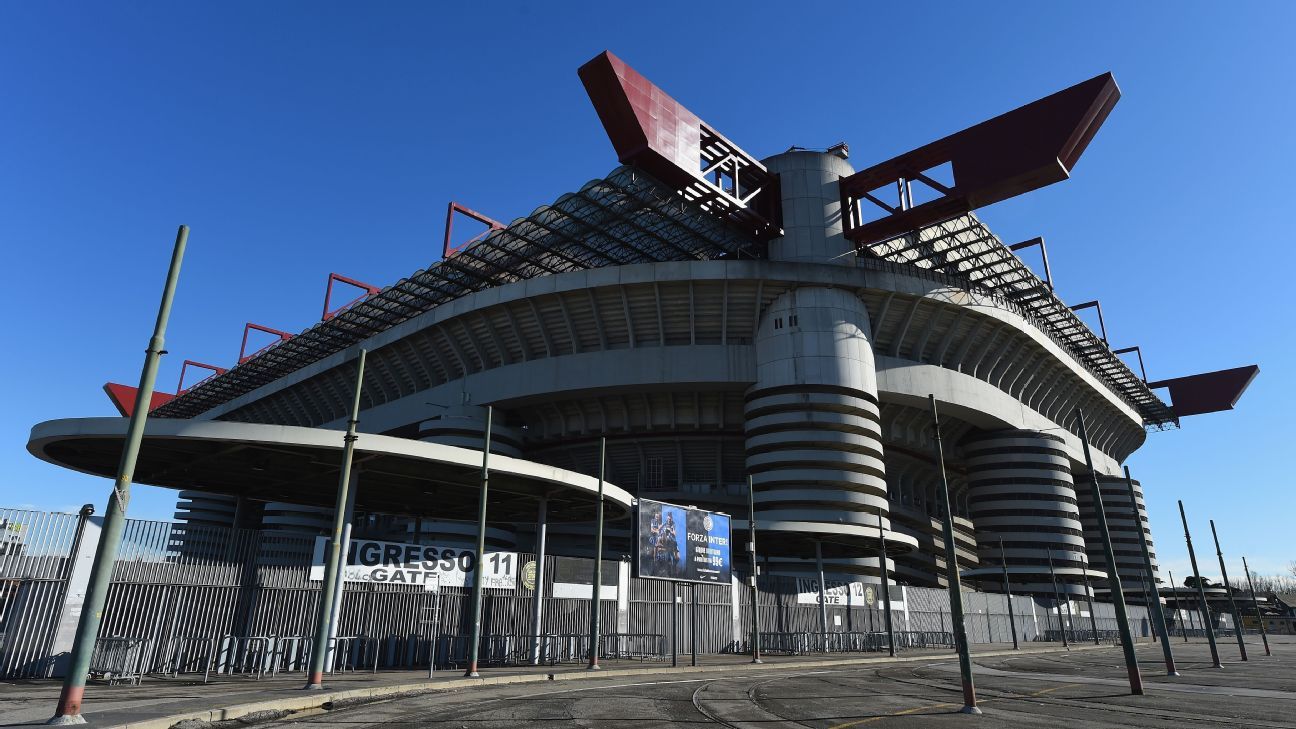 
AC Milan are unhappy about the dates for the return of the Coppa Italia and sources have told ESPN city rivals Inter share their views.

It was announced on Thursday that Serie A would return on June 20 with the Coppa Italia semfinal second legs provisionally set to take place on June 13 and the final four days later.

Milan are due to face Juventus in Turin having drawn 1-1 in the first leg, while Napoli travel to the San Siro to face Inter with a 1-0 first leg lead. However, progression to the final would mean the competition’s centrepiece being played just three days before the restart of the league season.

“We appreciate the value of being able to offer fans quality matches after three months of lockdown but, from a sporting perspective, we find it questionable to compete for a trophy as prestigious as the Coppa Italia with two matches in three days and with the team playing after over three months of inactivity,” a Milan statement to ANSA read.

Milan would like the remaining cup matches to be played once the season is completed, sources have told ESPN.

Sources have told ESPN that Inter fear such important matches within a short time frame following over three months without football puts their players at risk of injury, which could put them at a disadvantage when their league campaign resumes.

Antonio Conte’s side sit third in the Serie A table — nine points adrift of leaders Juventus — but with a game in hand. The two sides met in their last league match before the total stop was implemented, with Juve earning a 2-0 victory. Lazio are second in the table, a point behind the leaders.

Napoli and Juventus told ESPN they would not comment on the Coppa Italia dates until they are made official.

Juve had won the competition four times in a row before a quarterfinal exit last season saw Lazio claim the trophy with a 2-0 victory over Atalanta in the final.