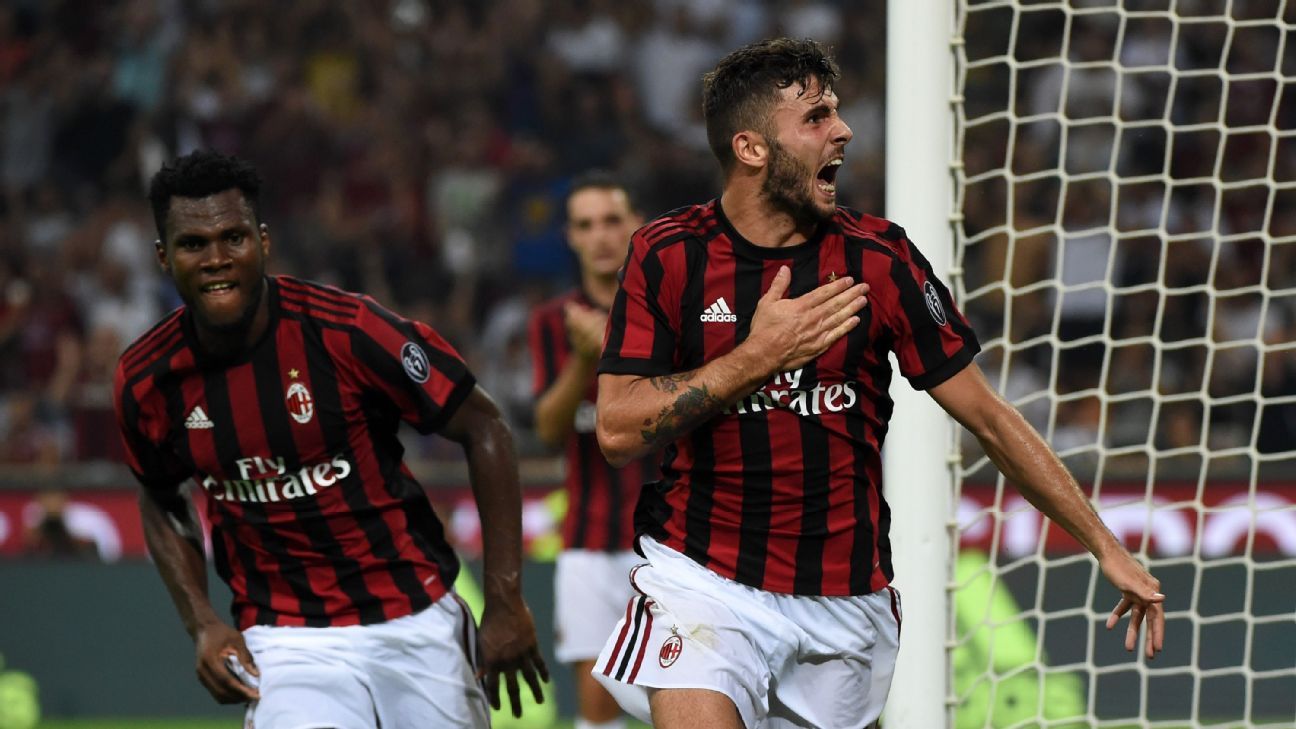 
AC Milan are through to the Europa League playoff round after beating Universitatea Craiova 3-0 on aggregate following a 2-0 second-leg win in the third qualifying round on Thursday.

Giacomo Bonaventura and Patrick Cutrone scored either side of half-time to help Vincenzo Montella’s side ease past their Romanian opposition as the former Serie A giants look to reestablish themselves on the European stage.

England Under-20 star Calvert-Lewin spared the Toffees’ blushes with a late strike in eastern Europe, sealing a 2-0 aggregate victory for the Merseyside club.

Wayne Rooney again drew a blank in front of goal as he feels his way into his second Everton stint, but Koeman’s side did just enough to progress.

A below-par Everton laboured for their win, but still conjured the one moment of class required to move on.

PSV Eindhoven are out of European competition after failing to overturn a 1-0 deficit to Osijek.

The Dutch side were undone by their inability to score over two legs as Petar Bockaj’s 25th minute goal put the Croatian club through 2-0 on aggregate.

Things did not go according to plan for Aberdeen in Cyprus as Apollon Limassol beat the Scottish Premiership side 2-0 at the AEK Arena to advance 3-2 on aggregate.

The Dons’ 2-1 lead from the first leg at Pittodrie was cancelled out in the 17th minute when Apollon attacker Andre Schembri fired in from 14 yards.

Aberdeen stepped up their efforts, but home substitute Emilio Zelaya added a second in the 86th minute to sink the men from the Granite City, with the club launching an investigation into disturbances in the stands after a video on social media appeared to show some visiting fans clashing with stewards.

Bordeaux are out of the competition at the hands of Videoton FC after the Ligue 1 club failed to match their opponents away goal from the first leg and lost out to the rule after the second leg finished 1-0 for a 2-2 aggregate final.

Fellow French top-flight outfit Marseille fared better against KV Oostende, with their 4-2 win at home in the first leg enough to advance after the second leg finished 0-0.