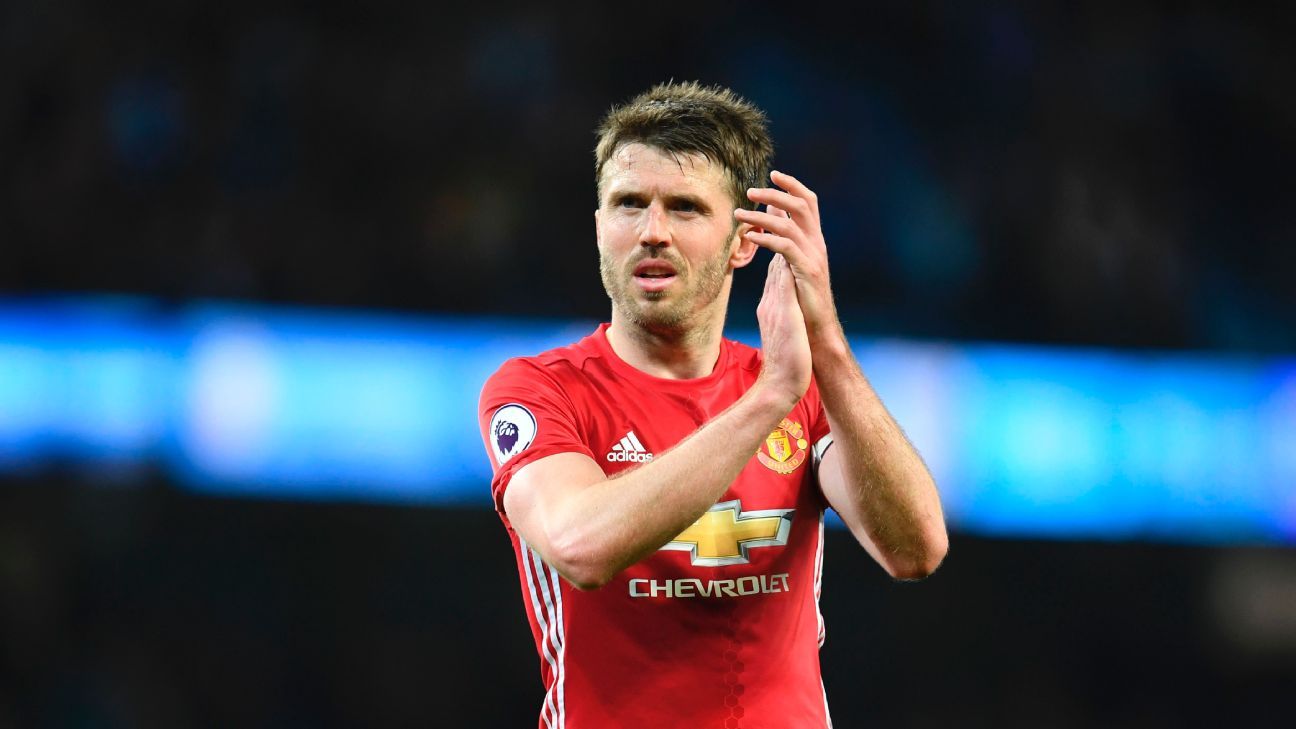 
Manchester United midfielder Michael Carrick has no plans to leave the club despite interest from Leicester, West Brom and Aston Villa, sources close to the player have told ESPN FC.

Premier League duo Leicester and West Brom and Championship outfit Villa have made enquiries about signing Carrick following his lack of action at United this season.

Carrick has made just one appearance for United in the Carabao Cup win over Burton Albion last month and has missed the last six weeks through injury.

However, sources have told ESPN FC that despite his lack of regular action this season under Jose Mourinho, Carrick plans to remain at Old Trafford and the United boss is happy for him to stay.

Carrick finds himself behind Nemanja Matic, Paul Pogba, Marouane Fellaini and Ander Herrera in the United midfield, but Mourinho is keen to have him around for his experience and leadership qualities, with the 36-year-old named club captain in the summer following the departure of Wayne Rooney.

Carrick is also keen to stay at United as he is currently coaching the club’s under-14s as he looks to gain his coaching badges so that he can move into coaching when he does decide to hang up his boots.

He is in the final year of his contract at United after signing a new one-year deal at the end of last season and celebrated his testimonial at Old Trafford in the summer, having joined the club in 2006 from Tottenham.