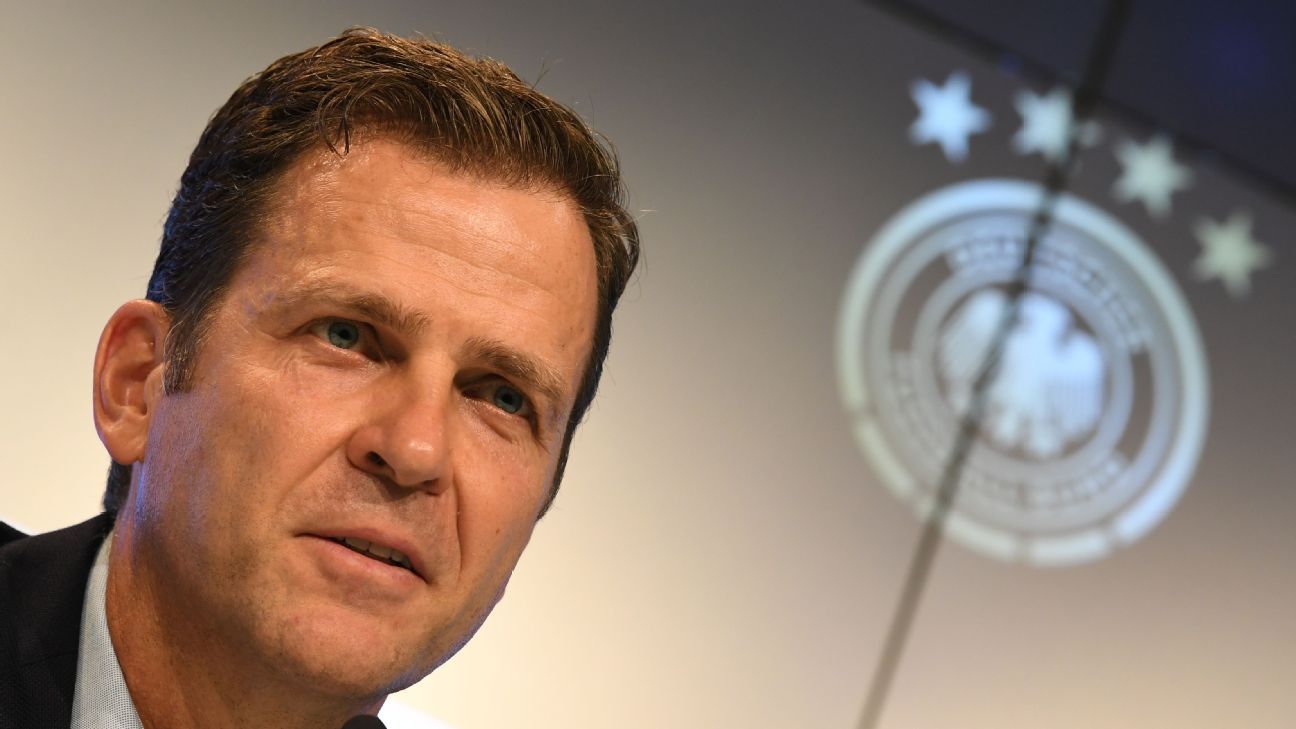 
Germany national team general manager Oliver Bierhoff still hopes to speak with Mesut Ozil to understand his reasons for walking away from international competition in July.

Ozil cited racism at the top of the German football association (DFB) as well as within parts of the German public for his decision. Last week, coach Joachim Low said he has thus far failed to reach Ozil on the phone.

“[Ozil] made this decision and I find it regrettable,” Bierhoff told Funke Media when asked about Ozil refusing to answer Low’s calls. “The relationship was always good, but he’s one of those shying away from such talks.

“I hope we can find the path to talk. Because I want to understand the things that happened. I will continue trying to make contact with him to talk to him.”

In mid-May, Ozil and Manchester City’s Ilkay Gundogan, who were both born in Gelsenkirchen but have Turkish roots, had their photo taken with Turkey President Recep Tayyip Erdogan during a visit to London. It caused a backlash from some fans, parts of the media and some politicians, many of whom are affiliated with far-right stances.

After seemingly being made the scapegoat for Germany’s early World Cup exit by Bierhoff and DFB president Reinhard Grindel in their first post-World Cup interview, Ozil hit out at the latter in his statement announcing his retirement.

“In the eyes of the Grindel and his supporters, I am German when we win, but I am an immigrant when we lose,” Ozil wrote.

Grindel has since rejected those accusations, while several of Ozil’s former teammates and Low have said there is no racism within the Germany squad — something the player never said.

And speaking with AFP in Monaco, Grindel reiterated he only defended German values when criticising Ozil.

“In the end, it has nothing to do with whether a player of ours has a migration background or not,” Grindel said. “If a German player would, in an election campaign, make a photo with, let’s say, a far right-wing politician in Germany, we would have the same debate and we in the DFB would react in the same way.

“We stand at the DFB for values: respect, tolerance, fair play, freedom of speech and freedom of press. This picture with Erdogan upset our fans because President Erdogan doesn’t stand for those values.”

Germany and Turkey have both bid to host Euro 2024, and Grindel said he believes the dispute with Ozil will not jeopardise the country’s hopes to host their first continental championship since 1988.

“Everyone in the DFB and in UEFA knows me very well,” he said. “I have very deep trust that they can put this into perspective, so I think there will be no influence on the bidding process.”