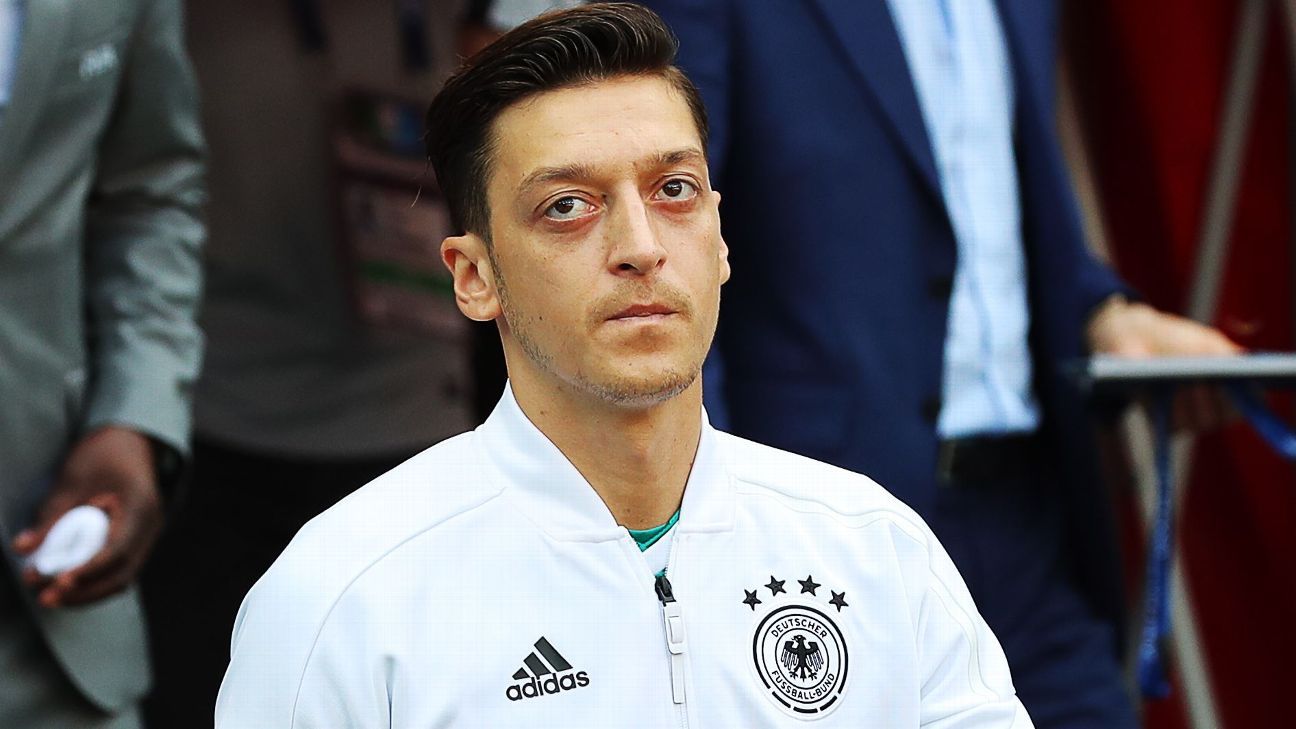 
Bayern Munich CEO Karl-Heinz Rummenigge is “annoyed” by claims that Mesut Ozil has been criticised because of his Turkish roots and also denied speculation that Bayern were once interested in signing him.

Last month, Ozil quit the national team at the age of 29, citing racism and lashing out at the president of the German FA (DFB).

The Arsenal midfielder’s decision came after he was heavily criticised in Germany for meeting Turkish President Recep Tayyip Erdogan in May, when both he and Ilkay Gundogan were photographed with Erdogan.

In a statement, the DFB said it “vehemently” rejected allegations of racism, and Rummenigge told Sport Bild that Ozil had not been criticised because of his roots.

“That’s a tale told by his representatives, and I’m just annoyed by this,” he said. “Agents these days make so many more statements, give so many interviews. It’s partially fairytales.”

Both Turkey and Germany are bidding to host the 2024 European Championship, but Rummenigge dismissed concerns that Ozil’s claims could affect Germany’s chances when UEFA makes a decision in September.

“My opinion is that, abroad, the case of Ozil is not of any interest,” he said. I think it’s a phantom debate which does not originate from racism.

“Mesut Ozil took a photo with, yes, a persona non grata — and that was that.”

Bayern had reportedly been interested in signing Ozil when he was at Werder Bremen and Louis van Gaal was Bayern coach in 2010.

“Uli [Hoeness, Bayern’s president] and I were always deaf in that ear,” Rummenigge said. “That was never a player we considered, even just one percent — never. And when we played [against Arsenal in the Champions League] in London, Uli always said he hoped Ozil would play.”

Following Ozil’s international retirement in July, Hoeness said he was “glad this nightmare is over,” and added that the Arsenal man has been “playing crap for years.”