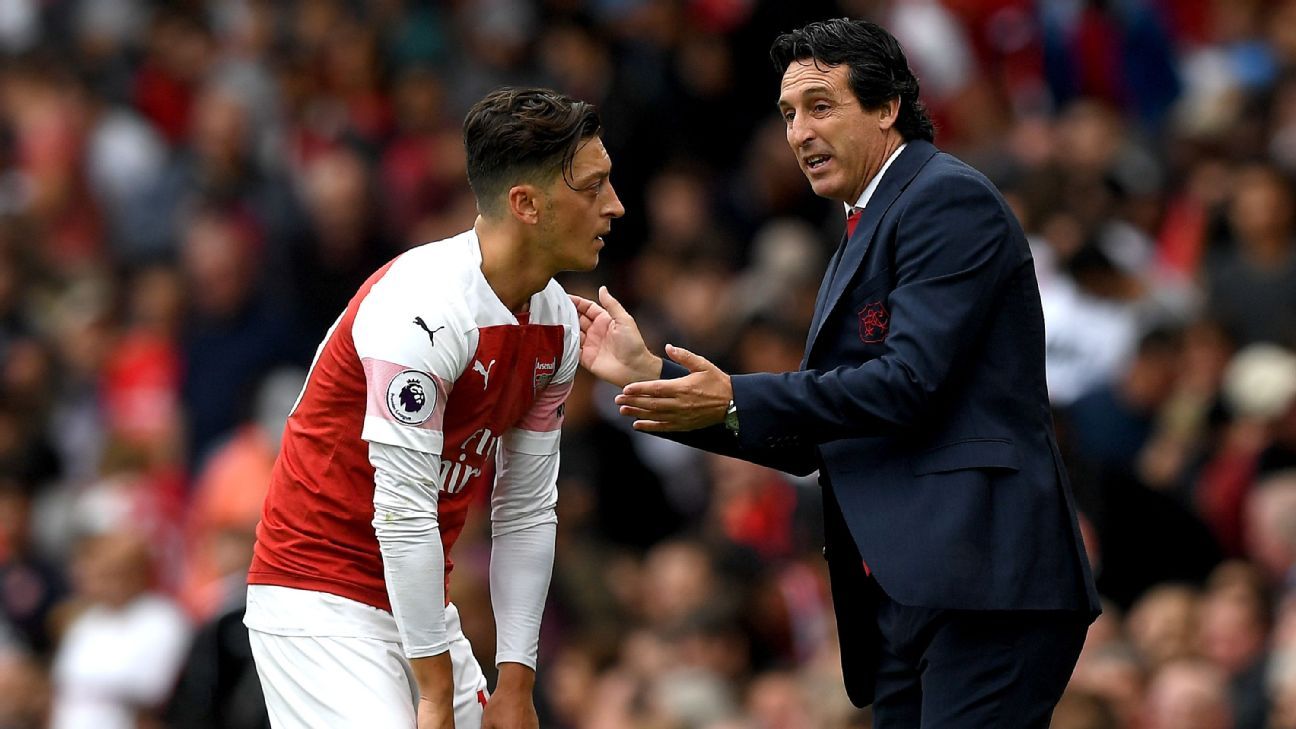 
Arsenal boss Unai Emery has said he spoke with Mesut Ozil about his role in the team before he came down with an illness.

Ozil missed Saturday’s win over West Ham at the Emirates, and Emery said his absence was due to an illness.

Emery denied claims that he had a bust-up with the playmaker on the training ground last week, but later confirmed that the two had discussed Ozil’s performances on Thursday.

“I spoke with him about things tactically for this match and the last match. And he said to me he was sick,” Emery said.

“Friday, after my conversation on Thursday, he continued to stay off sick. We spoke with the doctor and decided it was better for him to stay at home.”

Ozil still attended the game and spent time in the dressing room with the rest of the squad before the game.

The German, who is Arsenal’s highest-paid player after being awarded a new deal worth in excess of £300,000 a week in January, was taken off midway through the second half the previous week in the 3-2 loss at Chelsea.

Emery said that substitution was made to improve Arsenal’s pressing game, raising questions as to whether Ozil can can function well in the more demanding system deployed by the new head coach.

Ozil was granted more attacking freedom by Arsene Wenger in a No. 10 role but was often criticised for his defensive workrate under the Frenchman.

Asked if he had discussed a different role for Ozil on Thursday, Emery replied: “Maybe.”