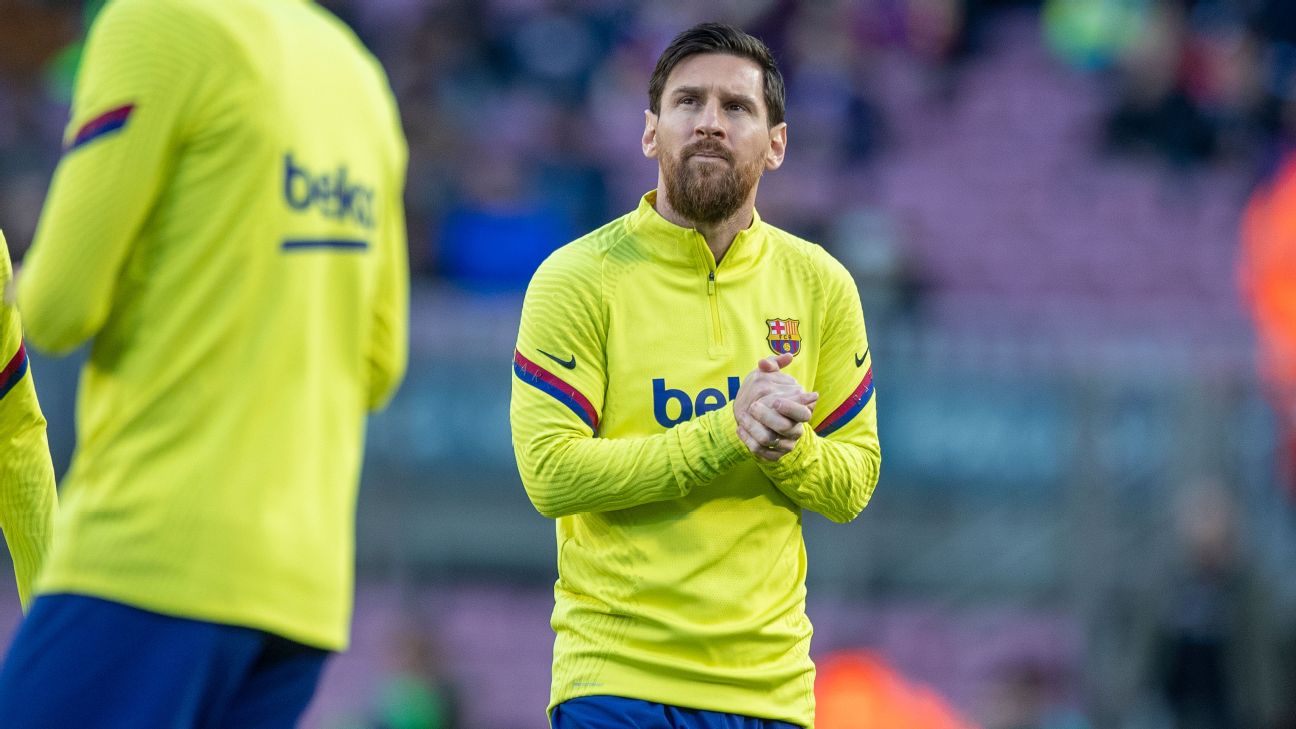 
Lionel Messi missed training for the second time this week on Friday, raising concerns about his fitness ahead of La Liga’s restart, although Barcelona insist he will be fit for the trip to Mallorca on June 13.

Sources have told ESPN that Messi injured his quadricep in a clash with a teammate on Tuesday and required treatment from the club’s masseuse. He then sat out training on Wednesday, instead working alone at the gym, before the whole squad was given Thursday off.

Barca were back in on Friday but Messi once again worked on his own, as did Ansu Fati, who has been suffering from a knee problem, increasing doubts about availability when La Liga returns after a three-month pause due to the coronavirus pandemic.

“Messi has a minor right quadriceps injury and trained in isolation, doing specific exercises to avoid unnecessary risks with just eight days remaining before Barca finally get back to playing matches,” the club said in a statement. “He should be able to rejoin his teammates in a few days’ time.”

Sources at Barca and close to the player told ESPN earlier this week that Messi’s absence on Wednesday was just a precaution, although local media in Catalonia have begun to speculate about the severity of the problem ahead of the Mallorca game, which is just eight days away.

Messi’s fitness will be pushed to the limit over the next month, with Barcelona set to play 11 games in six weeks as they go head-to-head with Real Madrid for the La Liga title.

Barca were two points clear of title rivals Madrid when the league was suspended in March. They still have games to come against Athletic Bilbao, Sevilla and Atletico Madrid as they look to seal their third successive title.

They will return to training on Saturday, albeit at Camp Nou, sources have confirmed to ESPN. Coach Quique Setien wants the players to acclimatise to playing inside an empty stadium and hopes to play an 11-a-side game, something which had not previously been possible based on the government advice.

However, teams returned to full training this week and can now play inter-squad matches. There will be no friendlies before the league restarts on June 11 with a local derby between Sevilla and Real Betis.

While Messi won’t be involved at Camp Nou on Saturday, Luis Suarez could be. He is one of the biggest benefactors of football’s stoppage. He has had time to recover from knee surgery and will be available for the run-in.