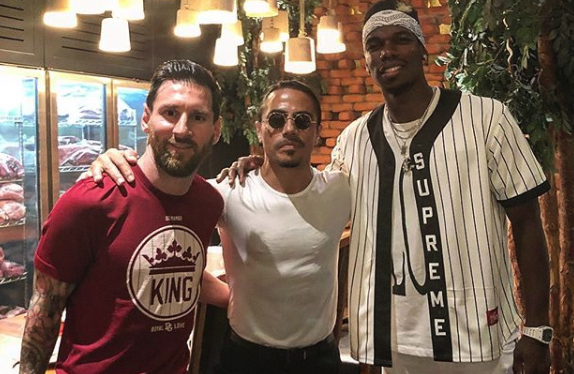 You know the situation: You’re having a nice holiday and a meal out with your family when suddenly you spot someone from work in the same restaurant … awkward!

Not so for Lionel Messi and Paul Pogba, as the pair looked to be getting on famously at Salt Bae’s Turkish steakhouse in Dubai.

Both France and Argentina were in action on Friday, but neither star player was involved, choosing instead to have a lovely meal cooked for them.

Of course they also found time to have a deep conversation about something or other, with the internet awash with speculation about what the topics were.

As a result, the transfer rumour mill is already churning, but were they laughing about Pogba joining Barcelona or Messi joining United? We know which one we’d choose.