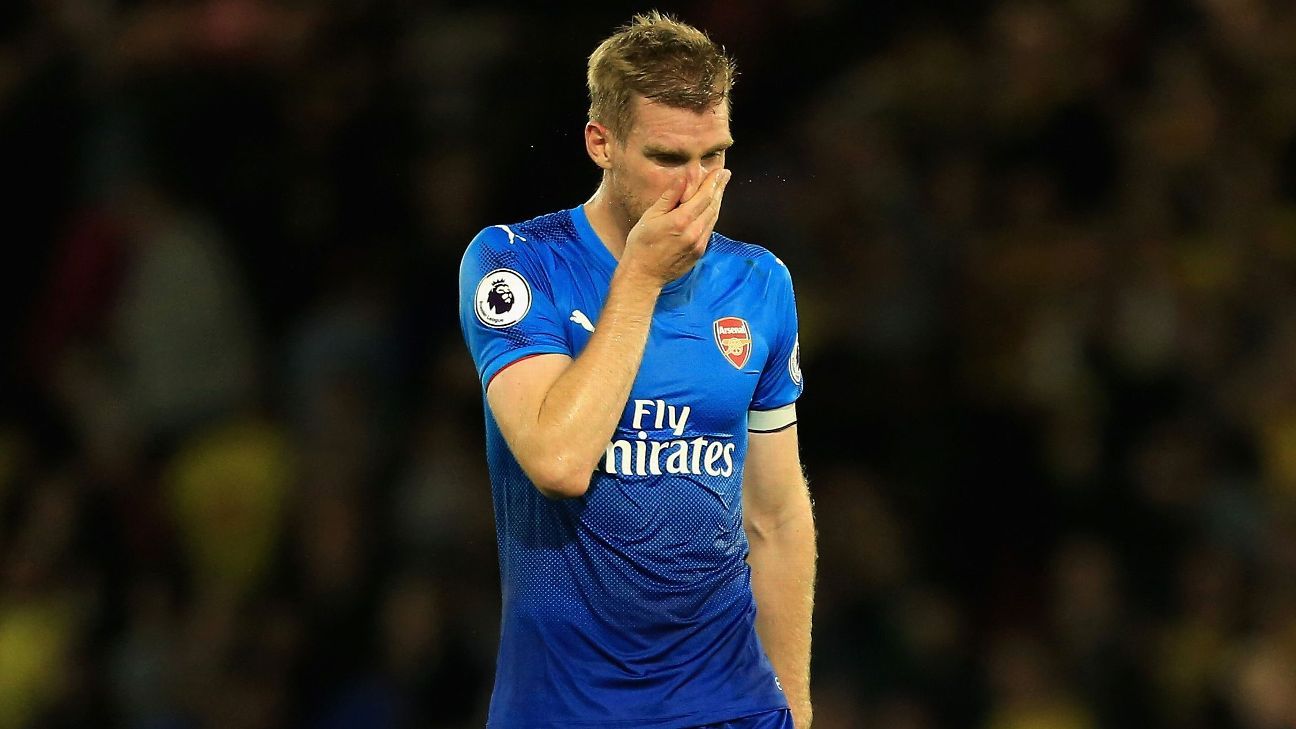 
Arsenal captain Per Mertesacker says they must be “mentally tougher” but insists he isn’t listening to Troy Deeney or other critics who accused them of lacking fight in Saturday’s 2-1 loss to Watford.

Deeney’s comments about Arsenal lacking “cojones” and not being “up for it” dominated the headlines after Saturday’s game, in which Watford came from behind to win with two late goals.

“I don’t know what he said,” Mertesacker said when asked about Deeney in an interview with Sky Sports. “I don’t pay attention. Anyway, it was after the game I think, so I didn’t watch it.

“We should concentrate on ourselves first of all, there are so many guys involved and so many opinions, which is fine, but we need to focus on ourselves and learn lessons from that.

“If we start to listen to too many people, it’s not worth it, honestly, I need to look at myself and think what could have been done better.

“Afterwards, it’s easy to judge and easy to say words and think we are lacking something. We have to think how we can provide better performances, especially away from home, where it gets tight and difficult.”

Arsenal have just one point from four Premier League away games, having lost at Stoke, Liverpool and Watford.

At Vicarage Road, they had plenty of chances to increase their lead before Watford’s equaliser — the best falling to Mesut Ozil shortly before the Gunners conceded the penalty from which Deeney equalised.

Mertesacker singled out that moment as an example of where Arsenal need to improve.

“We were not good enough against Watford because we missed a chance and the majority of players were still thinking about that chance. Those things, switching on, need to be quicker.

“We had everything in place. We scored from a set-piece away from home, we protected the goal well for the first 60 minutes, we had a couple of chances to go further ahead — but we didn’t.

“Then you need to be really resilient in those tight moments, and make clever decisions, but that’s what we lacked basically. We want to be more clever in defending our own goal.”