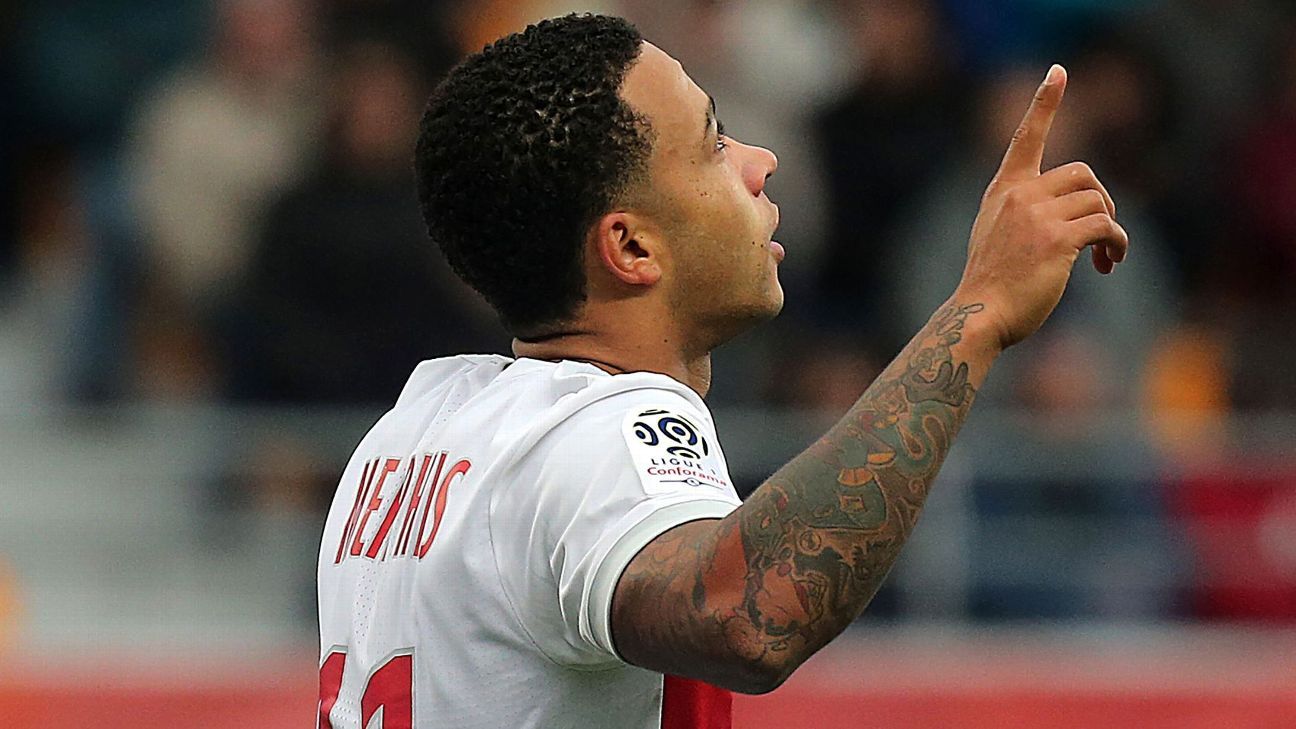 
Lyon boss Bruno Genesio says Memphis Depay has responded positively to being dropped and is now starting to show the true extent of his talent at the Ligue 1 side.

Depay, who joined from Manchester United for €16 million in January 2016, enjoyed a fruitful start in France and was expected to be one of the central figures in the club’s domestic and European challenge this season.

Instead, the former PSV Eindhoven prodigy has found himself on the substitutes’ bench for two of his nine league appearances this season, and was a notable omission from OL’s squad for their Ligue 1 encounter with Dijon in late September.

Since then, Depay has started to hit form, striking four goals in two top-flight starts, including a brilliant hat trick in last Sunday’s 5-0 win at Troyes that took Lyon into fourth place in the table.

“I don’t know if I shook him up, but I’ve had some good discussions with him,” Genesio told RMC. “Lately he’s sometimes been left out of the squad, sometimes on the bench, and I think that’s been beneficial for him.

“He has asked questions of himself and it’s true that in training he’s a different player to the one we saw at the start of the season.”

He added: “I’m happy he was rewarded with three goals, which is very important for a forward, but I’m also happy about his involvement in play, the structure of the team with him. He has looked very promising and he has to continue like that.”