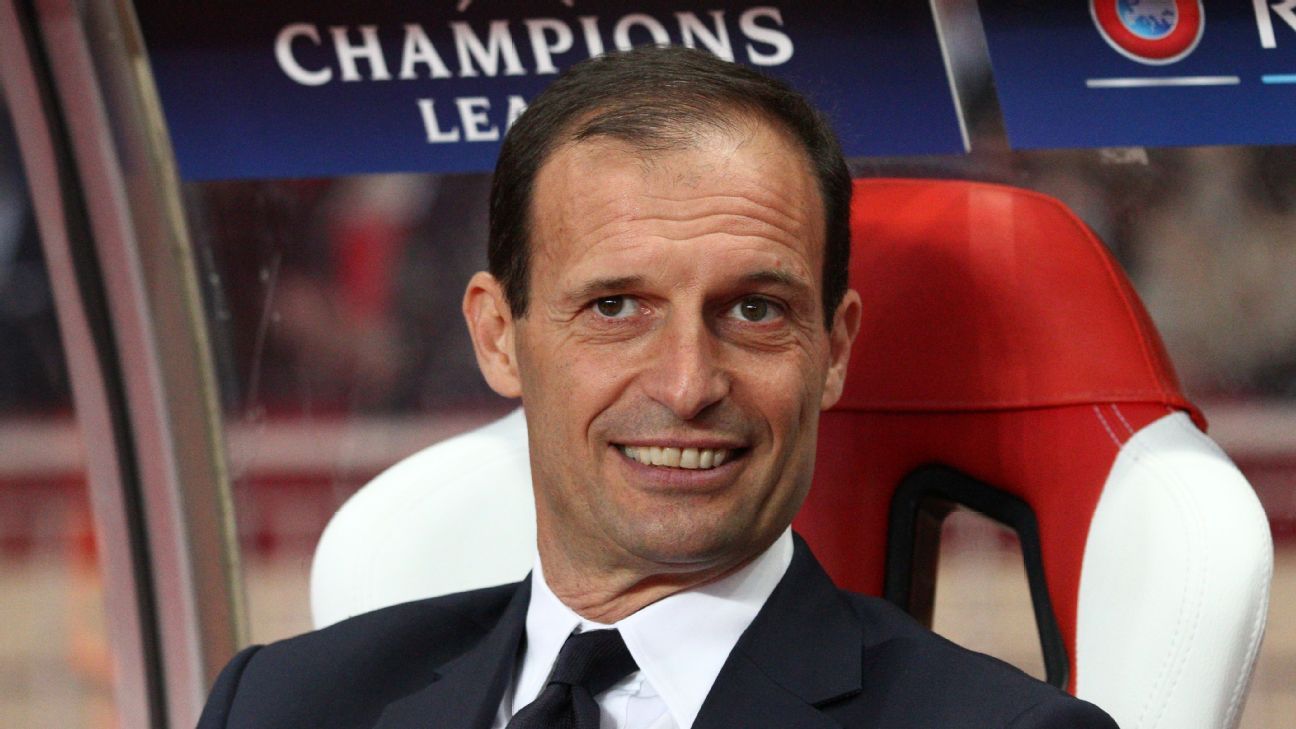 
Juventus coach Massimiliano Allegri says his side “must” win the Champions League on Saturday night, insisting that now is their time.

Allegri has guided the Bianconeri to three consecutive Serie A and Coppa Italia doubles, but all that matters to him now is crowning one of the most successful eras in the Italian club’s history by clinching European football’s greatest honour.

“I’ve heard that Juve have lost finals etc., but tomorrow is the final, and we must not think of what happened 20, 50 or 100 years ago, we just need to do what we have to do to win this cup. It’s very simple,” Allegri said at a news conference in Cardiff.

“Playing the Champions League final doesn’t happen every day, and Juve have played two in the past three years — one of them tomorrow. We’re proud of that, but that’s not enough. Tomorrow we have got to win. We are here to try to take the cup home.

“We’ve arrived in the right place at the right time tomorrow. You always need a bit of luck in finals, but we have the right aggression, with great respect and humility which are qualities that have distinguished Juventus throughout its history, and above all in recent years.

“We’ve worked all year and I think all the wins this year have been training sessions for us to get to this game, which we must win. It’s a final.”

It is a final which could carry two trophies for Juve goalkeeper Gianluigi Buffon or Real Madrid’s Cristiano Ronaldo, with the winner tipped also to be voted the next Ballon d’Or winner.

Buffon, 39, has not won either in his glittering career, but he says he is only focused on the one of them — the Champions League.

“As far as I’m concerned, I don’t think at all about something like that because we have two completely different roles — I purely have to defend and he has to attack, and as a consequence there is not more I can do in my game than not concede goals,” Buffon said of the comparison between him and Ronaldo.

“Somebody like him can determine far more, beyond scoring. Of course it’s humbling that people talk about it, but it won’t change my way of feeling. The Ballon d’Or would be gratifying, but it’s secondary — the only thing that counts for me today is winning tomorrow. Right now, it [Ballon d’Or] doesn’t interest me.

“It would give me immense joy [to win], because when you reach this stage, you know perfectly well what you have had to do to get here, and there is nothing more beautiful in life than to receive a reward for all your hard work and efforts, and nothing better than to be able to share it with your teammates.

“Certainly the emotions that I can have are different to any other lad who is younger than me, like Dani [Alves], who have already won this and have another four or five years at least ahead of him. I have to exclude that, so as a result it will be a much more special game for me, but I intend to play it without having any regrets.

“This is imperative for me for this game and I hope I succeed because we are a really compact group, founded on selflessness. I know that a good performance of mine could help the team and this is the biggest gift I would like to give to my teammates.”

It would also enable him to get one over Zinedine Zidane in a major final for the second time in his career, after victory in the 2006 World Cup final. And while Buffon has paid tribute to the Frenchman’s career, he says he would just have to deal with it.

“The fact 11 years have gone since that final against Zidane, and now I meet him as a coach is not a surprise because he had the pedigree as a player and he has it as a coach — that winning touch,” said Juve and Italy’s No. 1. “He’s not won every game in his life, though, because defeats are part of life too, and I hope he will have one tomorrow because it still wouldn’t take anything away from his outstanding career.”

While Buffon will be bidding to keep Cristiano Ronaldo, Karim Benzema and either Gareth Bale or Isco out of danger at one end, it will be up to Gonzalo Higuain, Paulo Dybala and others to do the damage at the opposite end of the field.

Allegri says that both are ready to step up to the plate and deliver, reiterating his belief that this is Juve’s year.

“Higuain has absolutely nothing to prove,” Allegri said. “He’s already proven he’s a great player, and he’s scored important goals in the Champions League, like against Monaco. When he hasn’t scored, he’s played great and he’ll play a great game tomorrow.

“Dybala has grown in terms of his character and how to prepare for games like this. He’s been extraordinary this season and tomorrow he’s certainly not going to suffer any pressure.

“In 2015, we arrived in the final — deserving to be there — but we certainly didn’t have the conviction we have now because that year it was a bit unexpected. This year is different. Last year, we played a great Champions League, but then you can still get knocked out in the last 16 to a team like Bayern Munich in the last minute. Juventus have grown a lot.

“I live day by day and we’ve prepared for each game, winning the Coppa Italia, then Serie A and now we are here for this final, to end an extraordinary year, and tomorrow we need to give even more.”