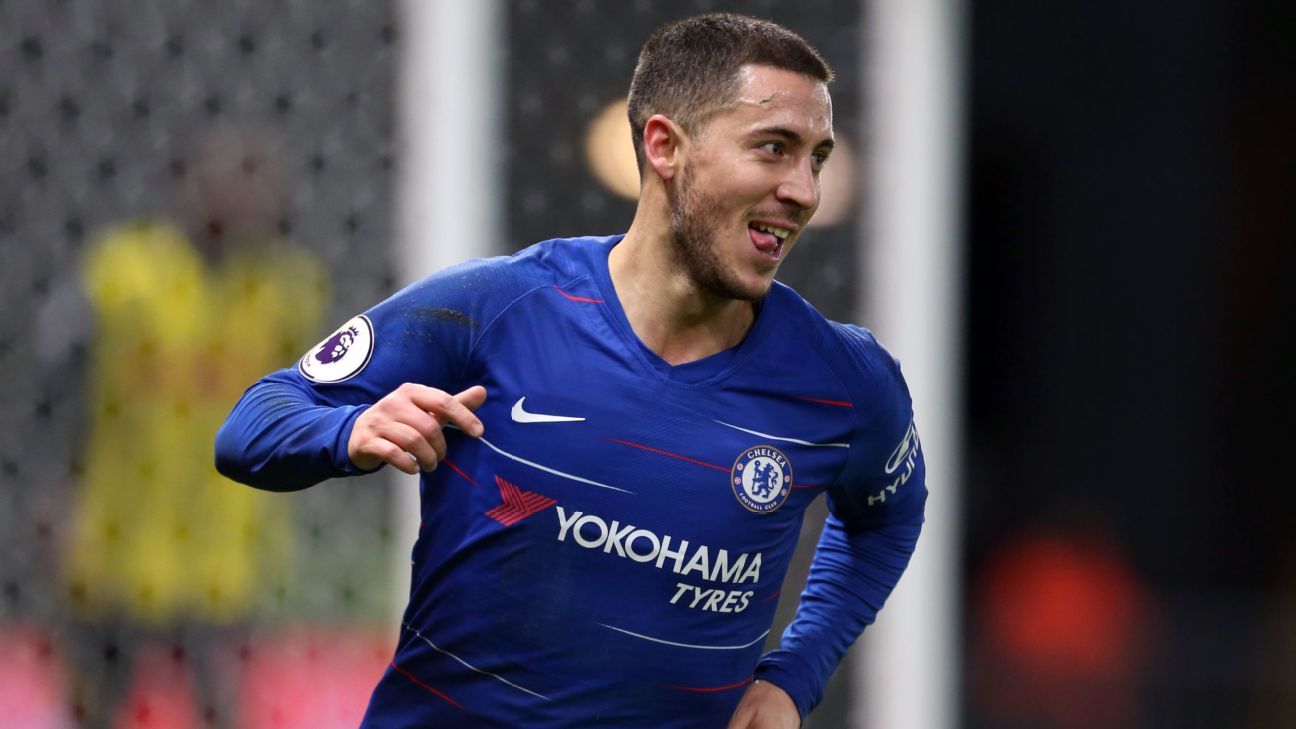 
Maurizio Sarri has said it’s “time to decide” Eden Hazard’s future as speculation rumbles on about whether the Belgian will stay at Chelsea or leave for Real Madrid at the end of the season.

Chelsea are desperate to keep Hazard, who passed the 100-goal mark for the club by netting twice in Wednesday’s 2-1 win over Watford, and sources have told ESPN FC that they are prepared to pay him more than N’Golo Kante’s £290,000-a-week package if he agrees to sign an extension.

Hazard, however, has repeatedly stated that he will wait until the end of the season — when he enters the final year of his current contract — before deciding his future, and Sarri has grown exasperated with facing constant questions on the subject.

“I don’t know [if he will stay] but I think it’s time to decide,” Sarri said of Hazard on Friday. “I have not the power to do this. I am the coach, not the president, I’m not in charge of the market.