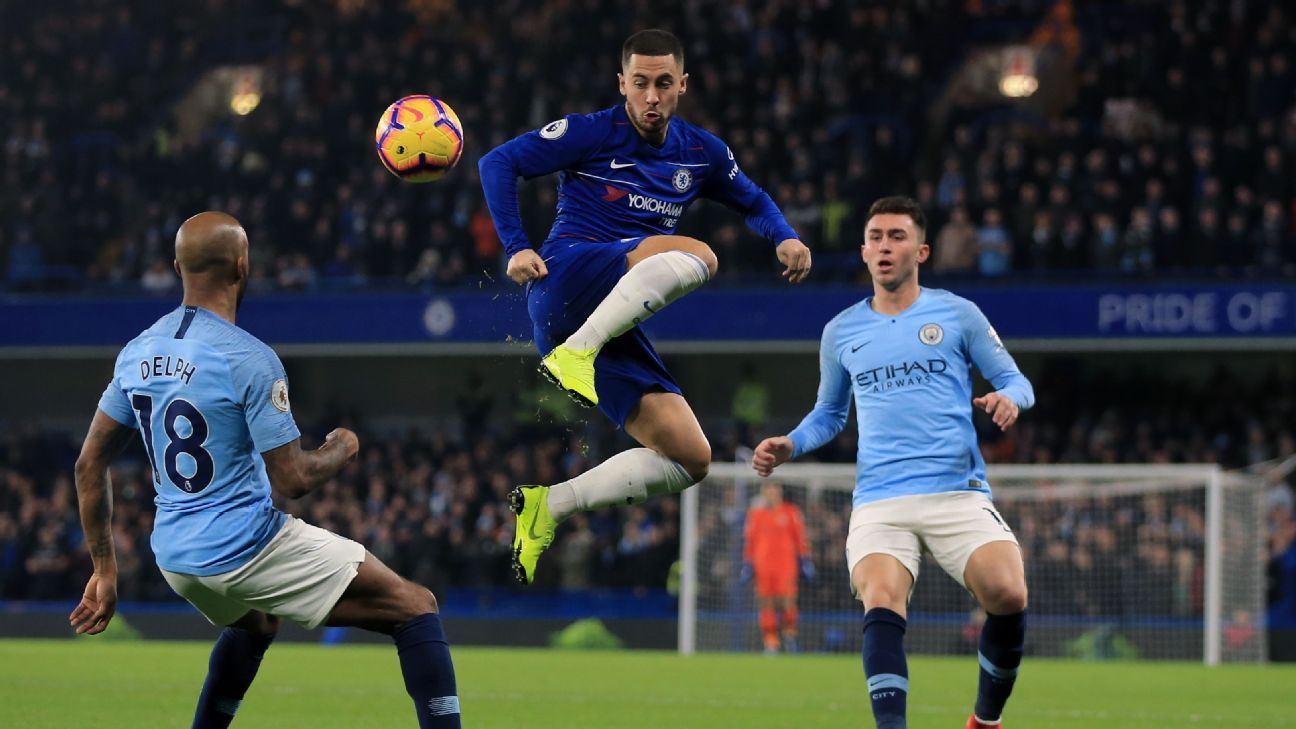 
LONDON — Maurizio Sarri challenged his Chelsea players to show the same level of determination against “small teams” after watching them hand Manchester City their first Premier League defeat of the season at Stamford Bridge.

Goals in each half from N’Golo Kante and David Luiz, combined with some spectacular last-ditch defending, gave Chelsea the perfect response to a midweek loss against Wolves and earned Sarri his first career victory over Guardiola.

Sarri insisted that Chelsea were deserving winners after overcoming a shaky start, but warned that their statement victory will be worthless if they allow their standards to slip when they go away to Brighton next weekend.

“We have a team with some difficulties to be motivated,” Sarri said. “In this kind of match it’s very easy to have great motivation, determination, the right level of aggression. Then during a season you have to play small teams.

“For example, in Brighton there will be three points on the pitch like today. We need continuity in motivation and determination. Otherwise we can win this kind of match and lose points in another match.”

Sarri sprang a surprise by deploying Eden Hazard as a false nine from the start for the first time this season and, after struggling to get the ball as City pressed in the opening stages, the Belgian’s influence grew and he ended the night with assists on both of Chelsea’s goals.

“We had Eden for the first time in that position and I think in the first 20, 25 minutes we didn’t work very well in the defensive movement in the opponents’ half,” Sarri added.

“Fortunately we defended very well in our half. Then we started to press a little bit better and after the first goal the match changed.

On the subject of Hazard’s performance, Sarri said: “He had some problems at the beginning of the match, but I think he played really a very great second half. Maybe he deserved to score today. I think it’s a very good option. We will play like today in the future for some matches of course.”

Hazard’s position change, coupled with Olivier Giroud’s presence on the bench, meant that Alvaro Morata missed out on a place in the match day squad entirely despite being fully fit to feature.

“The reason was clear,” Sarri explained. “We played with Hazard as a striker. So if we have to change something there was Giroud. I think it was useless to have two strikers on the bench and I prefer to have more midfielders. Today I was in trouble with the wingers. The only option was [Ruben Loftus-Cheek]. I prefer this.”